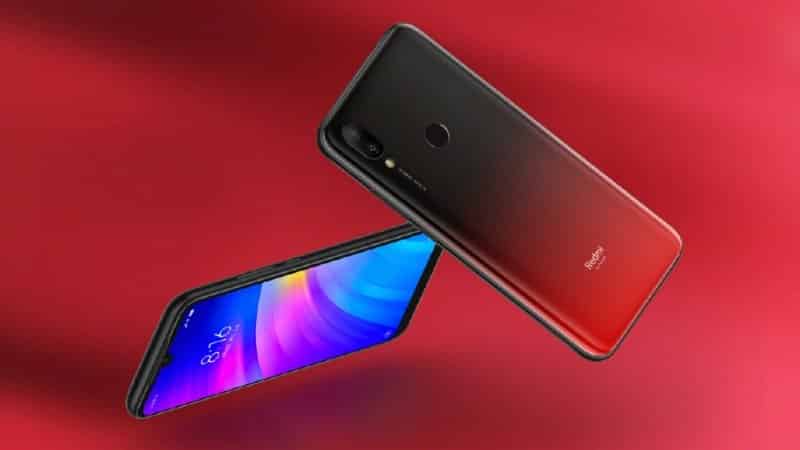 This is just another affordable Smartphone from Xiaomi, much like the Redmi Go in India. For reference purposes, the Redmi Go is also cheaper than the Nokia 1.

It is just an entry-level Smartphone, and the Redmi 7 is a lower-end version of the Redmi Note 7 Smartphone, which was launched few months ago.

To join the excessive competition, the mobile phone will definitely go up against the Oppo’s sub-brand Realme 3 Smartphone, which was unveiled recently.

Redmi 7 has been launched in China as the successor to last year’s Redmi 6 smartphone. Alongside the Redmi 7 official launch, Xiaomi also announced the China variant of the Redmi Note 7 Pro.

It is a budgeted Smartphone, you really don’t have to expect much from the mobile handset. You can find a peculiar and dazzling design.

Unlike the Redmi Go, the device comes with smaller bezels and a minimal chin at the bottom. And it also comes with a fingerprint sensor scanner at the back.

The phone comes in three different models, and available in in Dream Blue, Charm Night Red, and Bright Black colour options along with gradient and classic finishes.

The Redmi 7 comes with dual rear camera, and a single front facing selfie shooter, and the front and back cameras are enhanced with AI-features.

At the back of the handset, sit a dual camera which consists of 12-megapixel primary sensor along with an f/2.2 lens and a 2-megapixel secondary sensor.

While the water-drop notch display at the up front houses a 8-megapixel selfie camera, which packs AI Smart Beauty, Selfie Timer, and Face Unlock among others.

The mobile phone is powered by an Qualcomm Snapdragon 632 SoC, which runs at Octa-core 1.8GHz processor. And it is optimized for battery efficiency and faster performance

Like already aforementioned, the Redmi 7 is available in three different variant, there is the 2GB, 3GB, and 4GB RAM options.

But the internal storage options are only settled at 16GB, 32GB, and 64GB that all are expandable up to 512GB via a dedicated microSD card.

The phone is fueled by a 4,000mAh battery capacity with standard 10W charging, and comes with a P2i splash-resistant coating. It is a dual-SIM mobile handset. Redmi 7 runs Android 9 Pie with MIUI 10 on top.

For the availability, the Redmi 7 phone will go on sale in China starting March 26, and its first sale round has been scheduled at 10am local time. But the India launch still remains a mystery.