Realme Narzo 30A announced alongside the Realme Narzo 30 Pro 5G, these are the first phones in the Narzo series. The Narzo 30A offers more budgeted features and will be available from Flipkart and realme.com and offline stores from March 5th.

One of the best and noticeable features of the Narzo 30A is the long-lasting battery capacity, and it is even longer and larger than the 30 Pro 5G, offering a massive 6000mAh battery with support for 18W charging through USB Type-C. 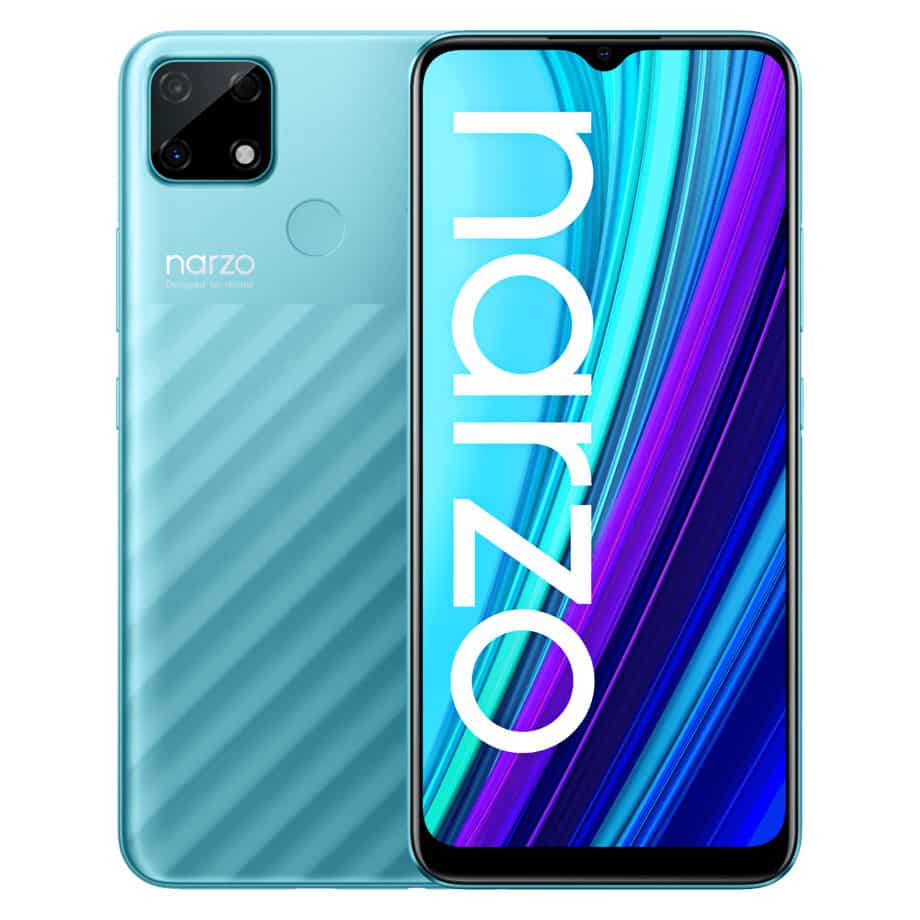 The Narzo 30A’s gigantic 6000mAh battery can be used as a power bank thanks to reverse charging. It offers 10 hours of gaming, 28 hours of Whatsapp chatting, and it can play YouTube videos for 27 hours on a single charge.

Aside from the battery capacity, every other specification is just normal. It sports a 6.5-inch HD+ 20:9 mini-drop display, up to 570 nits brightness in Sunlight Mode with 88.7% screen-to-body ratio and 720 pixels screen resolution.

The Pro display comes with 600 nits peak brightness, and both handsets use LCD panels. Which shifts the fingerprint sensor scanner to the side, comes with a 3.5mm audio jack, FM Radio, thick at 9.8mm, and weighs 207g.

It comes with a diagonal stripe design that doesn’t attract fingerprints, and features dedicated dual SIM and microSD slots. It runs on realme UI based on Android 10 OS, comes with Dual 4G VoLTE, WiFi 802.11 ac, Bluetooth 5, and GPS.

Narzo 30A’s rear camera is just normal and basic, offering a basic 13-megapixels camera with f/2.2 aperture, with supports for the LED flash, and offers 1080p 30fps video recording. There is an additional 2-megapixels B&W Portrait camera with an f/2.4 aperture.

On the front, inside the mini-drop display is an 8-megapixels front-facing camera with f/2.0 aperture. The Narzo 30A is powered by an Octa-Core MediaTek Helio G85 12nm processor with two Cortex-A75 cores at 2GHz and a Mali-G52 GPU. 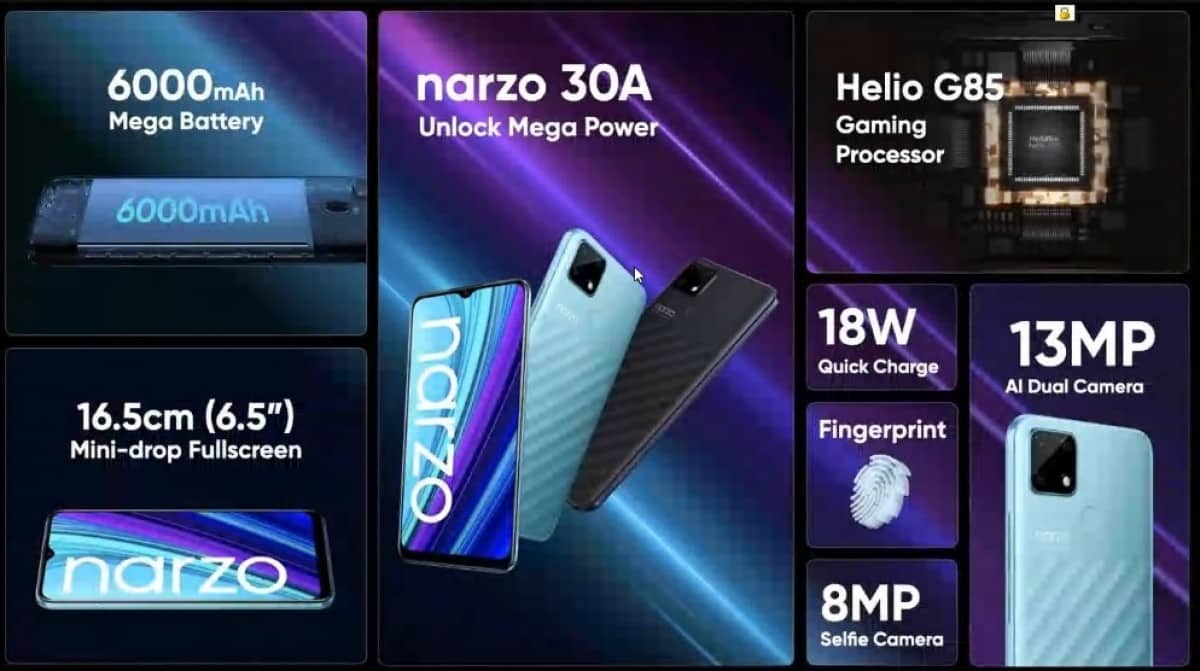 The Narzo 30A is actually a gaming handset, all thanks to the Helio G85 SoC, which MediaTek calls a gaming chipset. But the 30 Pro 5G is quite higher and offers more, Realme said it is the “most powerful 5G gaming mid-ranger” with a better processor.