realme C25s officially unveiled in India with a 6.5-inch display and powered by MediaTek Helio G85 chipset with a 6000mAh battery capacity, which can last up to a few days on a full charge.

The realme C25s is a more improved version of the realme C25 that was introduced around April this year. The only difference between these two is the processor, while the remaining specifications are identical to each other.

As assumed, it arrives with a 6.5-inch 720 pixels HD+ 20:9 mini-drop display with up to 570 nits brightness. It isn’t that tall but will definitely provide an immersive display, offering slimmer bezels at 9.6mm thick, and weighs 209g. 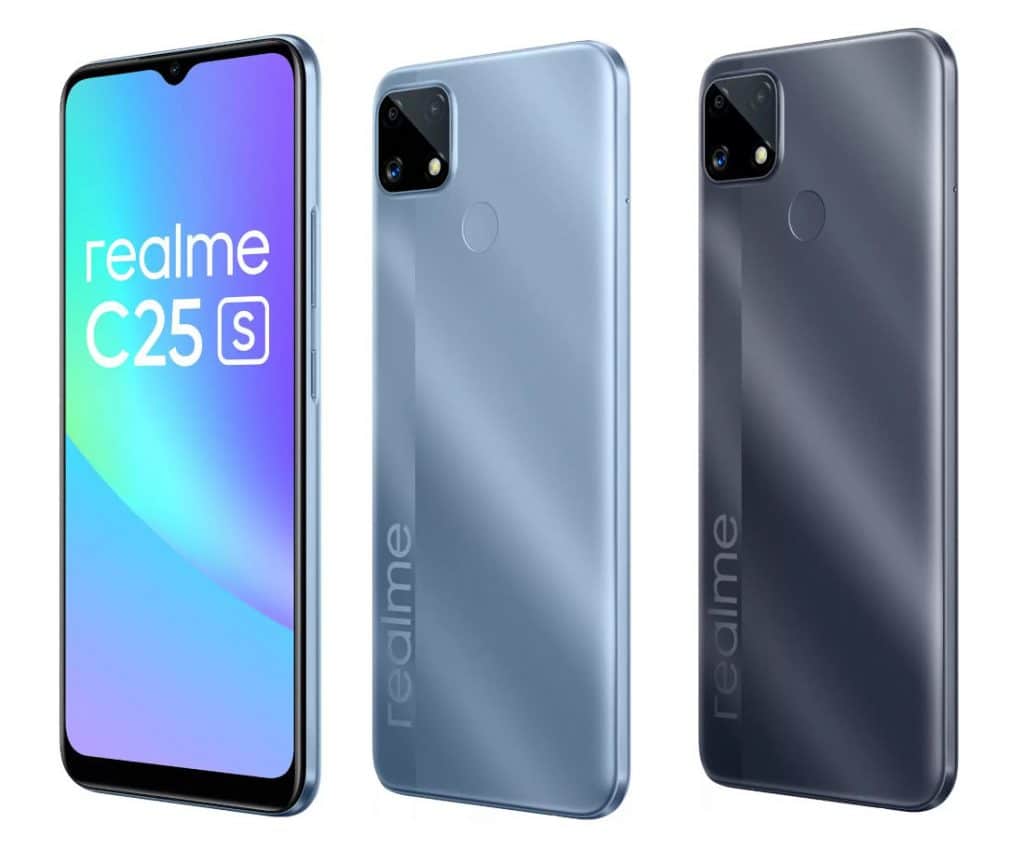 It comes with a rear-mounted fingerprint scanner and supports Dual SIM mode, nano + nano + microSD. It is an entry-level Smartphone, so it still gets a 3.5mm audio jack, FM Radio support, and comes with Splash resistance.

The realme C25s’s mini-drop display houses a single 8-megapixels front-facing camera with its camera features to provide a durable selfie. Around the back is the triple camera setup, with the main f/2.2 13-megapixels camera lens.

The primary camera comes with supports LED flash, PDAF, and can record 1080p 30fps video recording. Others include the secondary 2-megapixels B&W portrait and 2-megapixels macro sensor with f/2.4 aperture. 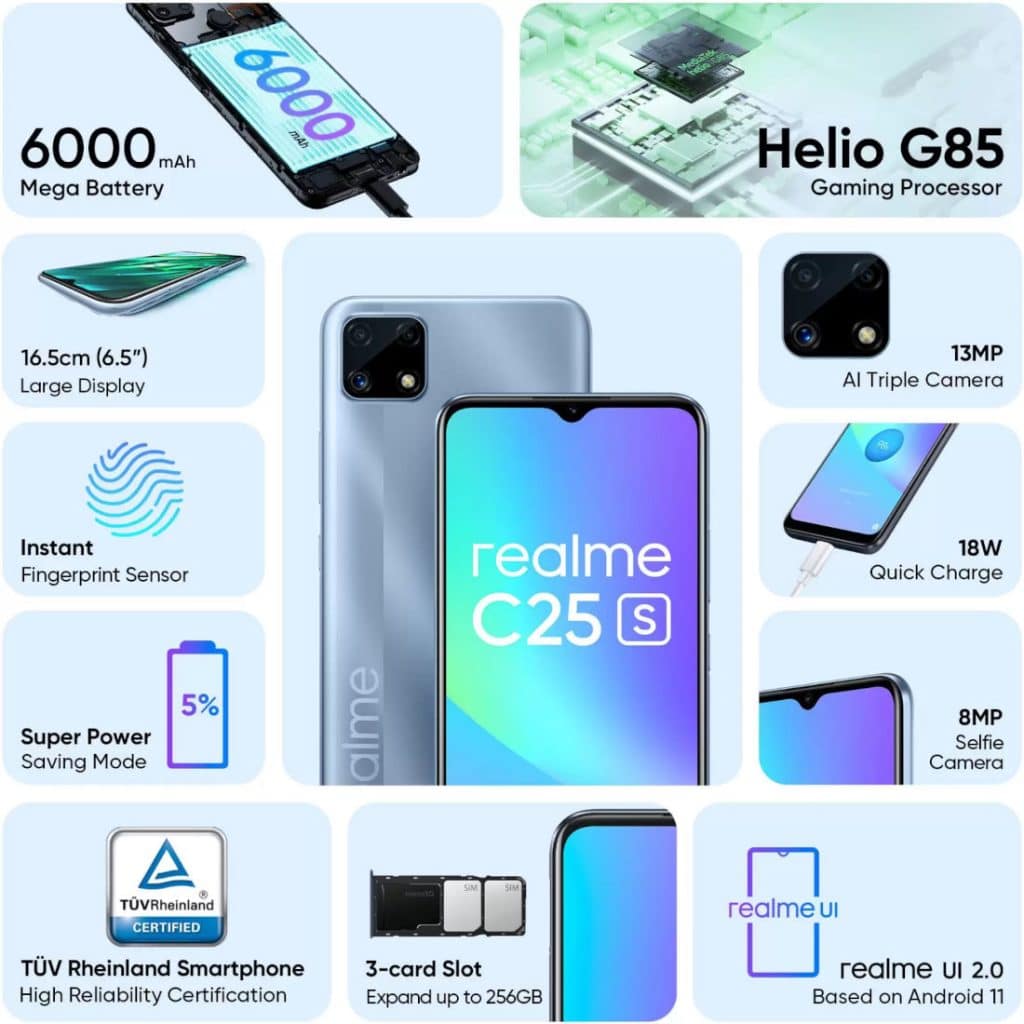 Powering this device is the MediaTek Helio G85 12nm processor with all its Core CPUs – Dual Cortex-A75 and Hexa 6x Cortex-A55 CPUs clocked at 2GHz processor coupled with up to 1000MHz ARM Mali-G52 2EEMC2 GPU. 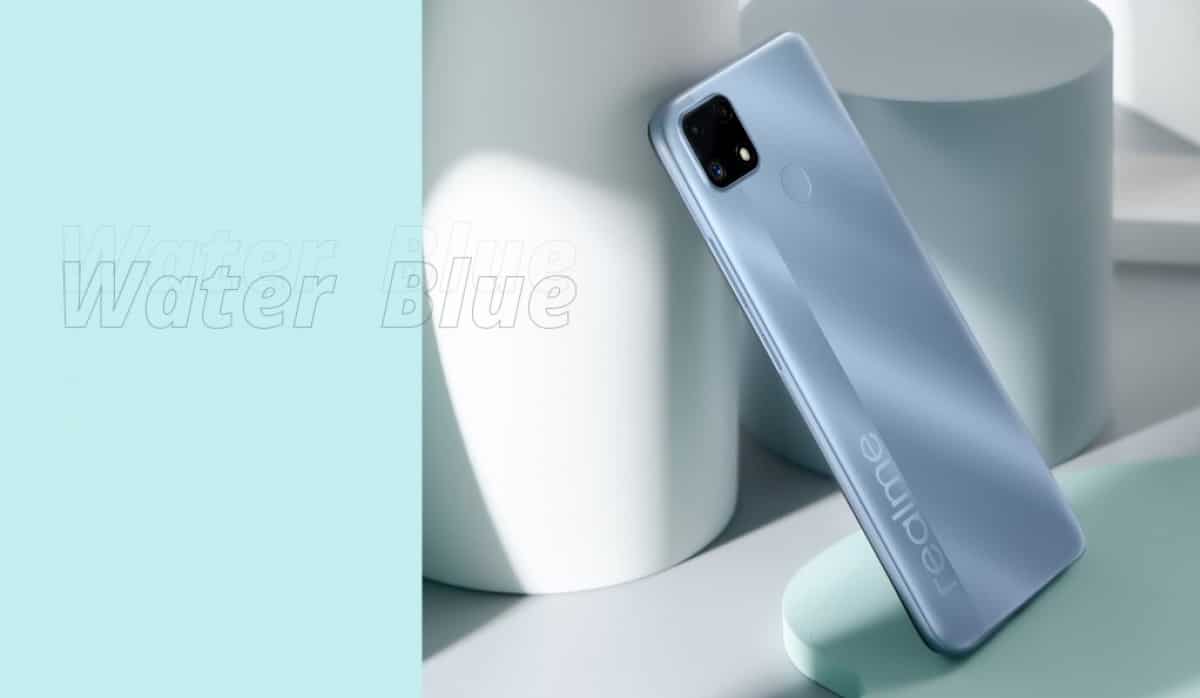 For availabilities, these Smartphones in two configurations will be available starting from June 9th via Flipkart, realme.com, and offline stores.