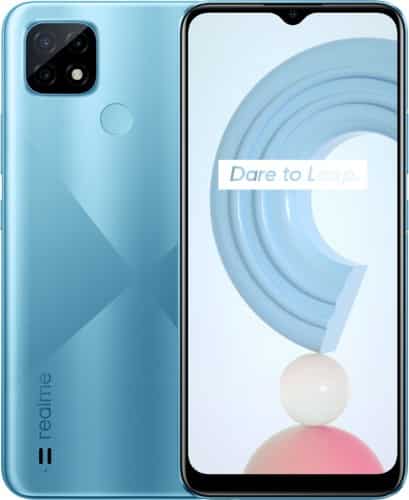 Realme introduces its latest affordable Smartphone in Malaysia today, it is the Realme C21 with a large screen display, powered by the Helio G35 SoC, and comes with a massive battery capacity.

Around January this year, the company launched the Realme C20 and it is almost identical to its successor, the Realme C21. Although the C20 arrived with a single camera on the back, 2GB RAM and it starts at an affordable rate, $105.

It still sports a water-drop notch display at the top-center of the display that houses a 5-megapixels selfie camera with beautification and other front camera feature.

Instead of the lonely 8-megapixels shooter on the back of the Realme C20, the company decided to revamped and upgrade the cameras, thereby, providing a triple camera setup, a primary 13-megapixels lens, secondary 2-megapixels macro, and 2-megapixels monochrome units.

The MediaTek Helio G35 processor still powers up the Realme C21, but it still offers 3GB OF RAM and the same 32GB of internal storage as its lone variant. However, you can expand the storage memory up to 256GB through a dedicated microSD card slot.

It runs Android 10-based Realme UI out of the box, features a fingerprint scanner for biometric authentication, Cross Blue and Cross Black colors options, a back speaker, a 3.5mm audio jack on the bottom, and a microphone.

Identical to the C20, it sports a 5000mAh battery capacity through a traditional MicroUSB port and still supports reverse charging. The Realme C21’s lone variant is priced at RM499 ($120) and you can purchase this device in Malaysia through online retailer Lazada.Realme C20