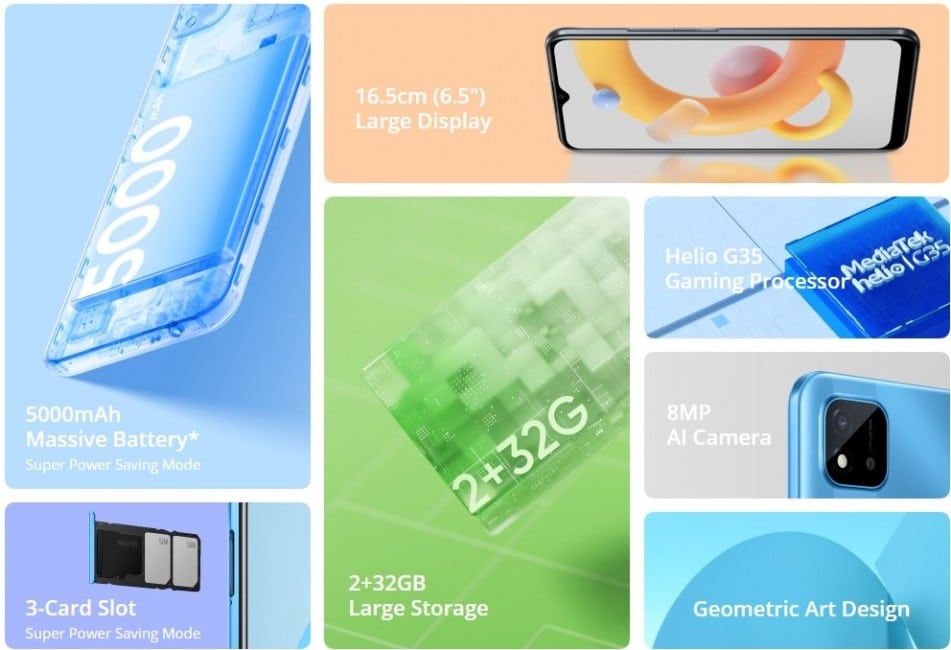 Realme C20A announced as the company’s latest entry-level Smartphone and it is powered by MediaTek’s Helio G35 SoC with a large 5,000mAh battery that supports a slower 10W charging capability.

The Realme C20A was introduced after the C20 and C21 went official earlier this year. In another case, it is more like a rebranded Realme C20 that was launched in January, thanks to the major similarities.

It is a pretty decent mobile handset offering entry-level specifications and features. Realme C20A has been launched in Bangladesh and arrives in two distinctive color options to choose from. 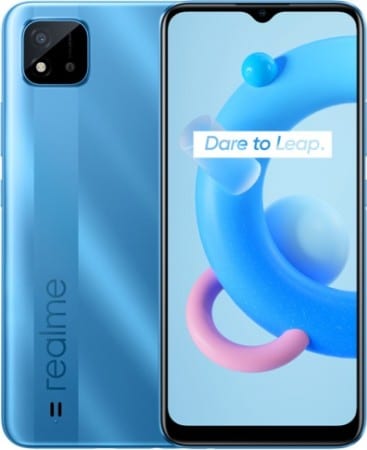 Realme C20A sports a 6.5-inch HD+ 720p display with a 20:9 aspect ratio. Well, the display is quite large and not that ergonomic but remember, it is a standard budgeted Smartphone.

It comes with a waterdrop notch at the top display, featuring a single 5-megapixel selfie camera sensor with an f/2.2 lens. Around the back is a single lens also, an 8-megapixel camera with an f/2.0 lens joined by an LED flash.

The design of the Realme C20A is quite unique, it is what Realme calls a “Geometric Art Design” which gives the back panel an impressive look. The company removed the fingerprint reader on the rear panel.

Powering the Smartphone is the MediaTek Helio G35 processor, it’s a gaming chipset, which is undoubtedly a chipset for such a device. It is available in a single variant, 2GB LPDDR4X RAM / 32GB internal storage.

It comes with a dedicated microSD card slot for storage expansion by up to 256GB. Allowing you to store more files, such as documents, photos, movies, music, and more. The smartphone boots Android 10-based Realme UI.

The Realme C20A will come in Iron Grey and Lake Blue color options. The 5000mAh battery draws power through a MicroUSB port and comes with support for reverse wired charging. Allowing you to use your device as a power bank.