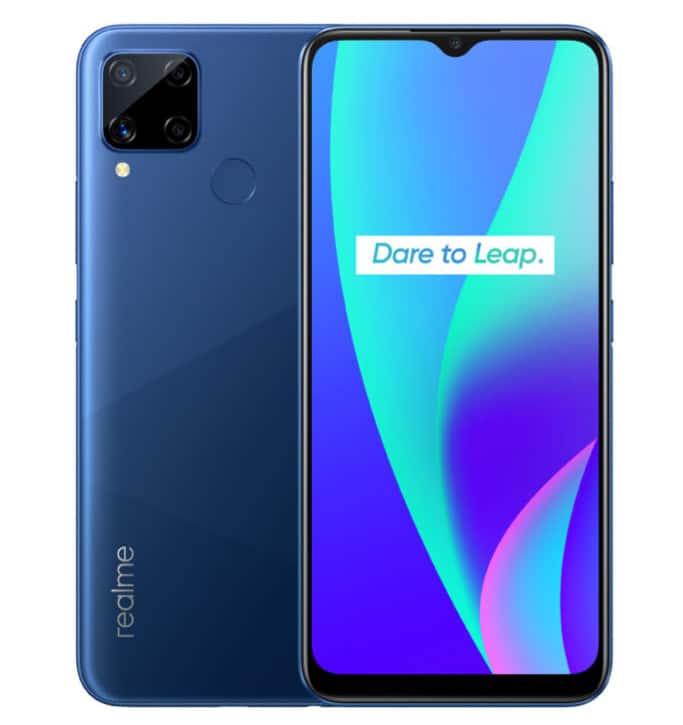 The Realme C series in Indonesia is the company’s entry-level lineup, and the C15 is its newest member. Most of the phone’s features are quite similar and identical to Realme C11.

The Realme C15 Smartphone comes with a 6.5-inch HD+ mini-drop display with 88.7% screen-to-body ratio, screen resolution of 720 pixels, and comes with a Corning Gorilla Glass 3+ protection.

The phone is powered by an Octa-Core MediaTek Helio G35 12nm processor, running at 2.3GHz clock speed, with IMG PowerVR GE8320 GPU. It runs on realme UI based on Android 10 OS out of the box.

It is available in 3GB / 4GB RAM with 64GB, and 4GB RAM with 128GB storage, and it is expandable up to 256GB with a dedicated microSD card slot option. There is a massive 6000mAh battery with 18w charging to keep the phone lights on.