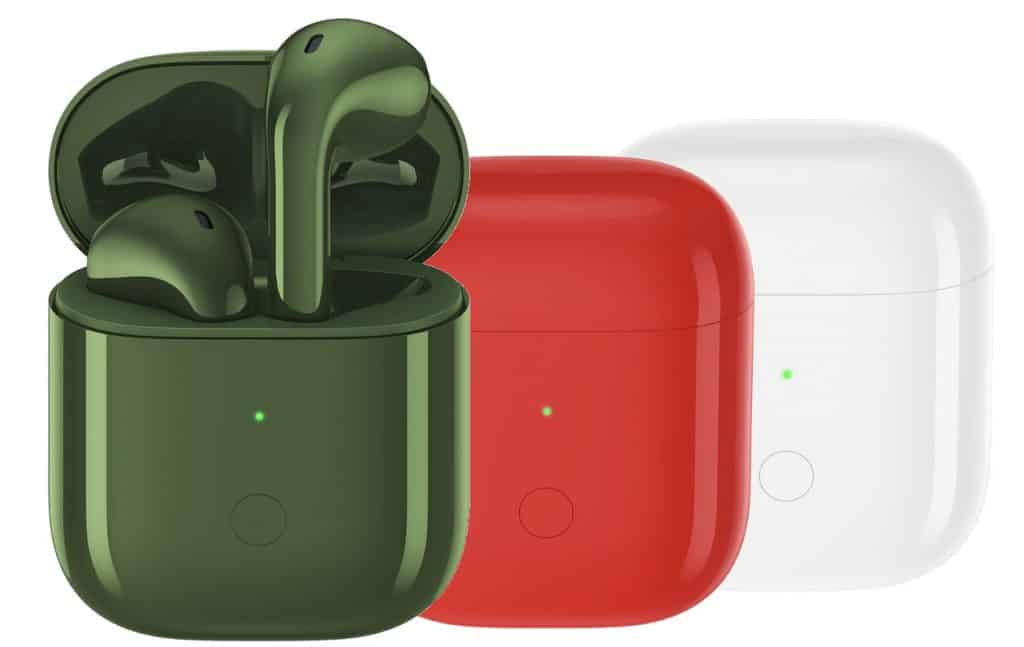 The Realme Buds Air Neo is the company’s second true wireless earphones in India with 13mm drivers, Bluetooth 5.0 support, low-latency gaming mode, touch controls and has a similar semi-open design with its predecessor.

Buds Air is the company’s first TWS in India, and today, Realme has announced its successor – The Realme Buds Air Neo. And it promises up to 17 hours of battery life with the case and 3 hours standalone battery life.

The design and touch controls are quite similar to the predecessor, the Buds Air. Where you can see the call control, track change, Google Assistant as the touch controls.

Features the 13mm driver that promises dynamic bass and LCP advanced multi-layer composite diaphragm. It measures 17.7mm for the earphones and 25.3mm for the case. While the headset and case weigh 4.1g and 30.5g respectively.

It arrives with a Bluetooth 5.0 (AAC codec) support that allows the device to connects to both Android and iOS devices. There is the AAC audio codec for an enhanced audio experience.

Realme Buds Air Neo features a low-latency gaming mode, and thanks to the R1 chip, it promises a 50% reduction in latency when gaming. The Realme Buds Air comes in White, Green, and Red color options.

In order to keep the Buds going on for hours, it comes with a 25mAh battery that supports 3 hours of standalone playback on each headset, and 17 hours with the 400mAh charging case, which charges via micro USB charging.

The Realme Buds Air will be available from Flipkart and realme.com starting from today at 3 PM in a limited number in Hate-to-Wait sale for the White version for Rs. 2999. Meanwhile, the company will bring out the other colors soon.