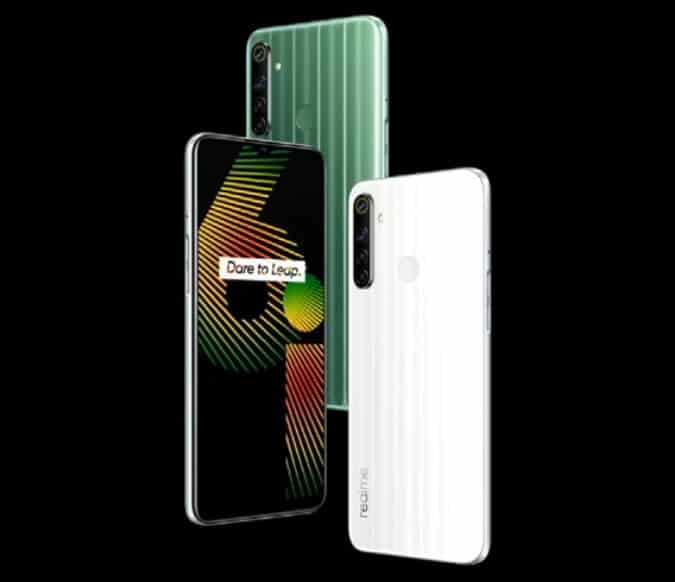 The Realme 6i debuts with a 6.5-inch mini-drop display, powered by Helio G80, runs on Android 10, with a main 48-megapixels QUAD rear camera, and a 5000mAh battery to keep up the light.

Notably, the Realme 6i is the world’s first smartphone powered by MediaTek’s Helio G80 SoC and the company’s latest budgeted device, and the official successor to the previously announced Realme 5i.

Well, the differences between both phones are quite much. The upgrade on Realme 5i from the Realme 6i includes the processor, the main camera, memory and storage configuration, front camera, and OS.

Realme brought a series of changes to Realme 6i. Both devices come with a 6.5-inch 720 pixels HD+ 20:9 mini-drop display with Corning Gorilla Glass 3+ protection but the Realme 6i is available in White Milk and Green Tea colors option.

The Realme 6i comes with a 48-megapixels rear camera with f/1.8 aperture, LED flash, PDAF, 1080p 30fps video recording, which is higher than the 12MP rear camera on the Realme 5i.

There was an 8-megapixels front-facing camera on the Realme 5i, while the Realme 6i features a 16MP selfie camera with f/2.0 aperture, 1μm pixel size inside the mini-drop display.

Fortunately, Realme retains the 3.5mm audio jack, and others include FM Radio, Dual 4G VoLTE, WiFi 802.11 ac, Bluetooth 5, GPS/ GLONASS/ Beidou, but there is an upgrade from micro-USB on Realme 5i to Realme 6i USB Type-C.

You can find the phone in two major configurations, the 3GB RAM with 64GB storage and 4GB RAM with 128GB, which can be expanded up to 256GB with microSD.

There’s also a fingerprint reader on the rear for biometric authentication, runs on realme UI based on Android 10, Dual SIM and fueled by a 5000mAh battery with 18W charging and reverse wired charging support.

For availability, you can start pre-ordering the Realme 6i in Myanmar from 18 – 26 of March, if you are among the pre-orders, you will get a free realme t-shirt and a Bluetooth speaker. While the phone sales will begin on March 29th.