At an event in India on Wednesday, Oppo’s Realme announced the Realme X2 Pro and Realme 5s with 6.5-inch display, 48-megapixels Quad rear cameras, 5000mAh battery and powered by a Snapdragon 665 11nm SoC with 4GB RAM.

The Realme X2 PRO is the company’s latest flagship, and was first announced in China with 90Hz refresh rate, Snapdragon 855 Plus with up to 12GB RAM. It is the successor to the Realme X2.

On the other hand, the Realme 5s is an enhanced version of the previous Realme 5. It made it first appearance in India, with a starting price of Rs. 9999. 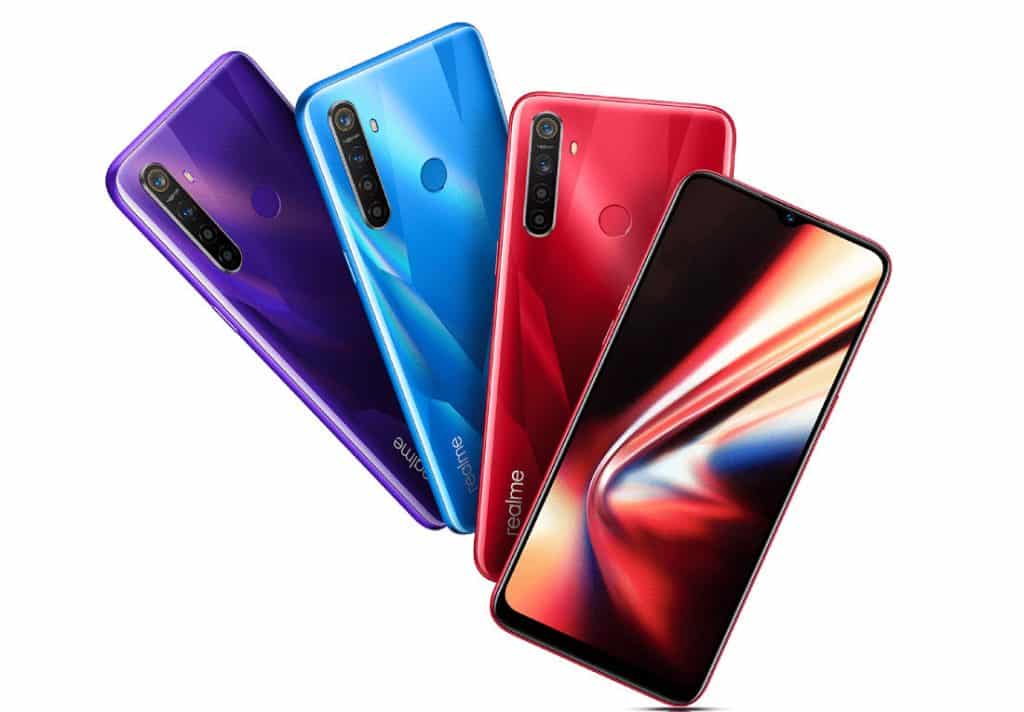 It flaunts an enhanced diamond-cut design with what the company calls a holographic colour effect. Which is much like a plastic back with crystal design that offers a combination of glossy surface and nano-scale texture

Packs a rear-mounted fingerprint sensor, splash-resistant and QUAD-rear camera at the back. It is available in Crystal Blue, Crystal Purple, and Crystal Red color options.

It is available in either 64GB storage / 128GB storage, which is expandable up to 256GB with microSD and runs on ColorOS 6.0 realme edition based on Android 9.0 (Pie).

Under the hood, the Realme 5s is backed by a 5000mAh battery capacity with 10W charging, which the company claims that it can provide a 718 hours standby time and video watching time of 12 hours.

The major differences between the Realme 5 and Realme 5s is the 48-megapixels main camera, more base storage and new paint job. There is also the Realme 5 PRO.