The Realme 5i is the fourth device in the Realme 5 family lineup, where we have the Realme 5, Realme 5s, and Realme 5 Pro. But the new 5i bears a different body design.

Realme 5i was officially announced in Vietnam. But it will be launched in India on January 9th on Flipkart. The Realme 5i is basically a Realme 5 with identical specs. 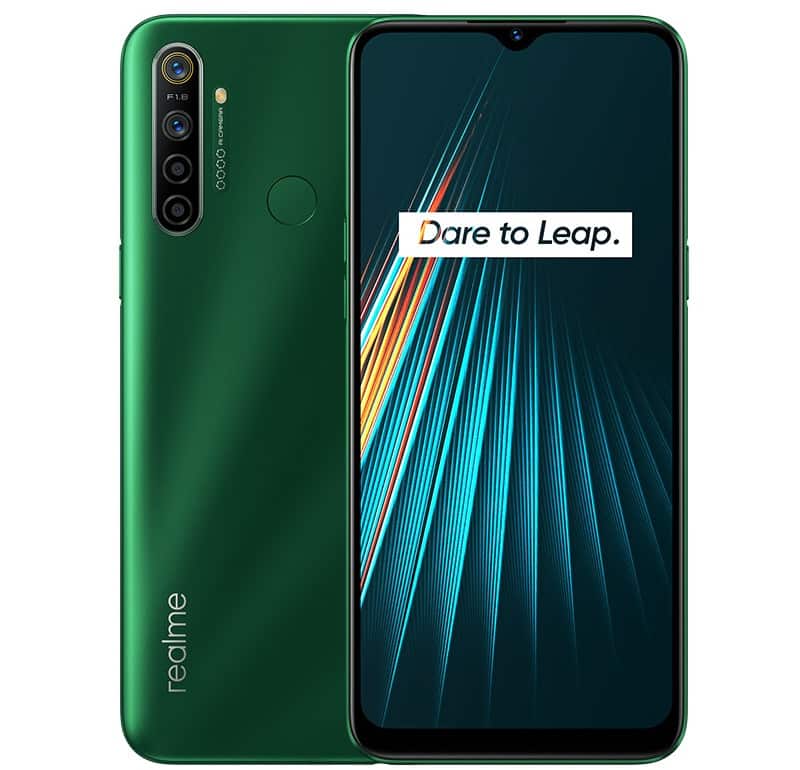 Realme 5i packs an amazing sunrise design, with a rear-mounted fingerprint sensor scanner. Features a 6.5” screen features an IPS panel with 720 x 1,600px resolution with a Gorilla Glass and 480 nits of brightness.

On top of the screen display, there is a teardrop notch, which holds the single 8-megapixels selfie camera. Well, the bezels surrounding the display of the phone is quite minimal and small.

It comes with a vertically aligned QUAD-rear camera, consisting of the main 12-megapixels sensor with f/1.8 aperture, 8-megapixels ultrawide angle camera, with 119° field of view and supports Super Night mode.

The 12MP main camera can also shoot 4K video at 30fps or go slow with 120fps slow-mo mode. Meanwhile, the other two 2-megapixels stands as a macro camera (4cm distance) and as a depth sensor.

Under the hood, the phone is powered by an Octa-Core Snapdragon 665 11nm Mobile Platform with Adreno 610 GPU, coupled with 3GB/4GB RAM, 32GB/64GB storage, expandable memory up to 256GB with microSD.

Supports Dual SIM (nano + nano + microSD), fingerprint sensor, and runs on ColorOS 6.1 based on Android 9.0 (Pie) out of the box. The phone is backed by a 5000mAh battery with 10W charging.