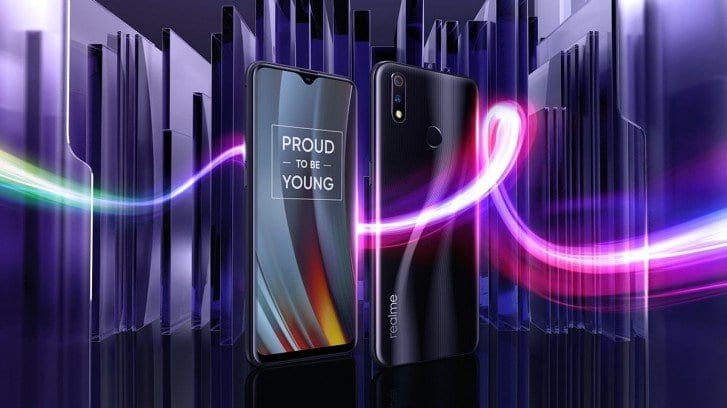 The Realme 3 Pro is the souped up variant of the already announced, Realme 3 Smartphone. For starters, the handset comes with distinctive specs and features.

Like others in the budgeted series, the newly announced Realme 3 Pro is the direct affordable competitor to the Redmi Note 7 Pro.

Well, Xiaomi and its sub-brand company Redmi aren’t the only ones to be worried concerning Realme‘s 9 phones but Samsung should also be among. 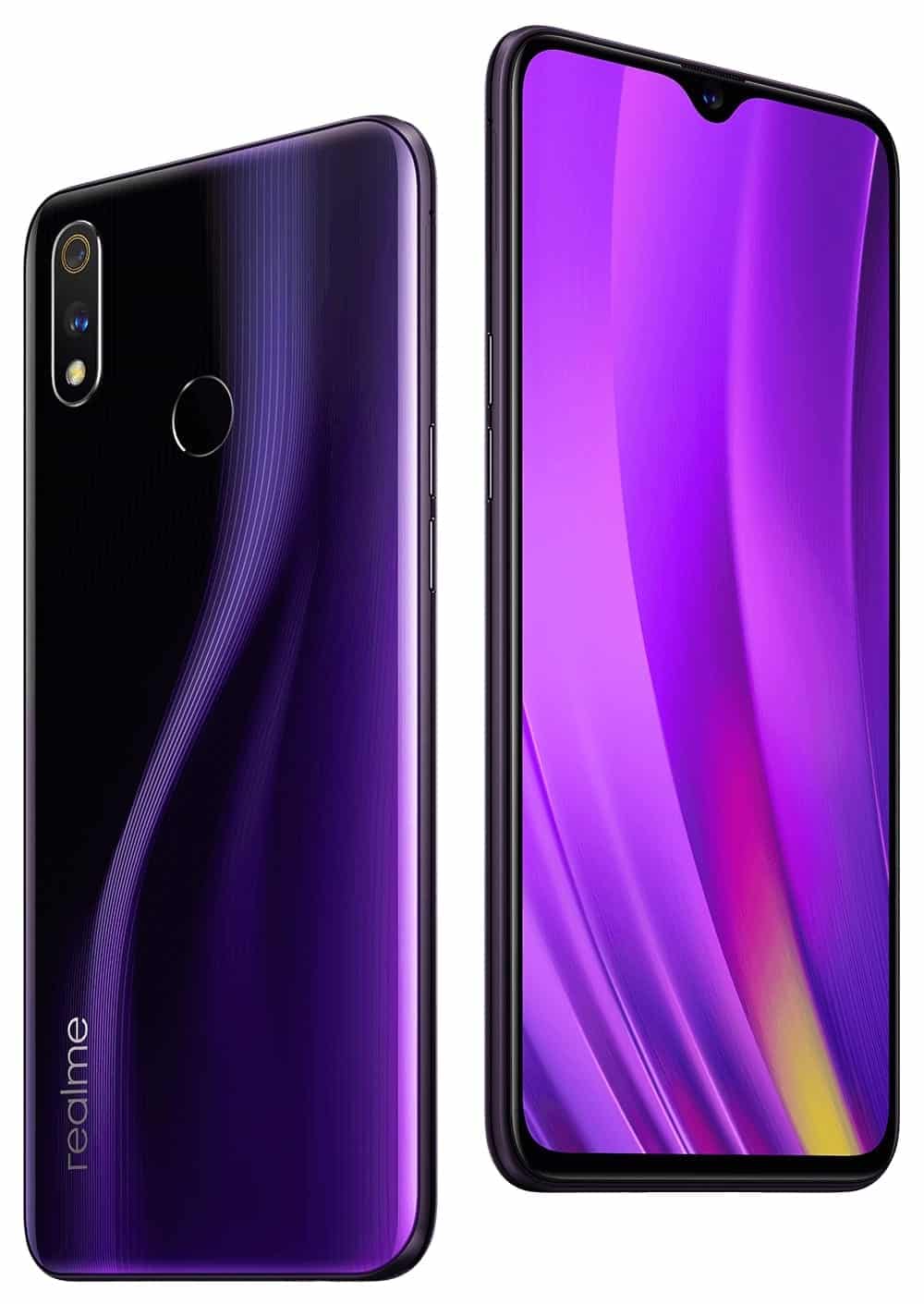 The Realme 3 Pro arrives with a unique design, which the company is calling a 3D Speedway design, it is a multi-layer plastic back, and a respectable polycarbonate frame.

One of the most surprising design at the back panel, is the two opposing patterns of converging waves meeting to form a curvy S-shape in the middle.

The company is keeping the Realme 3 Pro bezels thinner, a chin at the bottom, as it boasts of a massive 90.8% aspect ratio. Providing an immersive full screen display.

Realme 3 Pro buttons are situated at its normal parts, the power button stays at the right, while the two volume buttons are on the left.

On the left side of the phone, just above the volume buttons, is the card slot. The tray has cutouts for two nano SIMs and a microSD slot.

The back design is interrupted by the dual rear cameras setup, and a fingerprint sensor scanner. And the Realme company’s logo stays vertically on one side.

For the imaging, the Realme 3 Pro comes with three camera in total, a dual rear camera lens, and a single front facing selfie shooter.

Unlike the Realme 3 with a single 13-megapixels front camera, the Realme 3 Pro arrives with a powerful 25-megapixels AI selfie camera with fixed focus and standard f/2.0 lens.

The 25MP selfie shooter supports 4-in-1 super pixel, 1.8μm large pixel. Both the front and back camera comes with a lot of advanced features.

The Realme 3 Pro arrives with different and improved camera features, which includes Chroma Boost for more contrast photos, Nightscape Mode to take proper pictures in the dark, along with slow-mo videos in 960 fps with HD quality.

Frankly, by the end of 2017, all Smartphone maker are expected to dust the microUSB port on the bottom away, and should switch to USB-C but that is not the case with the new Realme 3 Pro.

The user interface of the Realme 3 Pro is seamless and increased in its performance, all thanks to the 10nm Qualcomm Snapdragon 710 AIE, which is clocked at 2.2GHz Octa-core processor.

Arrives with multi-core AI Engine and Adreno 616 GPU, which allows you to play intensive games. And it runs Oppo’s latest Color OS 6 based on Android 9 Pie OS.

Fortunately, all the three variant are available with a dedicated microSD slot, which you can expand up to 256GB. Allowing you to store more files, such as photos and the music.

Realme 3 Pro is fueled by a 4045mAh battery capacity, and it also arrives with Oppo’s fast charging, VOOC 3.0 with 20W charger in the retail box.

If you are interested, you can purchase the phone starting from next Monday on Flipkart, at Realme.com first pop-up store and other numerous online and offline stores.