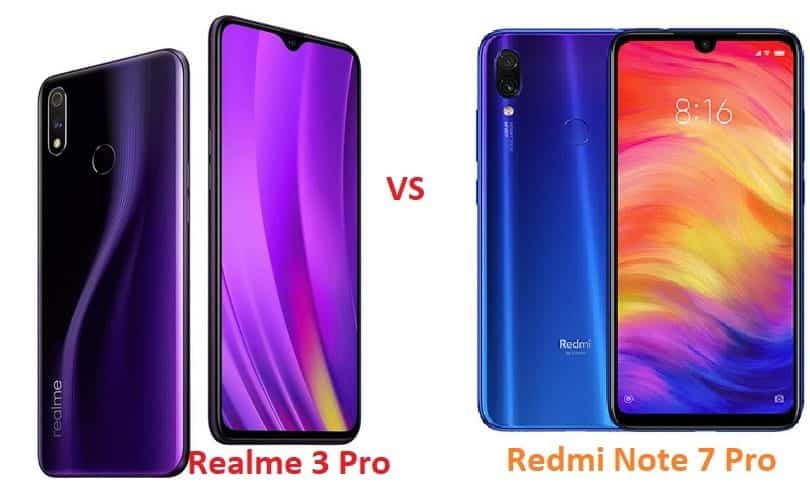 After the official launch of the Realme 3 PRO with impressive features, the Xiaomi’s backed Redmi Note 7 Pro should be a little bit afraid.

The Redmi Note 7 Pro is an exclusive Smartphone with water-drop notch display, dual rear camera of 48MP+5MP lens, and powered by a Snapdragon 675 SoC.

While on the other hand, the newly announced, Realme 3 Pro packs a respectful dewdrop-notch display style, dual rear cameras, and powered by a mid-range Snapdragon 710 chipset.

The Realme 3 PRO and Redmi Note 7 Pro has one thing in common, and that is to battle for an exclusive title of the most affordable phone in India.

Between the both phones, you can really understand the major differences and similarities. Anyways, lets checkout the official specs of Redmi Note 7 Pro. 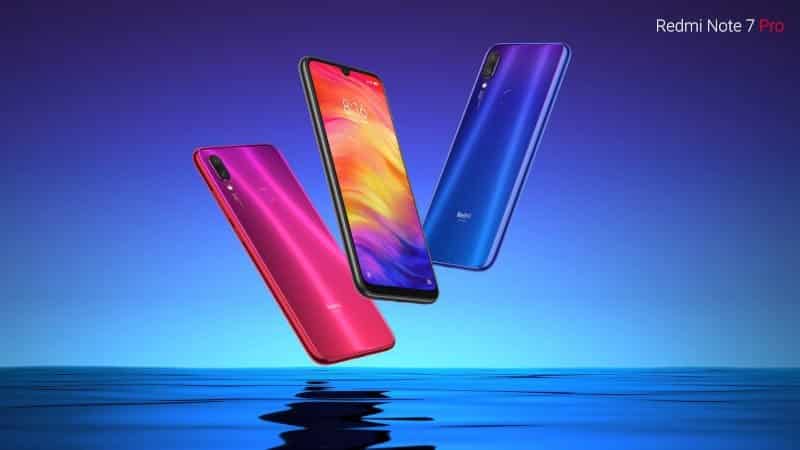 The Realme 3 Pro and Redmi Note 7 Pro both arrives with a 6.3-inch, 19.5:9 aspect with FHD+ and water-drop notch display design.

And they arrive in three different color options, but distinct color options. The screen display is protected by a Corning Gorilla Glass 5.

Redmi Note 7 Pro and Realme 3 Pro both comes in two major variant, 4GB and 6GB of RAM. Alongside with 64GB and 128GB of internal storage option.

The network and connectivity features are the same also, while the rear mounted fingerprint sensor scanner sits at the back of the phones.

Also Read: Redmi Note 7 vs Realme 3 – The most affordable handset is?

One of the major differences between the both phones is the cameras. Although, they are other numerous distinct features also.

The Realme 3 Pro arrives with a powerful 25-megepixels selfie snapper, while the Note 7 PRO packs a reputable 13-megapixel front shooter, they both support AI features.

At the back of the phones includes a dual camera setup, but the Note 7 Pro sports a 48-megapixel sensor with f/1.79 lens and a 5-megapixel secondary depth sensor.

While the Realme 3 Pro arrives with a primary 16MP, f/1.7 lens and a secondary 5MP depth sensor with LED flash support. As usual, it arrives with bunch of camera features.

Displeasing differences is the availability of a dated microUSB port on the Realme 3 Pro, while the Note 7 Pro comes with USB Type-C port.

By now, Smartphone makers are expected to ditch the old-fashioned charging port by 2017, and embrace the USB Type-C port. Thankfully, they both support 3.5mm audio jack port.

Both phones runs on the latest Android 9 Pie OS, with different company’s skin on top. While the Realme 3 Pro with ColorOS 6.0 and Note 7 Pro with MIUI 10 on top.

In order to keep the phone powered on, the Realme 3 Pro is fueled by a 4,045mAh battery capacity with VOOC 3.0 fast charging support. While the Redmi Note 7 Pro with a 4,000mAh battery and Quick Charge 4.0 fast charging technology.