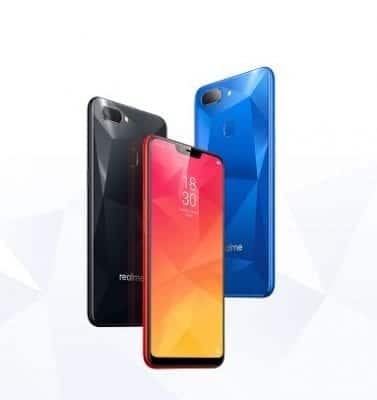 And finally, after the adverts and other necessary pre-launch posts. Here is the sophisticated Oppo Realme 2. Recently, Oppo launched a sub-brand company, Realme. The sub-brand company wants to take over the affordable mobile phone markets in India.

Oppo Realme is meant to compete with Xiaomi Redmi series but sub-brand is becoming a thing in India. Recently, Xiaomi also announced Pocophone brand name, and of course, their first Smartphone is out! 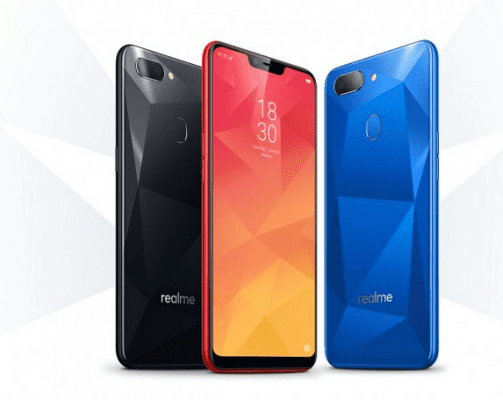 Barely a month after the first Realme 1, the successor is out and it is known as the Realme 2. Being the second Smartphone from Oppo, the Realme 2 is a notched Android Smartphone with varieties of gradient specs and features.

Featuring a immersive and tall 6.2-inch with a notch display, unfortunately, there is a low screen resolution of 720p. But the clean and shiny design might strike as a strong competition in its own markets.

However, there is 19:9 aspect ratio, offering at 88.8 screen-to-body ratio. And the screen display is protected by a Corning Third Generation Glass.

Another major difference is the camera, the Realme 2 comes with a dual camera setup at the back, which consists of primary 13-megapixels f/2.2 aperture and secondary 2-megapixels f/2.4 aperture and it boasts of Portrait mode. Which is the background blurring.

And on the front selfie snapper, it arrives with a 8-megapixels f/2.2 aperture. It is enhanced with fixed focus and offers a 85-degree wide-angle lens. Brings in a AI beauty selfie 2.0 and AR stickers. It is much like the Oppo’s thing and Realme 1, the Realme 2 front camera acts as Face unlock.

There is a handful of features on the connectivity and network, dual 4G VoLTE, Wi-Fi, Bluetooth v4.2, GPS/ A-GPS, GLONASS, Micro-USB with OTG support, and a 3.5mm headphone jack.

And here is the surprise part, the Realme 2 in this area, seems like a lower variants, to the Realme 1. The predecessor is available in three different variants, there is the 3GB / 4GB and 6GB RAM but that is not the case for the Realme 2 with just 3GB and 4GB RAM.

Considering this part, the Realme is not much of a high-end or a successor. The processor chipset is quite different the Realme 2 is powered by a Qualcomm Snapdragon 450 processor, with 1.8Ghz Octa-core CPU. With the Adreno 506 GPU, to handle the graphic performance.

However, it runs on Android 8.1 on ColorOS 5.1 version, which is the latest. There is the 32GB/ 64GB of onboard storage, which will be expandable up to 256GB via microSD card.

The Realme 2 also comes with a bigger 4230mAh battery with 5V/2A (10W) adaptor. According to Oppo, it is managed with AI Power master, which smartly suspends inactive apps and maintains a high power efficiency. Oppo claims up to 44 hours of call time, 18 hours of music playback and up to 10 hours of gaming.

Oppo will hold the first Realme 2 sale on September 12 and will start selling the Diamond Blue in early October.