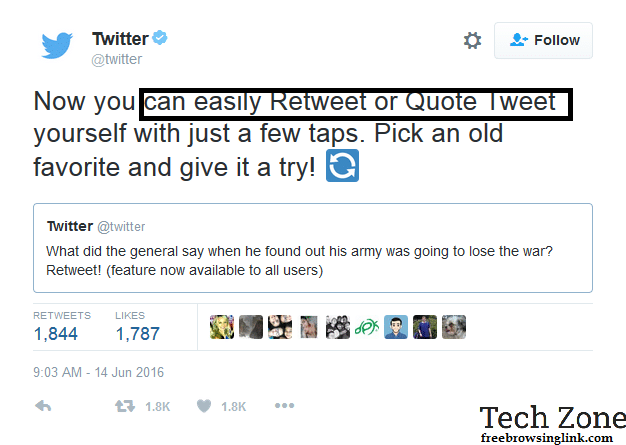 Almost a day ago, Twitter launches a new Block Feature, where a Blocked Users will not be able to see your timeline post again. With the latest Twitter Blocked feature, you can block any annoying status, friends, followers on your twitter account.

With this re-tweets stuff, you can show how everyone how bad your writing was a few years ago. Official Statement fro Twitter:- Now you can easily Retweet or Quote Tweet yourself with just a few taps. Pick an old favorite and give it a try!