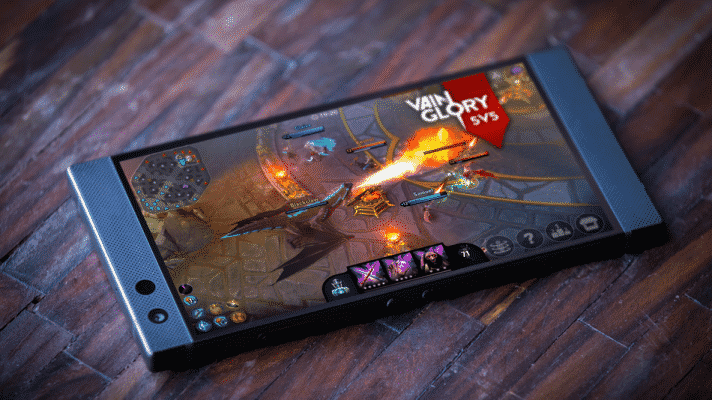 The gaming devices and gadgets company, Razer launches the successor to their first generation gaming Smartphone, Razer Phone 2 with identical design, and they are integrating the trending glossy glass, which is to them, more preferable than the CNC machined aluminum unibody design.

Surprisingly, the company logo mounted at the back, will light up and be RGB customizable. Will support IP67 water and dust resistant. The Razer 2 is a dignified gaming phone with the powerful 120Hz fluidity but at $799 price, it is quite expensive. 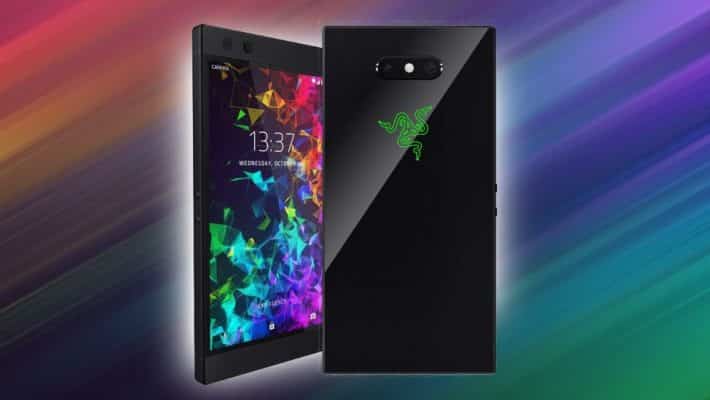 Razer Phone 2 was officially announced at a keynote led by Razer CEO Min-Liang Tan. The Razer Phone 2 is still the only smartphone in the market with true 120Hz display, spotting a 5.7-inch, QHD 1440p at 120Hz display, this allows smooth scrolling and gaming. Yes, it is the selling point.

Gaming smartphone industry wasn’t that strong, massive or much looked into few years ago. But after the launch of the Razer Phone, other gaming companies immediately took the stage, launching different gaming phones. Razer took control and with their latest phone, they want to keep that dominance.

The flagship mobile Smartphone, the Razer Phone 2 packs a lot of matured improvement to the former gen. Features like water- and dust resistance, including nourishing and ameliorating the screen display, delivering more sound audio quality and more. The Fingerprint sensor embedded in power key.

Razer also added features like Chroma and partnering with mobile game studios to optimize games. It is quite surprising to see a 16.8 million colors Chroma backlit version on a phone, much more like a notification flash with no front-facing notification LED light.

Glass back design are slowly taking over company’s flagship Smartphone, the Razer Phone is one of them. But they are talks that another variant of Razer Phone 2 will come with matte finish but the same specs. The phone audio ports comes with dual front-facing stereo speakers with Dolby Atmos and a 24-bit USB Type-C DAC.

Cameras are important but for a gaming Smartphone, I don’t really see need. However, the company had a similar thought like me in 2017, after launching the Razer phone but unfortunately, it is was one of the biggest mistake in their history.

One of the major update coming to the Razer Phone 2 is a very powerful processor, it is the latest Qualcomm Snapdragon 845 chipset, clocked at 2.8GHz frequency. Although, Smartphones are making use of this chipset but an Adreno 630 visual chip. You can play high intensive games and enjoy the graphic performance.

What is a gaming phone doing without heat compression? The high-end Smartphone packs a vapor chamber cooling technology, that is designed to keep the phone from getting too hot. Hence, damaging the interest and the intense gameplay hours.

It packs 8GB of RAM, 64GB of storage, and a gigantic 4000mAh battery capacity to keep the device powered on, with wireless charging and Qualcomm QuickCharge 4.0+ support. The Razer Phone 2 runs on a quaint Android 8.1 Oreo with Nova Launcher by default.

The Razer Phone 2 might not stand up to your expectation but in real-life choices, they are bunch of good-looking and powerful gaming phones out there on the market. such as Honor Play, Nubia Red-magic, Xiaomi Black Shark and the beast: Asus’ ROG.

However, pre-orders start immediately, the US unlocked model is sold at $799. Razer Phone 2 will work perfectly, on a $99 Razer’s Chroma charging stand via USB-C with unique feature and design. It works on other wireless charging holder or mat.