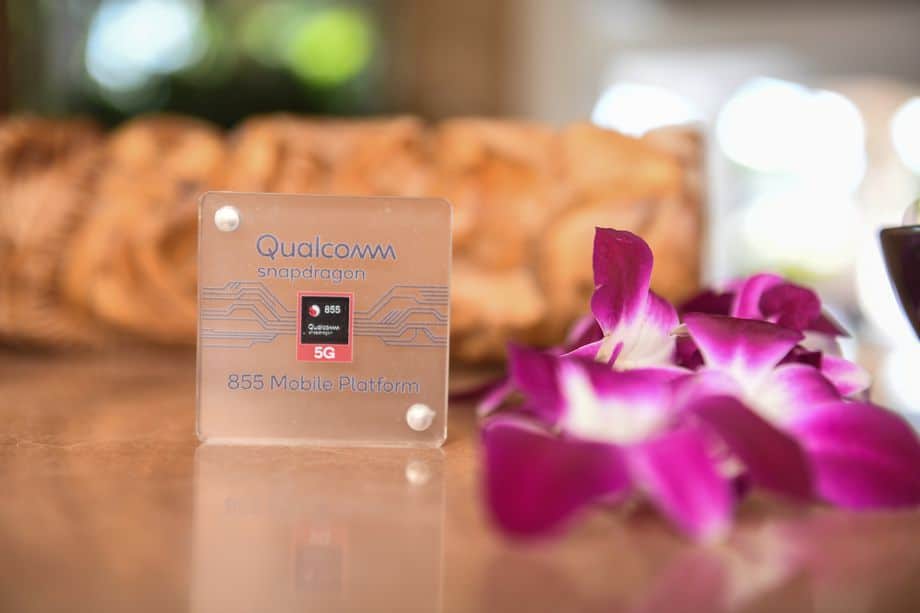 Finally, Qualcomm Snapdragon 855 has been unveiled by the company. This is the latest processor chipset for mobile phones.

The Snapdragon 855 SoC is the higher version and successor to the Snapdragon 845 chipset. Of course, it is the mobile platform, and was launched at its Snapdragon Technology Summit in Hawaii.

Say hello to the the first of a new generation of mobile phone processor chips that will power 5G smartphones in the first half of next year.

Of course, that is the ultimate feature surrounding the processor. Qualcomm also said this new platform will support “multi-gigabit” download speeds on 5G networks.

To support 5G Smartphone is its basic feature, henceforth, we have the 5G Snapdragon X50 modem for phones to connect to 5G wireless data networks.

Thankfully, the company also noted that the mobile data speed is faster, and this is 50 or 100 times faster than current 4G networks.

Particularly, the Qualcomm Snapdragon 855 would power Samsung 5G smartphones. And to add to this, Verizon and Samsung said it would be released in the United States in the first half of 2019.

Before next year, Verizon and AT&T are planning on working 5G phones and hot spots based on Qualcomm’s chips, and they are promising that the new phone will be announced this week.

There aren’t the only company looking forward to launching new phones with 5G network, after all, 5G is almost here and guess what? everyone’s getting ready! 2019 will be state of 5G!

However, we are looking forward to seeing the upcoming 5G phones with the existing X50 LTE modem and probably, Snapdragon 855 chip. After all, Qualcomm is the largest supplier of mobile phone chips.

Straying a little bit from the 5G network on Samsung phones and others. The new chipset also unveils with some substantial upgrade from the previous generation, 845 SoC.

But before any thing, the new Qualcomm Snapdragon would be on a 7nm manufacturing process. Which is down from the 10nm of Snapdragon 845 and 835.

The Snapdragon 845 SoC will add a new dedicated computer vision processor, this is specially for intelligent cameras. “It will recognize who and what you’re capturing,” says Qualcomm Snapdragon boss Alex Katouzian.

With the new CV, being the world’s first Computer Vision (CV) ISP for phones, it can easily recognize objects and faces, and power new video capture features.

For faster and smarter gaming experience, the new chipset will offer improved gaming and augmented reality experiences. This will come handy for any gamer.

Biometric security is also getting bigger, as the new Snapdragon 855 will support Qualcomm ultrasonic fingerprint sensor and it is called Qualcomm 3D Sonic Sensor.

For your knowledge, Qualcomm Snapdragon is not the company that supports Smartphone’s in-display fingerprint sensor scanner, but this new chipset feature will be accurate.

In a blog post: “This is the only mobile solution that can accurately detect fingerprints through numerous contaminants. Furthermore, this technology enables sleek, cutting-edge form factors while distinguishing itself from alternatives with higher levels of security and accuracy,”

Like it, leave it or ignore it but 5G Smartphones are coming in a wide-spread in 2019. Anyways, Samsung is a little bit ahead of Apple’s 2020 iPhone with 5G network. Lets keep the watch!