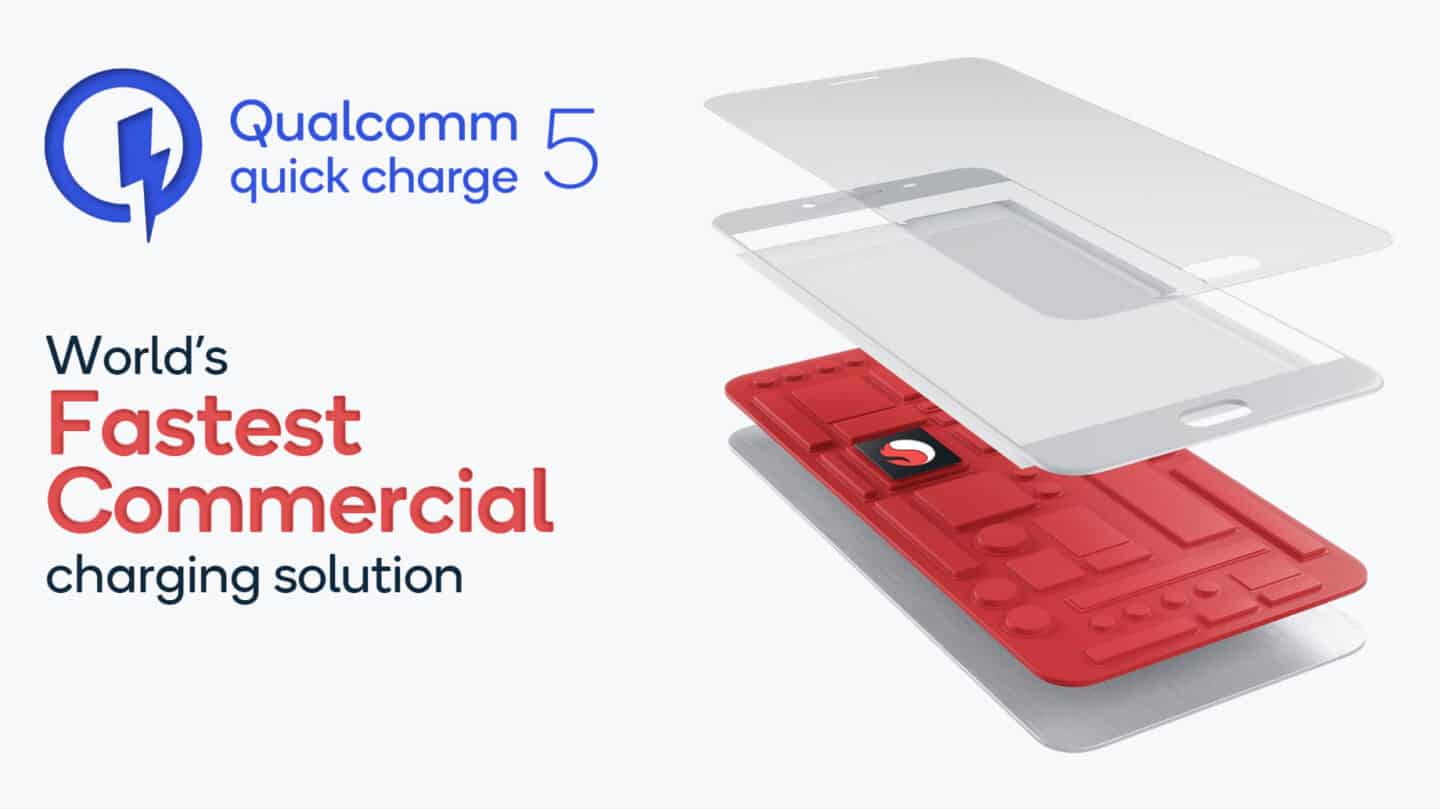 Qualcomm introduces the Quick Charge 5 100W+ charging platform, and the company claims that the technology can charge your Smartphone with 4,500mAh battery from either 0% – 50% in 5minutes and up to 100 percent in less than 15minutes.

The Qualcomm Quick Charge 5 is the world’s first commercially viable fast charging platform to support more than 100W charging power in a smartphone, and this is an attempt to reclaim the king of fast charging technology.

However, the new Quick Charge 5 does not just support 100 Watts speeds, it keeps the battery 10°C cooler and it’s 70% more efficient to boot. Which explains that it is more advanced than its predecessor.

Qualcomm boasts that the QC5 is 4 times faster at charging than the QC4, and it supports either dual charging solution, which divides the battery into two 2,250mAh cells, and even triple charge is also supported. These cases increase the charging speeds of the Smartphone.

Its power maximizes the existing USB Power Delivery Programmable Power Supply (PD-PPS) standard for even greater control over voltage and current levels during the charging process. Which in turn means that it is universal to charge your device at full speed using Quick Charge 5.

This invariably means that it can also work with standard USB PD devices as well as Apple gadgets, such as the iPhone 7, iPhone 8 and newer devices.

It supports output voltages between 3.3, 8 levels of voltage protection, and 20 Volts at minimum, with 3.3 or 5 Amps of current or 5+ Amps. 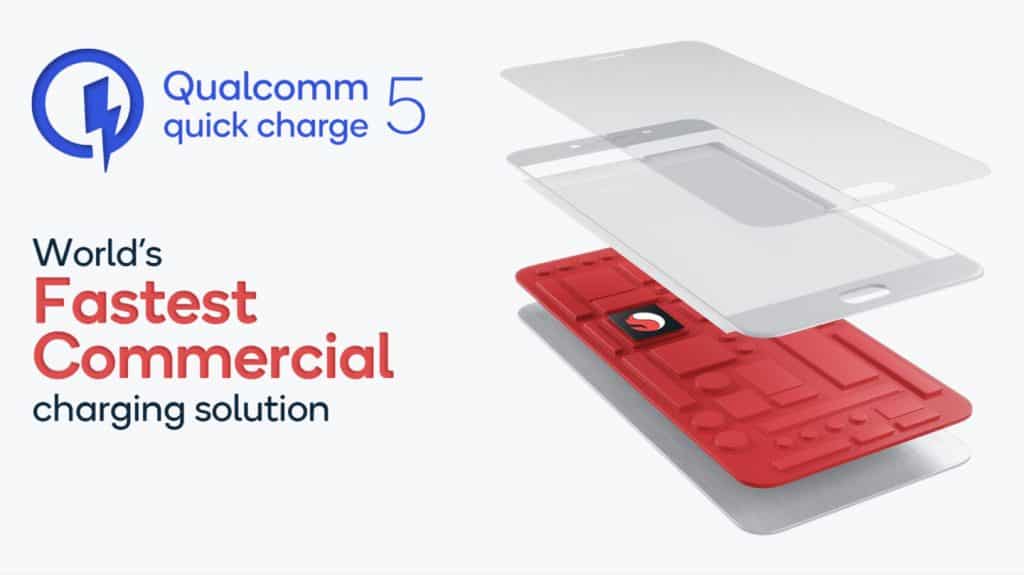 To increases the amusement, the QC5 supports backward compatibility with Quick Charge 2.0, 3.0, 4, 4+, and existing handsets powered by the Qualcomm Snapdragon mobile platform. Tho, it was built on top of USB Power Delivery PPS.

For supported chipset from Qualcomm, Snapdragon 865, 865 Plus, and upcoming future premium Snapdragon mobile platforms will support the Quick Charge 5 technology.

Since the company is among the top biggest processor provider, we will start this QC5 on major series of phone starting from Q3 of 2020.