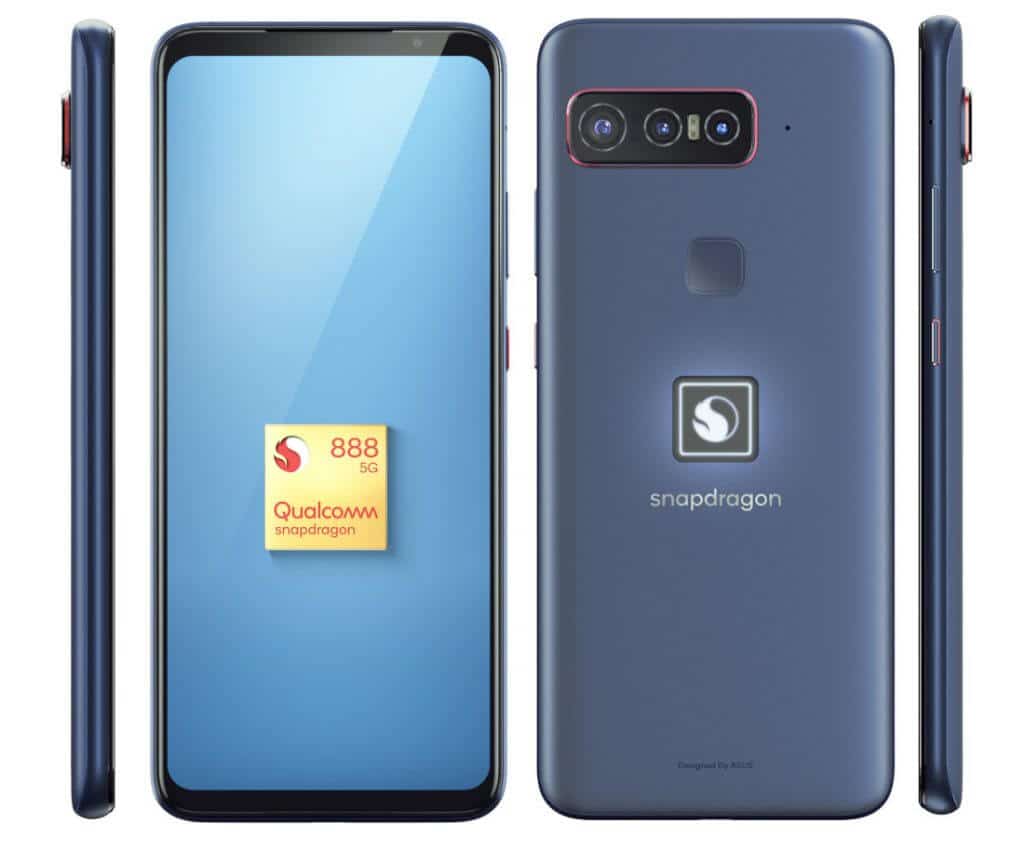 To those who are interested and can afford a unique $1,499 Smartphone. This is Qualcomm’s Smartphone for Snapdragon Insiders with144Hz AMOLED display.

If you are curious, you shouldn’t be because that is the name of the device “Smartphone for Snapdragon Insiders” Qualcomm just surprised its millions fans.

Qualcomm’s ‘Snapdragon Insiders’ is a community that consists of more than 1.6 million fans. These fans are enthusiasts who participate in online forums.

They are also among the first to hear about news coming from Qualcomm. To make it successful, Qualcomm had to participates with Smartphone maker, Asus.

The display panel supports a fast 144Hz refresh rate with an Always-on display and the screen is protected by Gorilla Glass Victus. It is HDR10 and HDR10+ certified.

Well, instead of a punch-hole camera cutout or notch display, the company decided to follow the likes of Sony Xperia 1 III and 5 III and include the 24-megapixels front-facing camera in the top bezel of the phone.

It is an AMOLED display, but they decided to keep the fingerprint reader at the traditional placement, which is the rear panel under the cameras.

Identical to Galaxy S21 series in-display reader, the Smartphone for Snapdragon Insiders uses Qualcomm’s 2nd generation 3D Sonic Sensor but at the back.

However, the company explains this due to its incompatibility with the rigid OLED panel that the Smartphone is equipped with.

Among the fingerprint reader, triple camera lens, another additional feature is the self-illuminating Snapdragon logo. The phone weighs in at 210g.

Arranged neatly in a horizontal line at the back, the Smartphone for Snapdragon Insiders arrives with a triple camera setup and will feature Qualcomm AI software experiences like auto zoom and AI object tracking.

Lastly is the 8-megapixels telephoto camera with 3x optical zoom, up to 12x total zoom, 4-axis, and comes with support for optical image stabilization.

Instead of the new Snapdragon 888+, Qualcomm is using its non-Plus Snapdragon 888 5nm Mobile Platform coupled with Adreno 660 GPU.

Smartphone for Snapdragon Insiders is available in 16GB LPDDR5 RAM with 512GB (UFS 3.1) storage and it runs on Android 11 and support Dual SIM.

The Smartphone for Snapdragon Insiders arrives with a 4000mAh battery with 65W HyperCharge fast charging and comes with Qualcomm’s included Quick Charge 5.0 charger.

The phone is capable of a 70% charge in 30 minutes, or a full charge in 50 minutes. Which will definitely give you 1-2 days on a single charge.

According to the source, the Smartphone for Snapdragon Insiders will be available sometime in August in China, the US, Germany, UK, Japan, South Korea, and eventually India.

As per the agreement, the Smartphone will be manufactured, marketed, and sold by Asus. With such premium specs, it just seems that $1,499 for a limited-edition Smartphone isn’t a bad idea.