Paypal is preparing to launch a new MasterCard by partnering with other smaller banks. As popularly known, the technology company is not a bank on its own but they will soon offer their users, a card that is associated with Banks, which is connected to their Paypal accounts!

The upcoming Paypal debit card in digital wallet can be used to make payments and withdraw cash at ATM. the company is looking forward to bring in traditional banking services to customers, including ATM-compatible debit cards, direct depositing paychecks, and FDIC insurance.

It is also worth noting that, Paypal already had prepaid cards that work anywhere Debit MasterCard is accepted, and reload them whenever you like, with the collaboration of smaller banks but right now, they are looking forward to expanding their branch by offering physical cards, just like Payoneer! 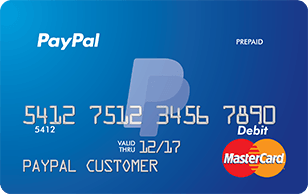 PayPal’s COO, Bill Ready, said that the company isn’t looking to replace traditional banks anytime soon with the new service. And that, if you already have a bank account connected to your PayPal account, “this isn’t an account for you.”

So later on, we would have little activity or appointment with our current traditional banks. Although, Paypal isn’t the only the only company that wants to provide banking for the “Unbanked” Amazon, Simple, Chime, Varo Money, Vemoo, Square cash card are also among the top that are currently involved in the process!

According to The Wall St. Journal, the company says its new products are targeted specifically at the unbanked, and will launch in the first half of 2018, following consumer testing.