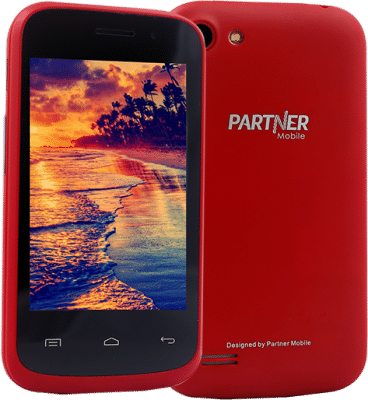 The Partner Mobile KS1 is the only Smartphone is among the company’s King series. But looking forward, they might unveils more mysterious mobile phones among the series.

The Partner Mobile KS1 is an Android powered device with low-end specifications and features but anyways, you can still get it as a present for a teenager. It is a budgeted Smartphone but still offers fast browsing connectivity.

All thanks to the 1300mAh battery capacity, the phone can at least be up and going for at least few hours, the batter capacity are mainly seen on features phones. The KS1 is definitely an easy phone with affordable price.

The phone looks more minimal, mostly like the first generations of Samsung mobile phones. The Partner Mobile KS1 is definitely the best budgeted mobile phone, which is priced at economically range. It runs on Android 4.2 Kitkat operating system.

The company failed to explain, if it will be upgraded up to next Android OS. Of course, the Kitkat is a portable choice for such incredible options. With the 1GB of RAM, you can possibly do much more in multitasking. Meanwhile, 512MP can really go a long way.

Right now, the Partner Mobile KS1 is priced at N12,000 per unit. You still got other features too like 3G, Dual SIM, radio, map and many others. Thankfully, you can possibly get the Smartphone from any of the online retail stores.