Undoubtedly, Oukitel is among the top companies, who embraced the new notch display design from Essential and iPhone X and they are also known for producing a knock-off version of Samsung and Apple.

The handset was shown at this year’s MWC event along with the company’s latest rugged device, the OUKITEL WP5000. The company are also known for launching cheap and affordable phones but the significant differences between the U18 and U19 is the costs and battery life.

Oukitel U19: Design and Display

The Oukitel U19 is definitely one of the best Smartphone for everyone. The phone features a homecoming design features a thin and slim panels and edges in a 5.85-inch display, although, the phone comes with notch display that houses the selfie lens, receiver and light sensor.

Comes with the popular 18:9 aspect ratio, sleek and rounded corners and with the notch display, the device features slimmer bezels on the top and bottom. The OUKITEL U19 also features a glass back with company’s name boldly encrypted into it.

Along with a rear-located fingerprint sensor. Surely, it will be available in Black color, the company hasn’t added any color.

Oukitel U19: Camera and Connectivity

The handset camera sports a 13-Megapixels + 5-Megapixels dual camera on the back with dual-LED Flash and offers a front selfie 5-Megapixels shooter.

Obviously, the camera can take great pictures on the front and back even at the low light. The back camera takes pictures at 4163 x 3122 Pixels and shoot videos up to 1080p at 30fps. 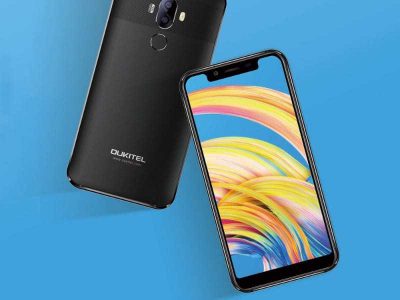 Oukitel U19: Performance and Battery

The phone boasts of 2GB RAM, which is powered by a MediaTek MT6739 quad-core processor rings up to Octa-Core 1.3GHz while the graphics and game time smooth performance is being taken care by ARM Cortex-A53 CPU Clock and PowerVR GE8100 @570MHz GPU.

The device features a 16GB internal storage and thankfully, it is expandable up to 64GB via micro sd card slot, that means, you can save a lot of pictures, games, applications, musics, movies, documents etc. The phone runs on Android 8.1 (Oreo) OS.

It is fueled by a 3,600 mAh battery capacity and the company it will be more than sufficient for an all-day level of usage. The rear mounted fingerprint sensor is able to keep your device secured along with other traditional security.

Indeed, the U19 looks perfectly made from the inside to the outside vice versa. Oukitel is an upcoming Smartphone makers, who are seriously looking for a place among the top world phone makers.

Oukitel K7 is a slim device with 10000mAh battery capacity