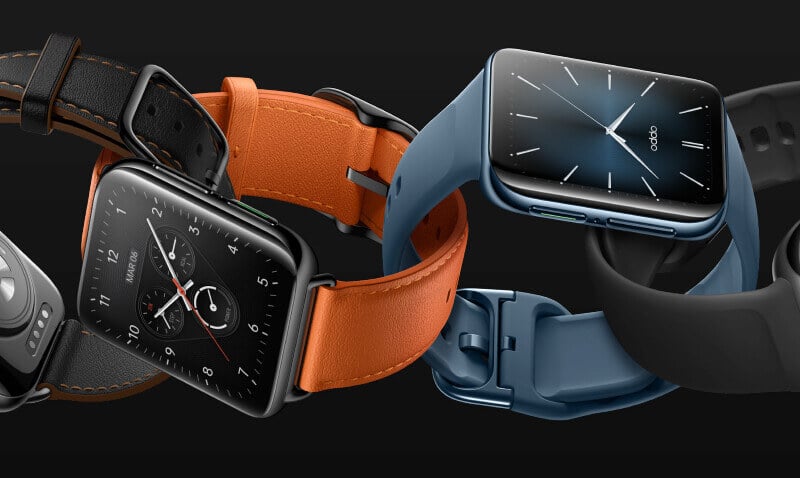 The new OPPO Watch 2 still arrives with same identical design appearance to its former generation, the original Oppo watch which looks more like the Apple watch-style design but this time around, there is improved internal hardware.

With both the Qualcomm’s Snapdragon Wear 4100 and Apollo 4s dual processors driving the watch, the Oppo Watch 2 can easily switch between Android-based ColorOS and RTOS seamlessly.

The Oppo Watch 2 was launched in China and similar to the first original Oppo Watch, it does not run Google’s WearOS but Oppo’s Android-based ColorOS. Although, Oppo introduced a variant with WearOS outside of China with access to the Google Play Store.

Meanwhile, there is no vital information if the Watch 2 will make it out of China, since the company failed to address that issue, but the it might follow suite. Probably, OPPO might be waiting for Google and Samsung’s upcoming WearOS 3.0 collaboration to arrive later on.

There is also support for 4G and native calling, Wi-Fi, optional eSIM, Bluetooth 5.0, GPS + GLONASS and NFC support for payment. The smaller 42mm size will offer a Bluetooth-only mode, for those who don’t want or need LTE.

It features 5ATM water resistant, and first Oppo Watch’s quick release strap has been replaced with a buckle-type strap, and there is also a calf skin leather version also. In addition, there is heart rate, sleep, and blood oxygen monitoring.

The watch can be directly connected to a Bluetooth headset, can also be used as a car key, can be connected with a blood glucose meter and can also display the wearer’s blood glucose trend. It comes with 1GB RAM, 8GB storage.

It comes with support for what the company is calling an e-sports mode – when enabled all mobile phone notifications will be transferred to the watch, and also shows special reminders when playing some games.

For the smaller 42mm, this variant comes with 360mAh battery capacity and 510mAh battery stays inside the 46mm, which Oppo promised 4 days of usage, and up to 16 days in long battery mode with 15min/10min VOOC flash charge for 1 day of use

The Oppo Watch 2 is currently available in China, while the watches will officially start shipping From August 6th. The pricing starts from:

Note that the 46mm comes only in eSIM version and if you are interested, you can purchase the device at an early bird of 300 yuan, it is the company’s maximum discount.