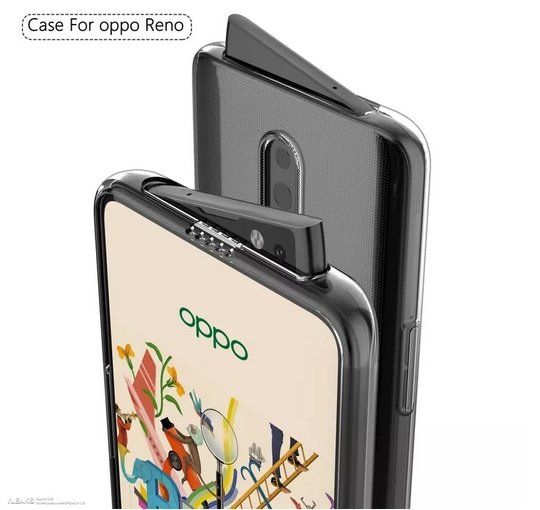 Recently, one of the biggest Chinese Smartphone maker, Oppo announced a new daughter company, Reno and they are rumored to launch a new phone with an unprecedented notch display.

The Oppo Reno is cooking something that has never been seen before, and they are planning on serving it to the markets sooner and much more quicker.

Oppo Reno is on verge of launching their first Android Smartphone with the weirdest of all ‘notch’ design style of all. They are actually going a step further.

If you were furious at the notch trend, or at the new upcoming Reno phones, you shouldn’t blame them but you should keep it for Apple’s iPhone X trapezoid notch display.

Since the notch trend, Smartphone companies, especially that of Chinese, keeps on looking for the best ways to remove those intrusive bezels and selfie camera shooter.

One of the best way, is to implement the notch display, which always sits at the up front of the phone display. But that is no longer the case.

The notch trend, bezel-less trend is over. And now, they are willingly to kill the front facing selfie shooter at the front, this is Reno’s idea!

The Oppo Reno’s idea looks devastating and furious, depending on how you see it, but it looks quite normal and acceptable to me.

Seeing something new, unprecedented is a long way to go, and this looks good. Oppo did something a little bit similar on the Find X handset.

But Vivo V15 Pro brought something special to the table, which is smaller and much more minimal. Well, this is actually a welcome development idea!

The Oppo Reno notch display looks like the pop-up eyebrow camera, which allows a speaker and front-facing flash. And none of this disturbs the bezels of the phone.

Apart from this, there are no more specification, but stay tuned. We will definitely publish the new article containing the full specs of the phone, when it is launched!