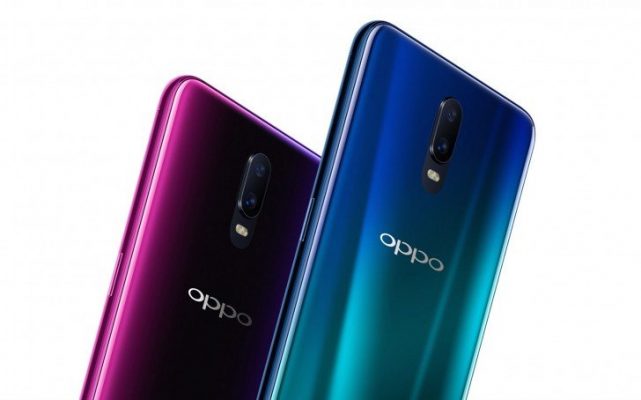 Oppo R17 is the latest Android Smartphone to go official. After surprising us with the Oppo Find X with 100% screen-to-body ratio, the Chinese mobile phone makers are taking us unaware with their recent smart device.

Looking for a mid-range device with under-display fingerprint, notch like Essential phone and Gorilla Glass 6? Say hello to the Oppo’s next flagship generation, the R17. The notch display up front doesn’t look a bit like the iPhone X device. 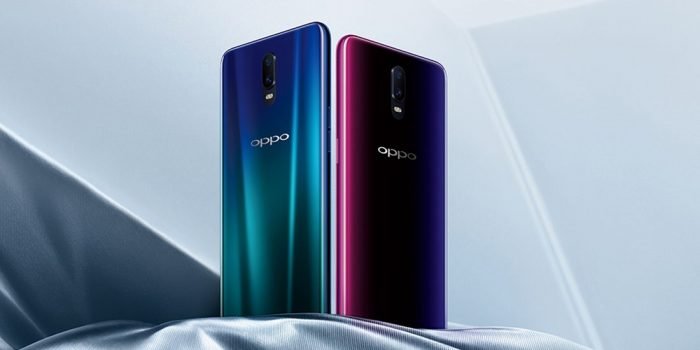 The Oppo R17 is the successor to the R15 Smartphone, but both phones features almost the same specifications and features. Anyways, the screen of the Oppo R17 is quiet FullVIEW and there is no bezels or borders on the sides. The phone boasts of 91.5% screen-to-body ratio.

There is the razor-thin bezel for the speaker, but coming down to the bottom display, you will see the thickest bezel for the display controller. The smartphone also features a 2mm x 2mm in-screen fingerprint scanner, the first Oppo phone to feature one.

Under the display is placed the fingerprint sensor that is just 4 sq.mm big and has a 3P Micro Lens for optical reading of the finger. The design on the Oppo R17 is what got everyone talking, and customers are hoping OnePlus 6T could adopts this spectacular design.

The Oppo R17 arrives in two major colors, Stream Blue or Neon Purple but the company are keeping the device classic and well maintained to fit your budget and fashion sense. The both colors change depending on the lights reflection, it dazzles completely from different angles of viewing.

The camera also supports an AI Portrait mode along with a bunch of features focused on selfies and scene detection. On the back, you don’t just have the Fingerprint sensor scanner, there is the dual camera setup, which consists of 16-megapixels + 5-megapixels camera lens.

The phone has Color OS 5.2 as its main UI platform which is based on Android 8.1 Oreo OS. It comes with 8GB of RAM for easy multitasking. While the processor of the phone is the powerhouse, featuring a 10 nm process Snapdragon 670 SoC chipset, running at 2GHz and 1.7GHz Octa-core.

Whereby, the 2x Kryo 260 cores gears up for performance at 2.0GHz and 6x Kryo 360 cores for efficiency at 1.7GHz. The ISP is Spectra 250 and to keep the graphic performance lit, it features Adreno 615 GPU. This allows users to play high intensive games at a smooth ground.

It is backed by a 3,500mAh battery with Oppo’s VOOC fast charging technology which delivers two hours of battery life with five minutes of charge. 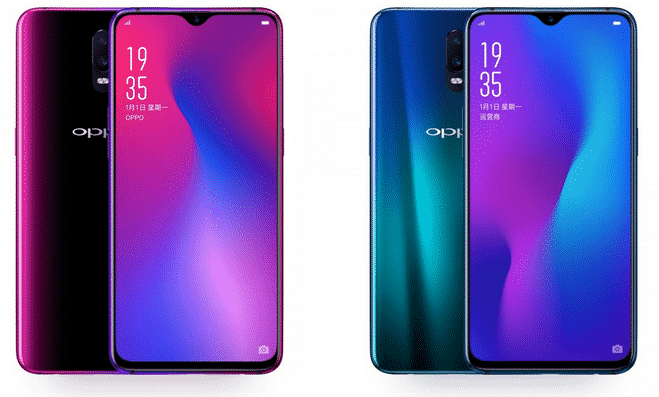 Definitely, the Oppo R17 device is currently the best notched Smartphone to get right now. With the tiny notch display on the up front, you can hold the phone in a smart fashion way!