With the above specs, you’ll consider the Oppo R17 Pro, as a substantial and high profile Android powered Smartphone. And yes, the device also arrives with the top v-shaped notch, which is worth looking at! Other similar phones with v-shape notch is F9 and F9 Pro. 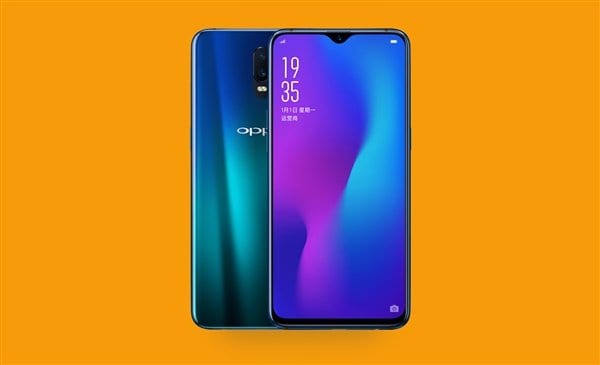 One notable feature on the Oppo R17 Pro is the Huawei dazzling color combinations. The handset packs more of high-end specs, with little mid-range features. However, there is the trending tri-camera and in-display fingerprint sensor.

The Oppo R17 Pro is the successor to the Oppo R17, which was released few days ago. However, both phones comes with almost the same specs and features but there is little differences, which will demand more of your money.

Like the predecessor, it packs a naturalistic and tall 6.4″ AMOLED Full-HD+ display, featuring the waterdrop-style notch, which is protected by Corning Gorilla Glass 6. And the phone boasts a 91.5% screen-to-body ratio, bezels are excessively slimmed and trimmed down to its minimal style-size.

With the 1080p screen resolution, customers can watch / stream videos in HD format and play intensive games in an authentic and graphic-convincing screen display. Comes with glass back design, and a unique gradient color, which Oppo calls “Fog gradient”

And like the Chinese phone makers style, the Oppo R17 Pro arrives with the trending 25MP selfie snapper, f/2.0 aperture, which is holding itself at the top notch. And thankfully, it delivers photos with AI beauty feature.

However, the premium flagship comes with a standard triple camera sensor, (a standing ovation for that) but don’t be too carried away, Huawei P20 Pro was the first Smartphone to feature that. But seeing it back in Oppo is too sensible and worth the time. Be very much aware that LG’s V40 is coming with 5 camera!

The third camera sensor, TOF 3D stereo camera is perfectly made for three purposes: 3D photo capturing or connecting it to your TV and turning it into a game console. There is handful of network and connectivity, for browsing and wireless connections.

On the processor aspect, the Oppo R17 Pro arrives with Qualcomm Snapdragon 710 chipset coupled with 2.2GHz Octa-core, which is a little bit higher than the R17 with Snapdragon 670 SoC chipset running at 2GHz and 1.7GHz Octa-core. But there are better expectations from the R17 Pro, battery optimizations and many more.

And also, the R17 Pro features a 8GB of RAM and 128GB of internal storage, sorry but there is no microSD card support. With the 8GB RAM, the phone will understands your needs, deliver seamless performance and enhances multitasking to the next level!

The mobile phone runs on Android 8.1 Oreo with the company’s own ColorOS 5.1 system. It comes with a 3700mAh battery capacity and thankfully, there is SuperVOOC fast charging. Another stunning feature for the R17 Pro is the under-display fingerprint sensor. 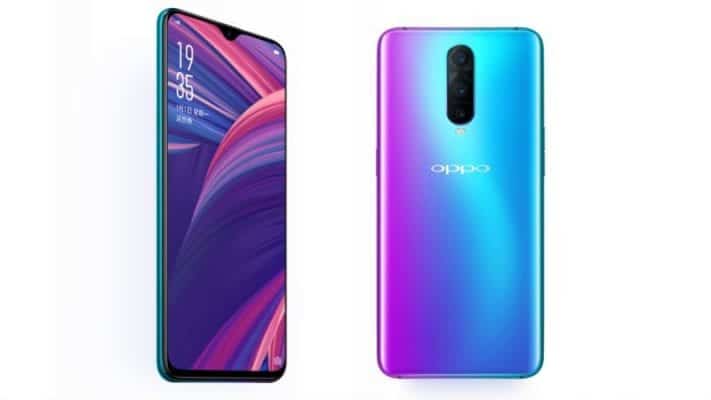 The price of the R17 Pro is around CNY 4,299, which is $625. It might sound affordable but in Nigeria, it costs N230,000 in Nigeria currency (naira). Be very much aware that it will start selling in China around mid-October. Global availability is yet to be known.

– Oppo R-series are definitely making it big in the Smartphone industry.
– The trending tri-camera and under-display fingerprint sensor is becoming a thing in 2018!

Awaiting the Oppo R17 Pro is worth it. Chinese company, Oppo is demanding a little sum of money from you, over the R17.