Huawei gradient paint job is flaunting itself on the new Oppo’s R17 Neo Android Smartphone. It is the latest Oppo’s device to be launched in 2018, with in-display fingerprint sensor scanner and was unveiled in Japan.

The Oppo’s R17 lineups is increasing going wide, and one of the key features is the under-glass fingerprint sensor scanner. While the other specs remains regular and standard, runs on mid-range processor with dual camera setup. 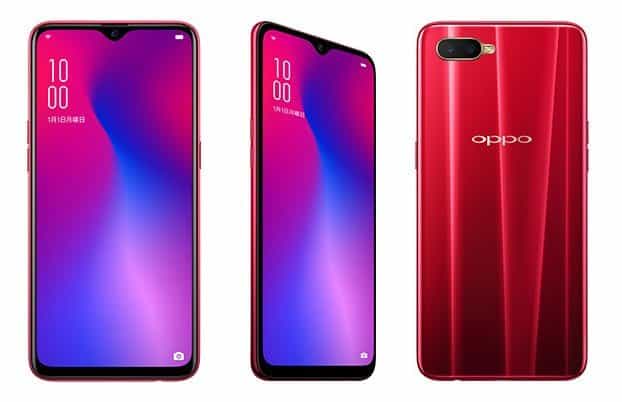 The R17 Neo is the first phone to be launched in Japan with in-display fingerprint sensor. Features a 6.4” AMOLED display with a teardrop notch and 1080p+ resolution, and powered by a Qualcomm Snapdragon 660 chipset clocked at 1.95GHz Octa-core processor.

Arrives with 4GB of RAM coupled with 128GB of internal storage, which is expandable via microSD card slot. The R15 Neo has a much resemblance to the Oppo K1 Smartphone. And available in Blue and Red gradient color models.

It runs on the company’s ColorOS 5.2 based on Android 8.1 Oreo. At the back, there is a dual camera setting, consisting of a 16-megapixels sensor + 2-megapixels for in-depth shots. While the front, comes with 25-megapixels selfie shooter.