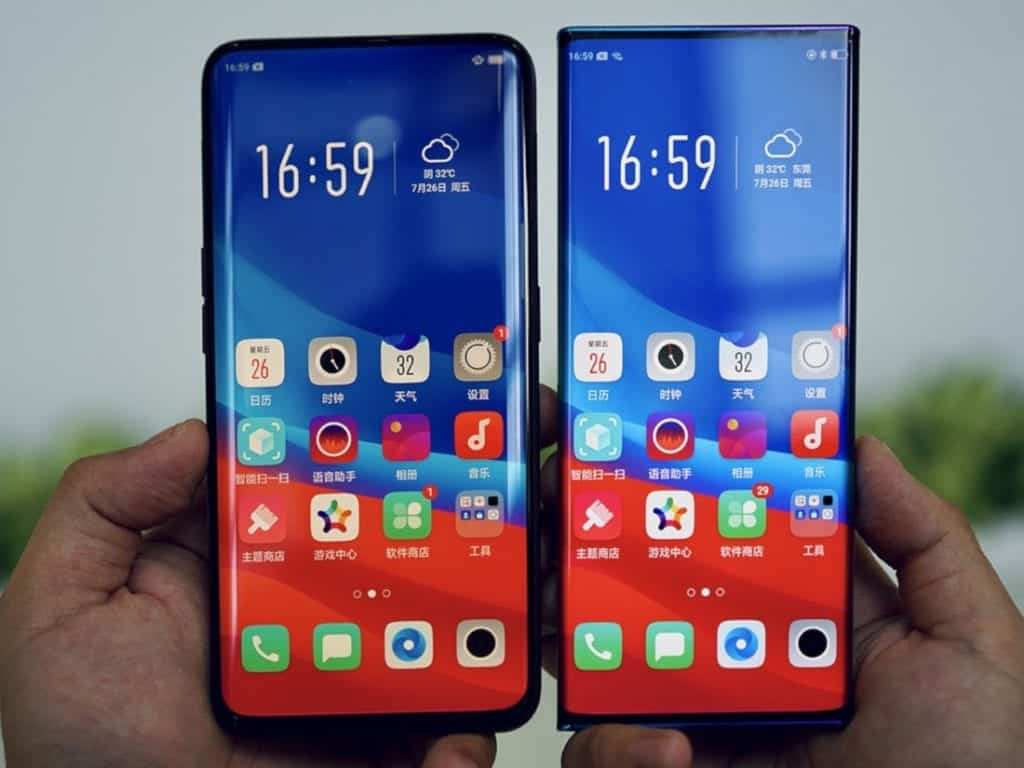 OPPO introduces Under-Screen Camera technology for notch-less smartphones in June, and right now we have something much more interesting, it is an upcoming prototype of its bezel-less smartphone with ‘Waterfall Screen’ technology.

During the MWC in Shangai, OPPO introduced its under-screen Camera technology for smartphones, which uses a customized camera module, an enhanced translucent panel material combined with advanced processing algorithms to take images without a notch or motorized camera, while keeping the body thin.

Well, for those that love those edge-to-edge bezel-less Smartphones, then the new upcoming OPPO’s bezel-less bezel-less smartphone prototype, with Waterfall Screen technology will definitely bring a different light to your path this week.

Oppo is owned by the same parent company as Vivo, BBK Electronics but the upcoming Vivo NEX 3 is rumored to feature a screen-to-body ratio of over 100 percent.

Although, the two companies might share the screen technology, as the NEX 3 will feature the 90° curved sides and the upcoming OPPO phone with 88° curved sides.

During the launch, it was discovered that the light passing through the screen will be gone. We are not sure to expect the first phone with this technology.

Through the provided images, the upcoming OPPO phone prototype lacks a front camera, but we are over sure that it will definitely come with the new OPPO’s under-screen Camera technology.

Nevertheless, the upcoming OPPO phone is rumored to be the OPPO Find X second-generation and might launch in 2020. Anyways, we will hear more of this at IFA in September.