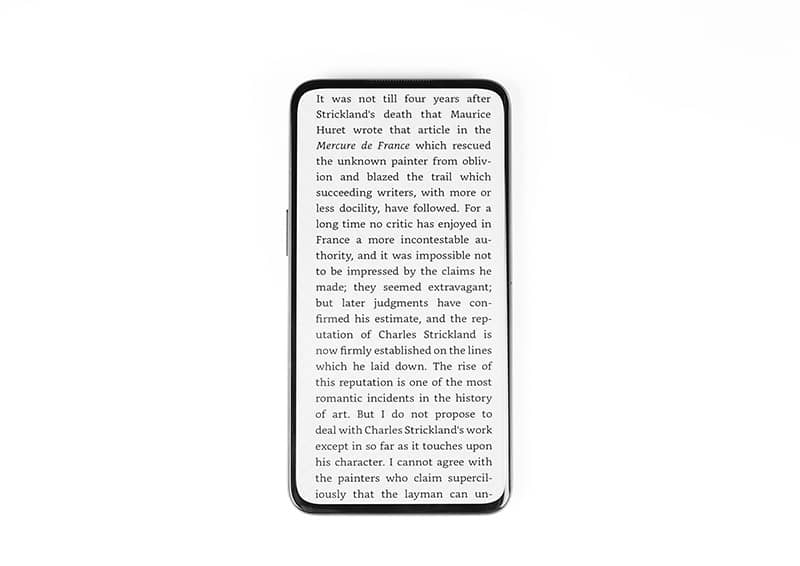 OPPO used its proprietary AI algorithms to resolves those issues. These issues include the inconsistent display quality in the screen area above the under-screen camera, poor image quality, and issues with product lifespan and reliability.

The new tech finds a solution to reduces the pixel size of the selfie camera area to achieve a higher pixel density of 400ppi.Well, this is unlike the first-generation under-screen tech that reduces pixel density in the portion of the screen that covers the camera in order to let more light pass through, but instead, Oppo is now using smaller pixels to maintain the same 400-PPI sharpness along with the OLED panel.

While introducing the OPPO next-generation under-screen camera technology, the company showcased an image of a prototype phone running an e-reader app. Where OPPO said that users should notice “almost no visual difference between the [under-screen camera] area and the rest of the screen during everyday use, creating a much more immersive visual experience.”

In order to reduce blurry images and image glare, the company developed a series of imaging AI algorithms including diffraction reduction, HDR, and AWB. OPPO claimed the new allows for a selfie camera to be placed under the display “without compromising the integrity of the screen.”

During the first showcase of the first-generation under-screen technology in 2019, OPPO used a prototype device with a customized display and camera module, where the part of the screen above the lens is highly transparent with redesigned pixels structure.

Well, the enhanced translucent panel material made the prototype handset unique, which is worth another impressive look. However, ZTE officially announced the first commercially available smartphone with an under-display front-facing camera – the Axon 20.

Axon 20 is ZTE’s own take of how the technology should work. The company partnered with Visionox – a display manufacturer. However, the newer and improved version of the tech was seen on the Axon 30.

While the company did not mention if the next-generation under-screen technology will be available in commercial devices, but OPPO said that it will continue its R&D into hardware design and algorithmic processing capabilities to further optimize its under-screen camera technology.