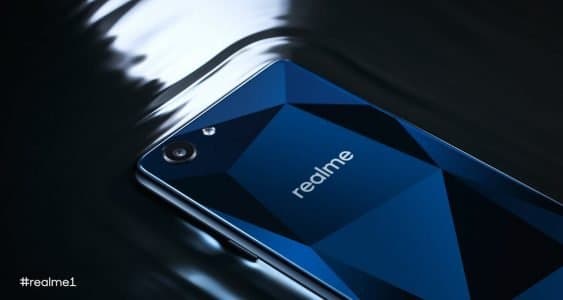 Being the Smartphone market leader in China for the Q1 of 2018 and also a potential company in India, Oppo has launched a sub-brand named ‘Realme’ and they will be launching its first smartphone ‘Realme 1‘ on 15 May 2018 and will appear exclusively on Amazon India.

In a bid to enhanced its competition in India with Xiaomi’s Redmi series of budget devices, especially the Xiaomi Redmi 5A. Oppo decided the best answer to that is by bringing in a portable sub-branded called Realme. Where you are definitely looking for budgeted Smartphones under Rs 15,000, surely, Xiaomi’s Realme is quite superfluous.

They launched their twitter handle named RealmeMobiles. Before its official launch on 15th May, the sub-brand is also professing 500+ authorized service center and other numerous impressive specs and features testing such as 10,000 drop tests, 100,000 button tests and 10,000 USB test.

Technically looking at the device, it looks more like the A3, lets say, it is just a rebranded A3 device. The upcoming device is a generic phone designs and one of the rumored variants is the Diamond Black!

There is single rear camera and an LED flash, Realme brand logo sits at the centre of the rear side, volume rocker is on the right side and the power button on the left side and there is a rounded rectangular fingerprint sensor placed at the bottom of the display of the device.

Stay tuned for #realme1, revealing on May 15th! Click here to get notified: https://t.co/QAFLkMd7Uo pic.twitter.com/vN19YpVNg2

The sub-brand name Realme looks identical with Redmi and it is meant to aim at budgeted market ranges of Rs. 10,000 to Rs. 20,000.