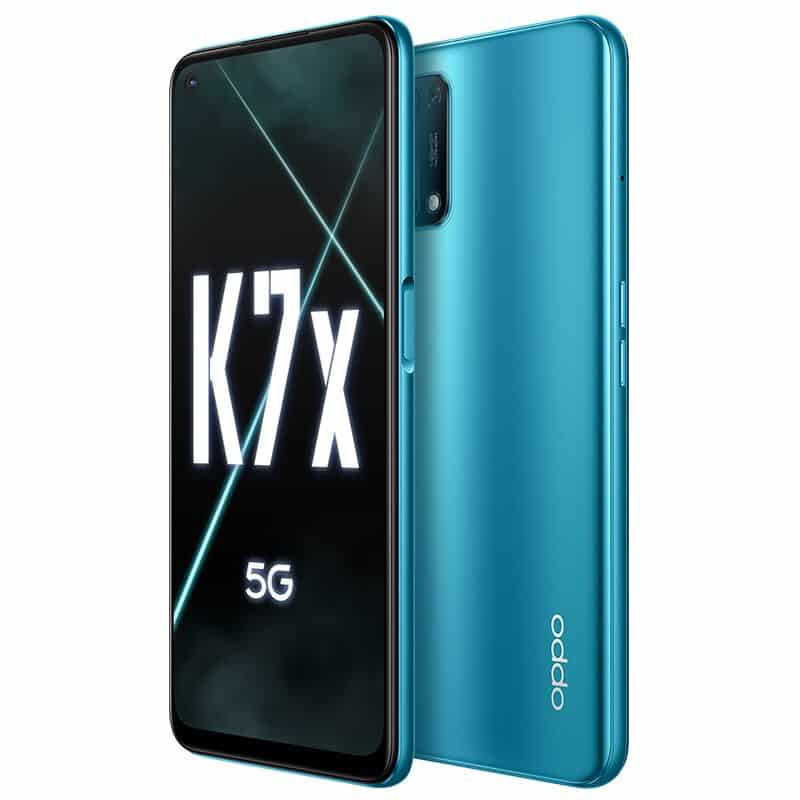 The OPPO K7x is the company’s latest mid-range Smartphone in its K-series, following up the OPPO K7 5G that was launched in August. Although, the OPPO K7x features makes the phone a rebranded Realme V5 5G.

On the left side is the volume up/down buttons, while the right side is the power button that also doubles as a fingerprint sensor scanner that can unlock the phone in 0.3 seconds. The phone comes in Mirror Black and Shadow Blue color options. 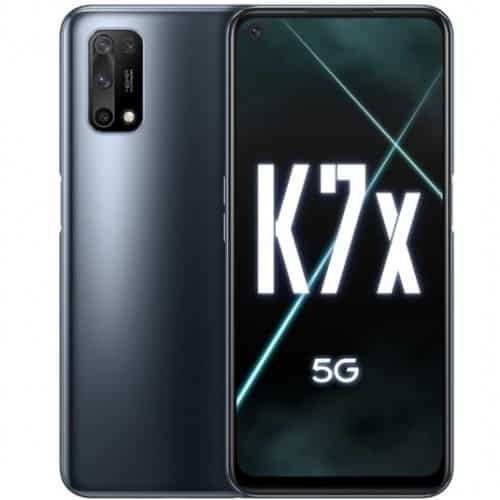 Around the front is a 6.5-inch Full HD+ LCD display with 1080 pixels screen resolution, the phone screen refreshes at 90Hz with up to 600 nits brightness, and Corning Gorilla Glass 3 protection.

For optics, the OPPO K7x comes with five cameras in total, where the back panel carries an f/1.7 48-megapixel main camera with EIS, LED flash, supported by an f/2.2 8-megapixel 119° ultra-wide sensor.

It carries two 2-megapixels for macro and portrait camera sensor with f/2.4 aperture. Inside the front hole-punch at the top left is a camera cutout that houses 16-megapixels with f/2.0 aperture.

It supports dual SIM, runs on ColorOS 7.2 based on Android 10 OS out of the box, and is fueled by a 5000mAh battery capacity with 30W VOOC flash charge fast charging via USB Type-C technology that can charge the phone from 0 to 100% in 66 minutes.

The OPPO K7x costs 1499 yuan ($223) for the single variants and will be available for pre-order starting from the 11th of November, 2020 in China and for a limited period of time, you can purchase the device at 1399 yuan ($208), which is slightly affordable than the original costs.