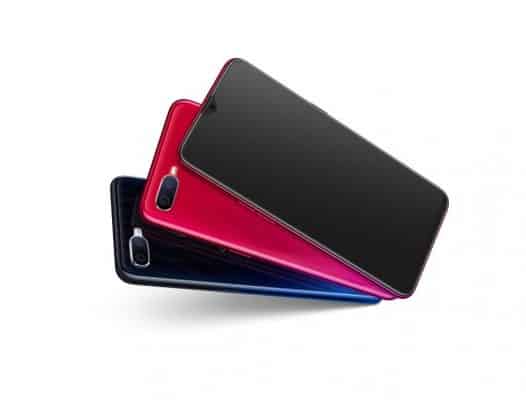 And here is the latest Oppo mobile phone, Oppo F9. It is the company’s latest Android Smartphone that looks more like the recent Oppo R17 device. The both phone currently have the best notch design.

The Oppo R17 has one of the best notch display design. And the latest Oppo F9 is the first for the mobile phone, anyways, online blogs are suggesting that OnePlus 6T – OnePlus upcoming device, might arrive with the beautiful notch design. 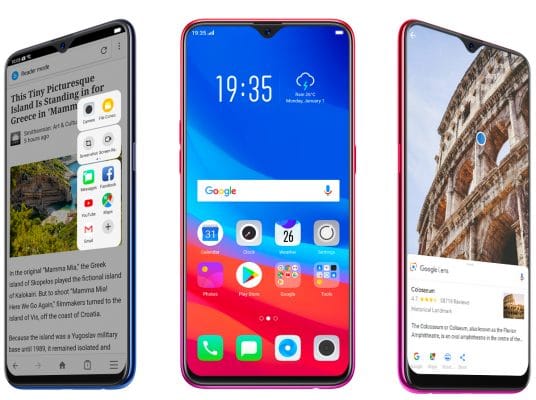 The front display of the Oppo R17 and Oppo F9 looks more identical, the company did a perfect work of beauty on the up front notch display. To set the F9 different from other mobile phones, it features a FHD+ “waterdrop screen.” And the LTPS TFT panel promises a solid 450 nits of brightness.

The Oppo F9 comes with 6.3″ screen, 19.5:9 aspect ratio with the tinniest notch and it is the first phone to arrive Gorilla Glass 6 screen protection. And it also boasts of 90.4 percent screen-to-body ratio, which is applauding.

The aesthetic design on the phone is inescapable, no it is not the notch display. Am talking about the glamorous blending of the awesome gradient colors. The colors options includes: Sunrise Red, Twilight Blue, and Starry Purple and they glitter from the sun light reflection.

The Oppo F9 turns out to be the mid-range mobile device of the R17. There is the spectacular differences on the biometric security, where the F9 comes with a rear-mounted fingerprint sensor scanner but the R17 with in-display fingerprint sensor. On top of the notch display, is a razor like receiver speaker.

The triangular notch display is equipped with a 25-megapixels selfie snapper and support HDR feature, while the back holds a dual camera setup, which consists of 16-megapixels and 2-megapixels camera sensor.

Whereby, the 2-megapixels is specifically meant for bokeh effect and the 16-megapixels provides the realistic and excellent depth of field effects photos.

And it comes with 2G, 3G, 4G LTE, 3.4mm headphone jack, a microSD slot as the network and connectivity.

The RAM is also changing the game here, the R17 being the higher-end model features a 8GB of RAM while the Oppo F9 comes with 4GB of RAM. But confidently, the both phones will be able to handle multitasking and take it to the next level.

The Oppo F9 is powered by a 8-core Mediatek Helio P60 processor, this helps to optimizes the battery performance and supports the 4GB of RAM. It runs Color OS 5.2 based on Android 8.1 Oreo.

The huge 3500mAh battery capacity on the Oppo F9 but it is NOT enhanced with their new Oppo’s VOOC fast-charging technology -it is highly meant for low-voltage fast charging, and it is four times faster than the 5V/1A charging technology. But however, the company says, it can charges within 5-minutes.

Meanwhile, the F9 is official out in India and Southeast Asian markets including Indonesia, Malaysia, Philippines, Thailand, and Vietnam. It’s also coming to Middle Eastern / North African markets such as Egypt and Morocco.