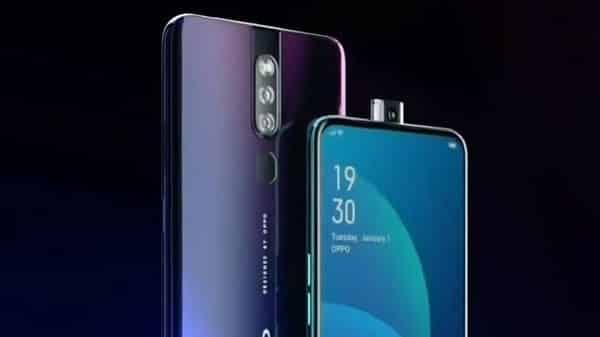 The Chinese company, Oppo has announced the F11 Pro Android Smartphone and it arrives with 6.53-inch Full-HD+ display, pop-up selfie camera, 6GB RAM, and triple color gradient on the back.

The Indian exclusive Oppo F11 Pro was unveiled today at an event in Mumbai, Tuesday, March 5th. And it was launched alongside with Oppo F11 Smartphone. Which has little difference in specs and features.

The newly announced Oppo F11 Pro can be compared with the Vivo V15 Pro, as it comes with some similar specs. Both device comes with high-end and mid-range specs.

Although, the phone will be in a powerful competition in India with Redmi Note 7 Pro Android Smartphone. The both device packs a lot of specs and features.

Oppo F11 Pro might also portray what the upcoming OnePlus 7 Smartphone might bring to the table. The pop-up selfie camera and many more. 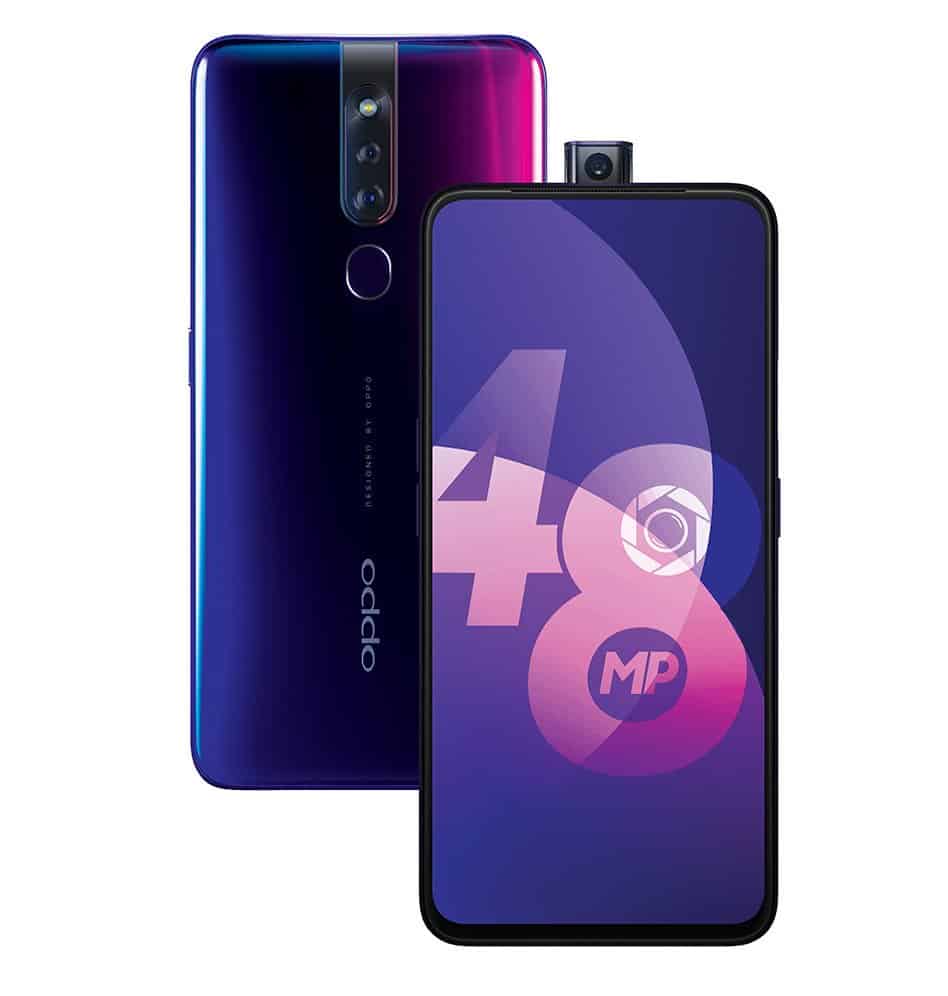 The Oppo F11 Pro arrives with magnificent design at the back, which expresses the premium design of a Smartphone. And it could pass for a flagship device.

And it arrives with 19.5:9 aspect ratio, which reduces the bezels and borders of the Smartphone. Which boasts of 90.90% screen ratio.

At the back sit a dual rear camera, and a rear-mounted fingerprint sensor scanner. The phone will be offered in Aurora Green and Thunder Black gradient color options.

For the optics of the phone, it arrives with a triple cameras in total. There is a single selfie shooter, and dual cameras setup on the back.

While the front facing selfie camera is housed in the pop-up selfie, consisting of a 16-megapixel shooter with f/1.79 lens aperture.

The Ultra Night Mode recognises scenes and optimizes the settings, and it also helps in image-stabilization for a long exposure and low-light performance.

For the biometric security feature, the Oppo F11 Pro comes with the normal and regular Face Unlock feature, which isn’t comparable to the iPhone X’s .3D scanner

It packs a bunch of network and connectivity features, such as 4G LTE, Wi-Fi 5, Bluetooth 4.2, GPS/ A-GPS, Micro-USB port, and a 3.5mm headphone jack.

The Oppo F11 Pro is powered by a MediaTek Helio P70 chipset, running at 2.1GHz Octa-core frequency. And it comes with graphic processor, for playing intensive games.

There is something called “HyperBoost tech” Oppo is using this feature to speed up app launch times and it delivers optimized performance.

You can also get the 64GB / 128GB internal storage, and the both models did not come with expandable memory storage. However, it comes with 5GB of Oppo Cloud storage.

It runs on the company’s latest ColorOS 6, based on Android 9 Pie out of the box. But this won’t be the latest before the year runs out.

For the power house, the phone arrives with a 4000mAh battery capacity with VOOC Flash Charge 3.0 fast charging, and the company claims that it delivers up to 12 hours of video streaming.

If you are interested, the Oppo F11 Pro will be sold via Amazon, Flipkart, Paytm Mall, and Snapdeal. And Oppo is offering 5 percent cashback on transactions made via HDFC Bank credit and debit cards.

This isn’t the company’s first pop-up selfie camera Smartphone, there was the Oppo Find X. But the first to use the Vivo Nex single camera pop-up instead of raising all the upper section of the phone.

The Oppo F11 Pro is Indian-exclusive, and will officially launch in other regions such as Southeast Asia, the Middle East, and North Africa.