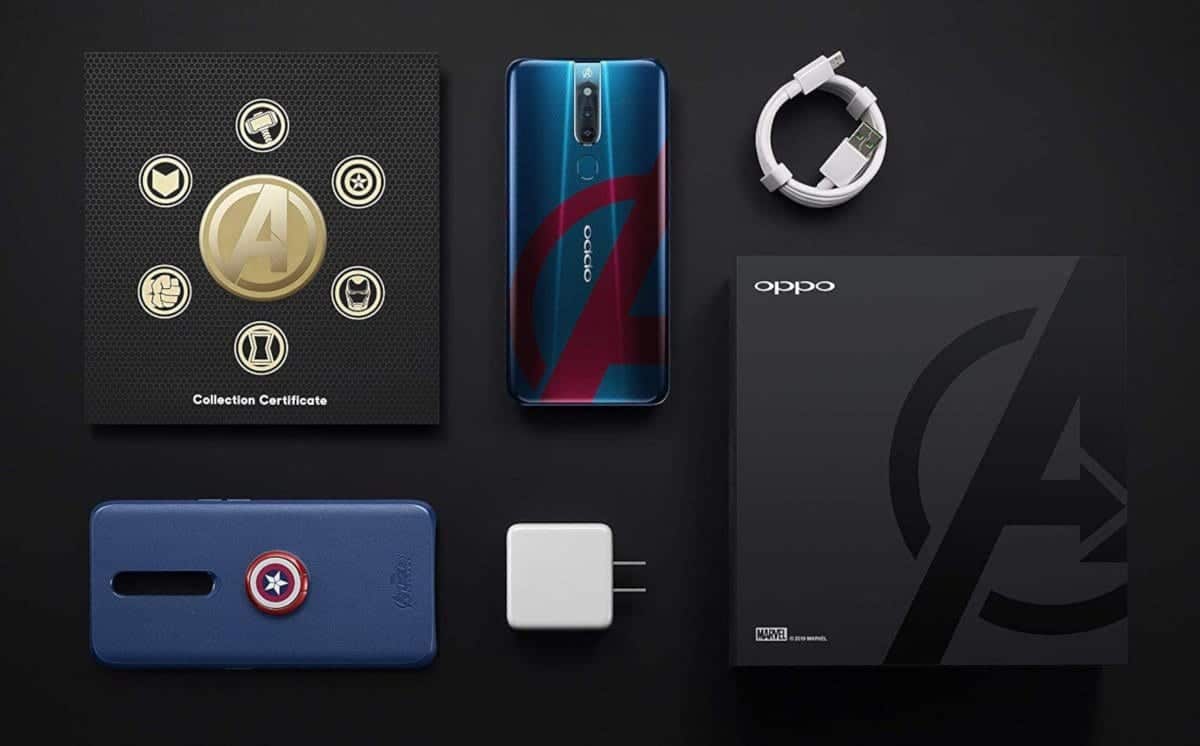 On the 26th of April, Chinese Smartphone maker, OPPO announced the F11 Pro Avengers Edition in India. This is to mark the release of Avengers: Endgame in India.

Oppo F11 Pro Marvel’s Avengers Limited Edition is here actually, and you can really purchase the mobile handset right now for Rs. 27,990 in the country.

In order to bring this purposeful edition Smartphone into the country, the company, Oppo had to partner with Marvel. It arrives with lucid design and color options.

Bundled inside the phone’s box is not just the colorful Avengers design, there is also a free Captain America case, a stamped collector’s badge.

And another included in the box is a ‘Collection Certificate’ with golden stickers of major characters like Hulk, Iron Man, and Thor among others. Lastly, the limited-edition smartphone will feature an Avengers-themed wallpaper.

Before the India launch, the phone has already been unveiled in Malaysia, and it is available in a Blue hue, hexagonal pattern and a glossy finish.

And it arrives with the red Avengers logo completes the design. Actually, the design is the only difference from the regular OPPO F11 Pro.

It is also powered by a MediaTek Helio P70 chipset, Hyper Boost technology, coupled with 6GB RAM, 128GB internal storage, and runs on ColorOS 6, based on Android 9 Pie out of the box.

The mobile handset is backed by a 4000mAh capacity with VOOC Flash Charge 3.0 fast charging, and you can purchase it at Rs. 27,990 in the country via Amazon.in.