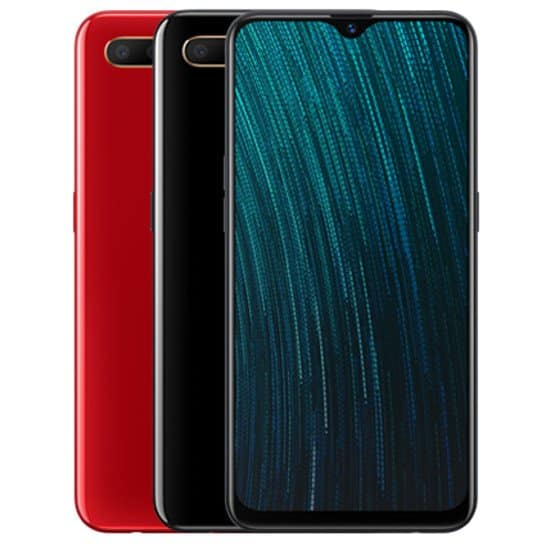 The Oppo A5s Android Smartphone has been launched in India with a dual rear camera setup, and it is powered by a 4,230mAh battery capacity.

As we hopefully assumed that the AX5s will debut as A5s in other countries, and here is the actual mobile phone.

The Chinese handset maker OPPO launched the A5s smartphone on Monday for Rs 9,990. There is no real different between the Oppo AX5s and A5s handset.

The OPPO A5s Smartphone comes with a unique and dazzling design in different color options. The A5s is a budget-friendly device in India right now.

It sports a moderate 6.2-inch HD+ (720×1520 pixels) In-Cell display with a 19:9 aspect ratio. And the bezels surrounding the screen is quite impressive.

One of the other features of the productivity tool is that, it supports multiple shortcut tools, including cutting and screen recording.

It comes in two color, there is the Black, Red, Green, Gold color options. And it also supports a dual camera and fingerprint sensor scanner at the back.

While the dewdrop notch-display style at the front of the screen houses a 8-megapixel selfie camera with an f/2.0 lens.

It is a dual-SIM, and it also supports other regular network and connectivity features, which includes 4G LTE, Wi-Fi, Bluetooth v4.2, GPS/ A-GPS, and Micro-USB port.

And it is available in different RAM models, there is the 2GB RAM and 4GB of RAM variant. Which produces faster performance and seamless switching of apps.

Comes in either 32GB and 64GB of inbuilt storage options, and fortunately, you can expand any of the variant up to 256GB via a dedicated microSD card support.

It comes with different sensors, include Accelerometer, Ambient light, Magnetometer, and a Proximity sensor. Aside from that, it packs a 4,230mAh battery capacity.

For pricing and availability, the company is yet to announce the pricing for both models. But it will start hitting on stores shelves soon. You can purchase via Amazon, Flipkart, Paytm Mall, Snapdeal, and Tata CLiQ as well as offline stores.