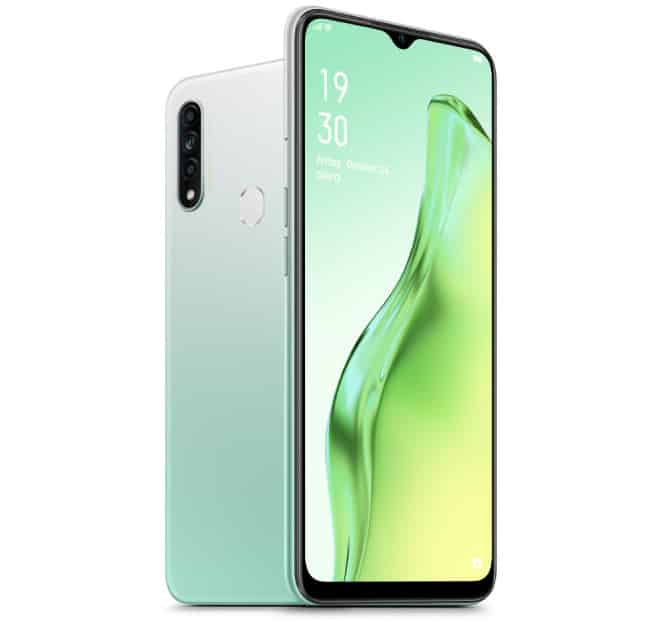 OPPO A31 has been launched with a 6.5-inch HD+ screen, powered by MediaTek Helio P35 SoC with 4GB of RAM, 8-megapixel front camera, rear-mounted fingerprint scanner, and a 4230mAh battery capacity.

The new phone was announced in Indonesia with the triple rear camera setup, and it is actually a rebranded version of the OPPO A8 Smartphone, that was introduced in China, December last year.

The design of the phone is practically like other normal budgeted phones, with reduced bezels and borders surrounding the display of the screen.

It packs a triple camera setup at the back, which includes 12-megapixels rear camera with LED flash, EIS, 2-megapixels depth sensor and 2-megapixels camera for 4cm macro with 1.75μm pixel size, f/2.4 aperture.

While the water-drop notch display houses a single 8-megapixels selfie camera. The cameras can record videos at up 1080p resolution. It comes with Dual SIM mode, which includes the nano + nano + microSD format.

Under the hood, the phone is powered by a 2.3GHz Octa-Core MediaTek Helio P35 12nm processor (ARM Cortex A53 CPU) with IMG PowerVR GE8320 GPU. It is a good chipset for such a phone with faster performance.