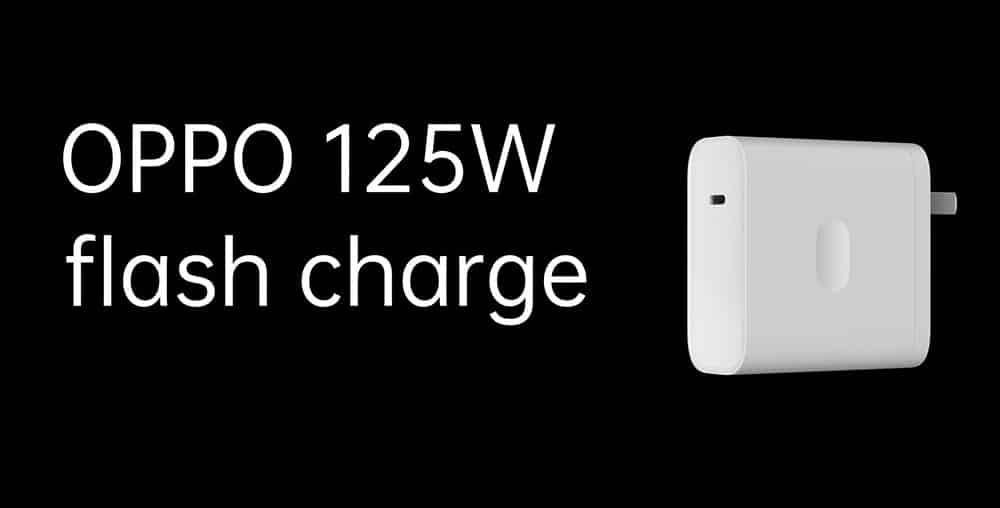 In 20 minutes, the Chinese based Smartphone, OPPO boasts that its new 125W flash charge tech can charge your Smartphone from exactly 0 to 100%. It is unarguably that major Smartphone brands are now breaking a series of limits.

Of course, it is widely known that OPPO is certainly the pioneer in introducing fast-charging solutions. And with the new OPPO 125W flash charge, the company claims that it is the most advanced in the industry.

OPPO was behind the tech used in the Dash Charge system used in OnePlus phones, and it has been doing pretty well. But the company’s new 125W flash charge is definitely superb in the fast charging tech.

Assuming this is exactly what we are expecting, OPPO just beats its own fast-charging record of 4000mAh battery phone but in 10 minutes. This new tech supports mobile phones with SuperVOOC and VOOC flash charge protocols and even laptops with 65W PD and 125W PPS.

Here’s a first look at 125W Flash Charge technology in action. It can fully charge a 4,000mAh battery in 20 minutes. ? #FlashForward pic.twitter.com/EWtfGcsL4m

You can easily build a big power adapter and plugging it into a regular phone, but that is not the matter, as the charger, cable, and battery needs more attention, for safety and efficiency.

OPPO also said that the phone, which isn’t yet a commercial product is equipped with dual 6C cells with multiple tab structures, charge pumps, and a highly integrated MCU to improve charging efficiency, which is up to 98%.

Alongside this, it uses fuse overvoltage protection measures. Unlike Oppo’s previous USB-A VOOC chargers, it uses USB Type-C at both ends of the cable, as well as a 128-bit high-strength encryption algorithm to enhance safety.

And with the wireless technology coming straight up, this will even make it faster than any currently available wired solution, but the company announced its first phone to use the wireless charging technology earlier this year.

OPPO equipped the bottom of the charger with a semiconductor cooler in order to adjust the heat entering and exiting, in return, it ensures that the handset is not hot after being charged. Which keeps the phone’s temperature over 2℃ lower than that of only using the fan to dissipate heat. 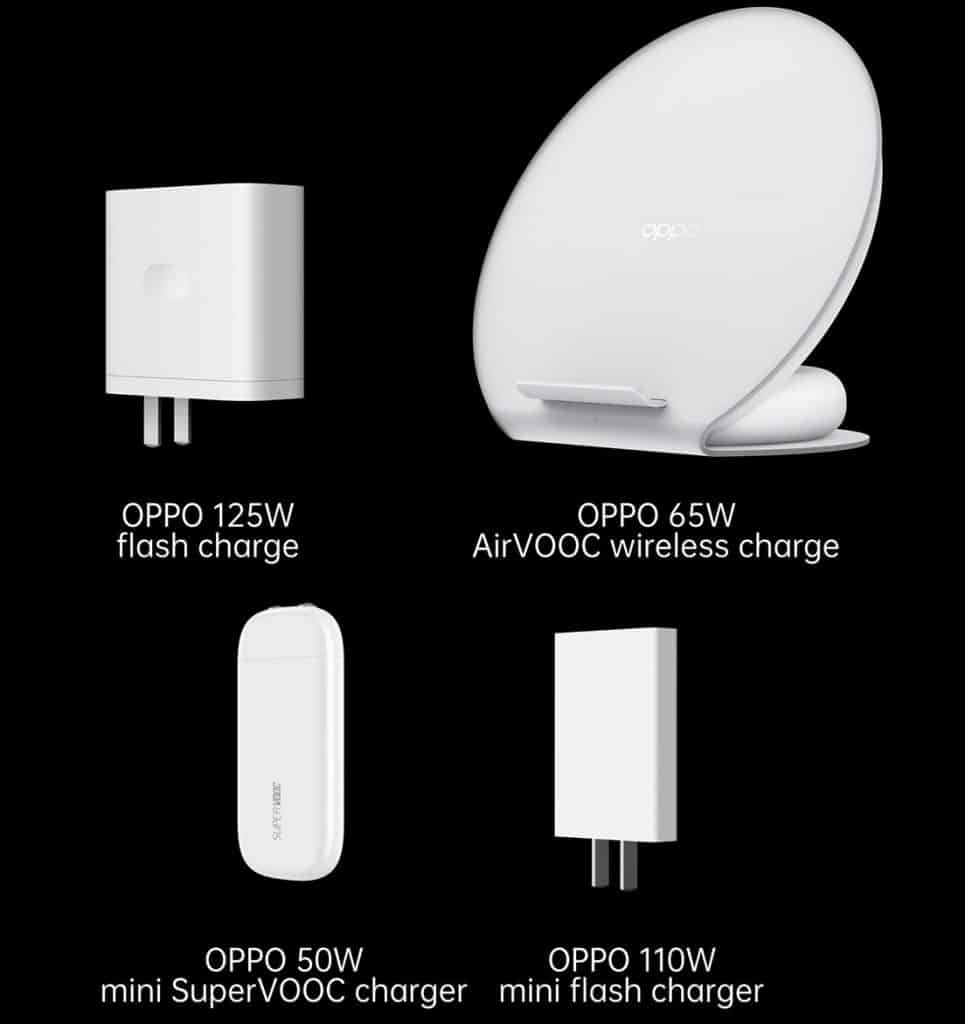 Lastly, OPPO also announced a 50W mini SuperVOOC charger, which is developed through multi-radian curve processing has a thickness of only 1.05cm making it extremely convenient to carry it in the pocket.

And 110W mini flash charger, which is similar to the size of a normal 18W charger. But uses innovative dual-level architecture to achieve high-efficiency power conversion and temperature rise control. These compact adapters use GaN technology to reduce its size.

There’s no word on when 65W AirVOOC charger will be available or when phones will support it. This also includes the OPPO’s 125W flash charge, and it was just last year, VIVO announced its own 120W tech that can charge a 4,000mAh battery in 13 minutes, but we are yet to see it on any phone.