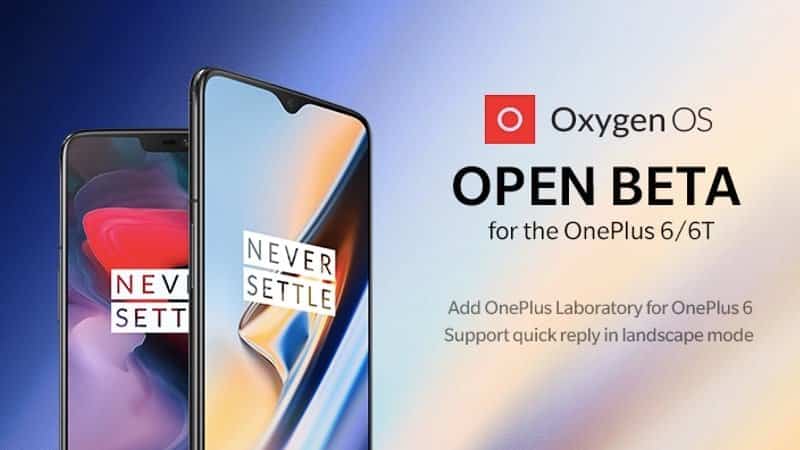 The OxygenOS Open Beta Updates was announced on these mobile phones few hours ago. These new Open Beta builds are for the company’s four most recent smartphones.

Meanwhile the OnePlus 6T received its first Open Beta build in late December, the older devices have been on the Open Beta program for a while now.

However, the Open Beta program allows OnePlus users to try out new and experimental features and software versions before the stable update rollout.

And the Open Beta builds are based on Android 9.0 Pie OS, which brings the updates smoothly to the company’s Android 9.0 powered four devices.

The OnePlus 6 and 6T are receiving the Open Beta 12 and 4 updates, and the new update brings the OnePlus Laboratory function for the OnePlus 6, optimization for the screenshot function, support for quick reply in landscape mode, gaming mode enhancements and improvements to the clock.

Understand that Open Beta software is for experienced users, since the software is not as stable as the regular software for the phones.

Meanwhile for the OnePlus 5 and OnePlus 5T, the update brings optimizations for the screenshot function, support for quick reply in landscape mode and gaming mode enhancements.