With the OnePlus new Clipt app, users can easily transfer data such as texts, photos, and other files from his/her Smartphone to laptops or Mac devices. OnePlus claims that it is quick, easy, and efficient.

It is quite funny but trying to get something from a phone to a computer isn’t that seamless, but that is what Clipt app is here to solve. Transferring data from handset to PC can take different turns.

OnePlus Clipt app will now allow you to easily copy the text on a phone and paste it on a laptop. This will try and save you time either messaging yourself on a chat app to get something or mailing yourself an image.

It will also come in handy for those that are slightly annoyed with the 25MB limit on email clients. The OnePlus Clipt app was developed by the company OneLab team that was introduced just a week before the Clipt announcement.

For most techy, copying a text from Smartphone and pasting them on a PC was mainly the concept of the Google Clipboard app. However, Clipt isn’t offering anything unique in that case, aside from the photos and file transfers.

All these are done with the help of Google Drive. The Clipt app makes use of your Google Drive cloud storage as a means of transferring files. This means that you can also transfer large files faster than a cable / Bluetooth.

How does Clipt app work?

From the little words above, you should be able to understand the functions and advantages of OnePlus’s Clipt app.
Clipt is available on Android as an app and for the Google Chrome browser on Mac and PC as an extension.

While the Clipt app is the bridge between phone/PC, it will also be helpful in the current work-from-home situation. In other to make it work seamlessly, firstly, you will need to download the app on either platform.

To proceed OnePlus requires you to log in to your Google Drive cloud storage, which connects your Google account on whatever device you want to transfer between and you can also download transferred data from any other connected devices. 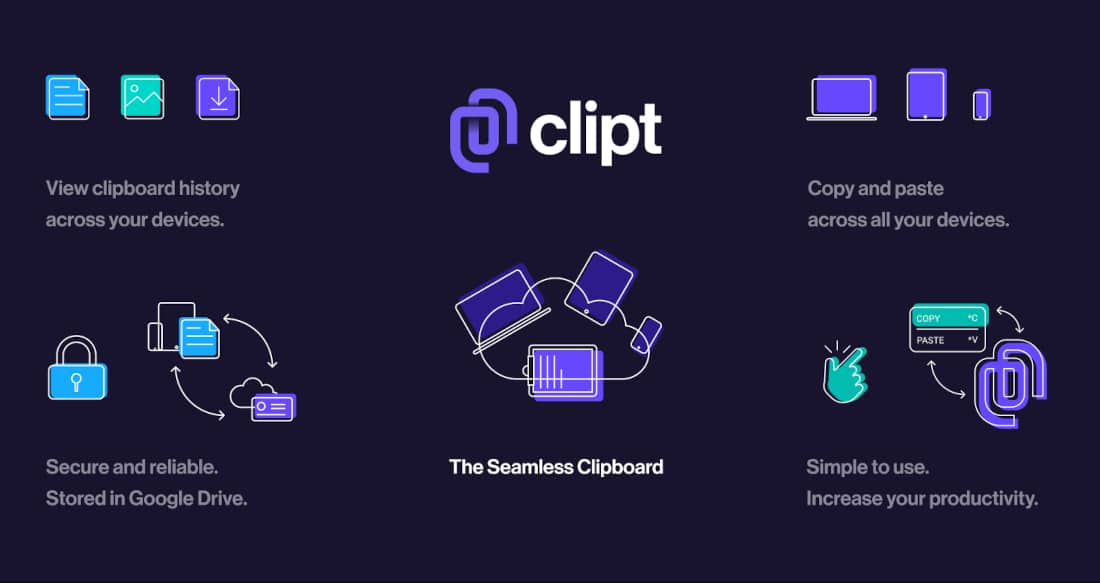 When connected, you can quickly upload any text, photo, video, document, or file to Clipt app. And promises to keep users’ security and privacy in mind. OnePlus says the app will not read your entire Google Drive storage.

But instead, it will only communicate a way to identify the data that has been uploaded. Since the Clipt app itself is siloed, it cannot download other data.

From the blog post, “In the permissions, you’ll see we request the read and write of your Google storage, but Clipt can only download the files it creates as it’s siloed.”

OnePlus said that there is a file number limit of 10, after which Clipt will automatically begin deleting files to make sure you do not fill up your cloud storage. Clipt can also allow users to sync their clipboard.

The OnePlus Clipt is available for free on the Play Store for Android and the Chrome Web Store for the Google Chrome Browser as an extension. OnePlus says after you’ve tested it, you can relay to them any questions or feedback.