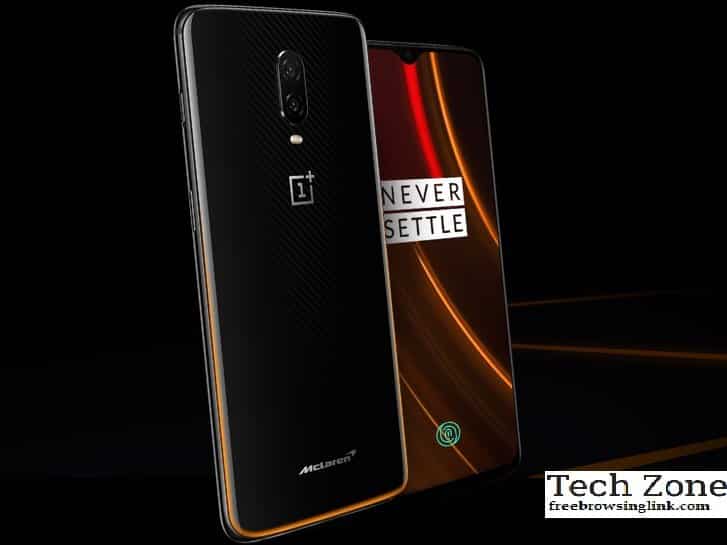 OnePlus 6T McLaren Edition has finally been launched with 10GB RAM, Warp Charge 30, Snapdragon 845 processor and it runs on OxygenOS-based on Android 9.0 Pie out of the box.

The McLaren Edition is the fourth color options for the OnePlus 6T family, and it comes with a unique and flashy design, but it is still affordable at $699.

If you haven’t seen a 10GB RAM Smartphone, then lets make welcome the OnePlus 6T McLaren Edition. Leaving the 10GB RAM, Warp Charge 30 unit and design aside, the phone is just an iteration of the OnePlus 6T. 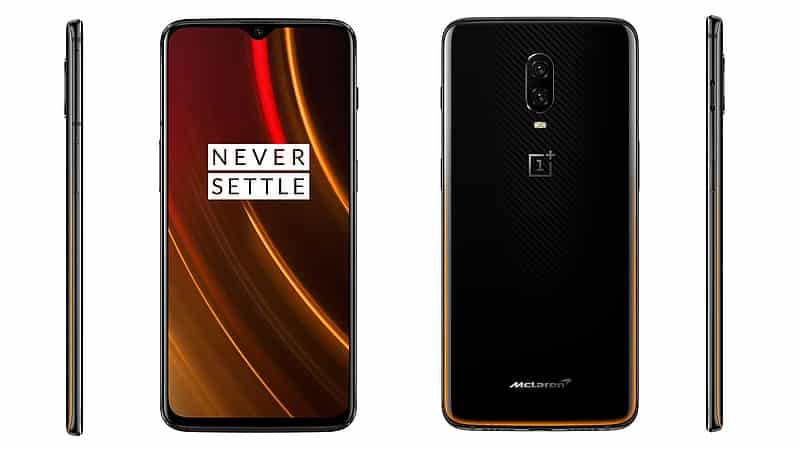 The manufacturers of the OnePlus 6T has already made the phone available in three unique colors, which includes – Mirror Black, Thunder Purple, and the Midnight Black with 6GB RAM and 8GB RAM.

But today, the company deems it fits to bring another stunning edition to the series, and here is the OnePlus 6T McLaren Edition with 10GB RAM.

Of course, the phone comes with all-glass build design, and it is completely protected by a 2.5D Corning Gorilla Glass 6 protection.

That is why, you could see the glowing carbon fibre pattern under the glass of the rear panel. And to represent the car company’s style, there is a papaya orange lining on the bottom.

What is the essence of $699 Smartphone, when it doesn’t offer impressive cameras at the front and back? This OnePlus 6T version arrives with cool camera features.

While at the front, the waterdrop-notch display hosts a 16-megapixel Sony IMX371 sensor with an f/2.0 aperture and 1-micron pixels. It supports EIS, 1080p/720p at 30fps video recording.

However, the company is also boasting of advanced Nightscene, which is used during low-light photography, and it reduces noise, using a new HDR algorithm across a 2-second exposure.

If you are a fan of McLaren, then this 10GB RAM will benefit your lifestyle. Anyways, am not sure if anyone needs a 10GB RAM Smartphone in 2018?

We have more Smartphones with 10GB of RAM, and they are incredibly amazing to look at. The phone comes with 256GB of inbuilt storage, which is not expandable.

One of the biggest inclusions in the box is a 30-watt charger with a striking orange power cord, which is based on OnePlus’ new Warp charging technology.

The company claims that the 3,700mAh battery capacity can get fully charged up from 0 to 50 percent in just 20 minutes, all thanks to the Warp charging tech.

The price of the OnePlus 6T McLaren Edition is $699 / €699. Which is makes it, the company’s most expensive phone ever. But better at price than the Note 9, S9, and other iPhone series.

Beginning from tomorrow, the 13th of December, the OnePlus 6T McLaren Edition will be available in Western Europe and North America.

Later on, it will expand to India, China, and the Nordic countries sooner or later. Like it or not, the OnePlus 6T McLaren Edition is the company’s costliest Smartphone and the best phone value right now.