OnePlus successfully launched the OnePlus 5T and sincerely, it is among the top rated Android Smartphone nationwide and it ranks in competition with the likes of Apple, Samsung, Huawei and many others. The 5T successfully beats iPhone X in a speed test.

Despite coming with vigorous specs and features, the phone can still be separated from other Flagship devices with the differences and similarities in the competition likes. Yes, there is the premium design, comfortable touch, best security but the phone still lacks some compulsory features.

The OnePlus 5T comes at an affordable price. The phone is currently priced under $600 and different companies still organizes various flash sales in different websites and the phone is always included. Most times, you can get it at $500 per unit. 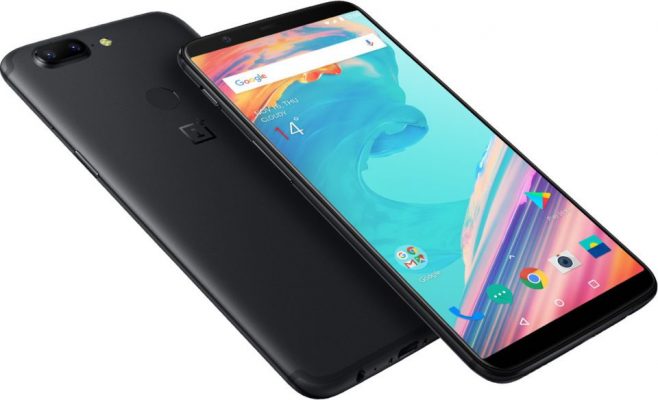 The OnePlus 5T Android Smartphone sincerely arrives with premium flagship design on the front and back cover. Well, it might come with bezel-less display on the front but the device still features top and bottom bezels to house the front camera, receiver ambient light sensor and to hold the OLED panel.

The OnePlus 5T has a fine finishing design of all-aluminum with a 2.5D Corning Gorilla Glass 5 protection. The device features a rounded corners on the edges offering a slightly curved, sleek display.

While on the display, the OnePlus 5T features a 6.01 inches with 18:9 AMOLED with high end Full HD resolution of 1080P and 401 PPI. With a high 80.5% screen-to-body ratio. It is commonly differentiated from other company with QHD (2K) displays. Other supportive features includes Adaptive mode, Reading mode, Night mode, Lift Up Display and Ambient display.

It is available in Midnight Black, Lava Red colors and later on after the launch, the phone arrives in a limited edition Sandstone White finishing. The OnePlus 5T is one best Android Smartphone you can get right now! The device comes with a futuristic panel design, specs and features.

Coming to the camera aspect, the OnePlus 5T Smartphone is incredibly the best among others. The handset did feature a dual camera setup at the back but unlike their fellow Chinese company rivals / competitors, the 5T dual camera shoot better image quality with inspiring graphics.

On the back camera, the phone offers a 16-megapixels Sony IMX 398 and 20-megapixes Sony IMX 376K with Dual LED Flash and they both offers a large aperture of f/1.7, that takes better low-light shots and the same 27.22mm focal length. The company decided to remove the 20MP rear sensor as a telephoto option but it serves as the secondary snapper along with the main.

Something else is wonderful over here, the camera features OnePlus Intelligent Pixel Technology, with this, the lens merges four pixels into one to improve clarity and reduce noise and blurring. The 2x zoom function is also there, this does a good work at producing better picture quality in good light. You might see only 1x button but on tapping the button, it radically jumps to 2x mode.

Meanwhile on the front selfie shooter, the phone packs a 16-megapixels f/2.0 camera with pixel size of 1.0μm. The selfie snapper is accompanied with a screen flash, which is intuitive for night shot.

The OnePlus 5T is the company’s first Smartphone to arrive with face recognition feature. Your phone unlocks under 0.5 seconds. Actually, it is not a new technology innovation but at least, it gives you the best security combining with the rear mounted fingerprint sensor scanner.

The Face recognition, which supposedly took a ride with iPhone X, is slightly better but still incomparable to that of Apple’s. It uses over 100 facial identifiers for confirmation but similar Chinese companies uses almost 125 face detection but the 5T does a pretty good job at that. It’s used only for unlocking the handset.

The OnePlus 5T Smartphone is undoubtedly the best Smartphone with smooth and fast processor performance. In order to compete with other high-end phones such as Samsung, iPhone, they will probably need a fast software performance and the 5T isn’t back away from that.

The handset is powered by a battery power controller of Qualcomm Snapdragon 835 at 2.45GHz Octa-core processor. While the graphics is being taken care by Adreno 540 GPU, this allows you to play demanding and intensive games, stream movies and many others with receiving any crash report, slowing down or intrusive notifications.

The device comes in various variants, starting from the limited colors to the RAM and internal storage. Just like other Samsung Galaxy smartphones before the S7, the phone does not feature an expandable memory storage. It runs on OxygenOS based on Android 7.1.1 Nougat.

The phones comes in 6GB and 8GB RAM with 64GB and 128GB of internal storage. With this, the phone fully takes the responsibility of controlling the multitasking, which involves switching of apps.

There is a 3,300mAh battery capacity with Dash Charge technology, claims to give you ‘a day’s power in half an hour’, which in reality means just under 60% in 30 minutes. Due to the metal body, the phone lacks wireless charging supports.

Confidentially, the phone can stay up to a day without slacking but on a full charge. And it supports AANC and Dirac HD Sound, giving you a loud speaker during your mystic music time.

How Much is the OnePlus 5T (Price)

There are different factors that might affect the price of Android Smartphone, which includes;