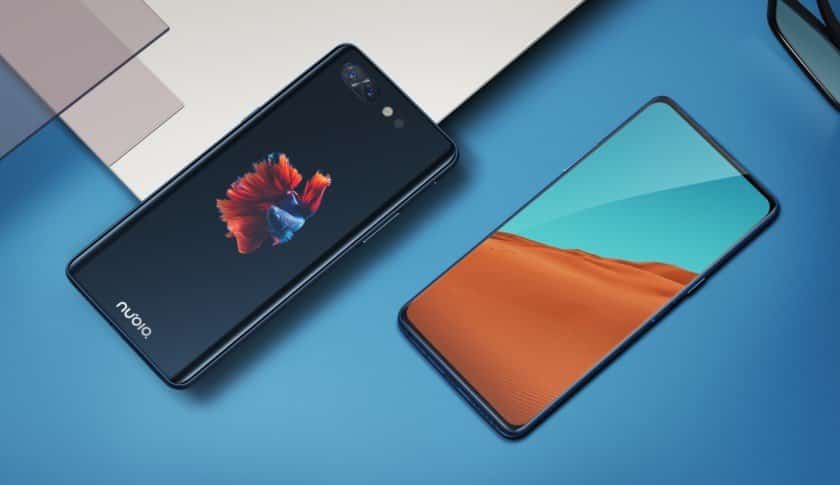 Nubia mobile is a Chinese smartphone manufacturer in Shenzhen, Guangdong. But today, they have launch a Smartphone that comes with a dual OLED display, there is a smartly-integrated secondary display at the back.

However, the near bezel-less smartphone is built on a metallic blue color with its secondary screen located at the phone’s back plate.

The phone comes with the latest chipset, Qualcomm Snapdragon 845 SoC and the second display.

However, the back, which also serves as a screen display, is also touchscreen enabled alongside with the processor serves as the two major specs and feature.

Meanwhile, others remains identical to other similar Smartphone. 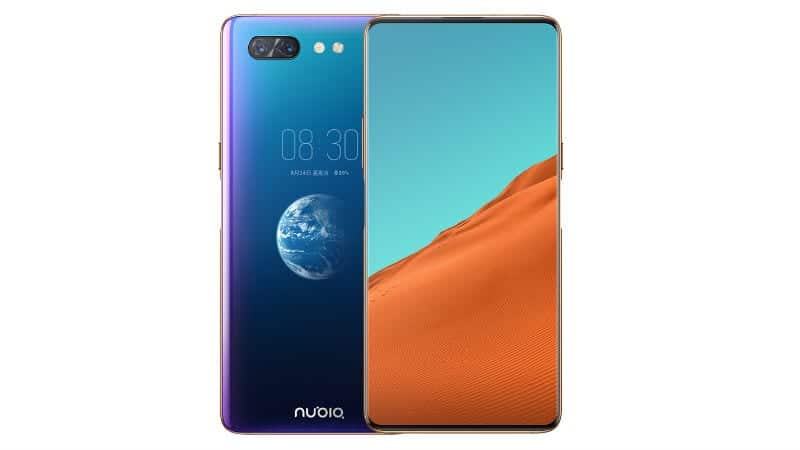 You might be wondering, why the secondary display at the back? Well, technology is increasing and advancing everyday but especially the bezel-less trend keeps bringing and introducing more innovations.

The brain behind the Nubia X is to entirely eradicate and hide the bezels surrounding the screen, or the annoying iPhone X notch display, but without embracing the sliding motorized mechanics.

Henceforth, the company remove the front-facing camera but you can still take selfies via the secondary screen on the back.

Nubia X arrive with a secondary back 5.1-inch LCD screen with 1520 x 720 resolution. Arrives with the trending 19:9 aspect ratio.

The new Smartphone is unveiled with two screens and two fingerprint readers, available on both sides of the phone.

The main screen display boasts of a 93.6% screen-to-body ratio, the other back screen can also be use as an additional controls during gaming and can be mapped to your liking.

Both screen arrives with a Corning Gorilla Glass 3 protection, and 96 percent NTSC colour gamut.
The dual fingerprint sensors, can unlock either screen. And also, the scanners also double as navigation buttons.

Unlike other bulky and heavy Smartphones, the Nubia X arrives with a thinner and slimmer 8.4mm and it weighs 181 grams.

It is a notch-less Smartphone with 2.5D glass protection. It also comes with Always on Display and a software blue light filter for more comfortable night-time reading.

While the physical blue-light filter component arriving in the Ocean Blue and Blue and Gold models.

For video calls and selfies, you can make use of the rear display, it was designed for that purpose. The nubia X doesn’t have a front-facing camera, that is their idea of bezel-less design.

The Nubia X is powered by the latest high-end Qualcomm Snapdragon 845 chipset, which is meant for premium flagship phones in 2018.

But it comes in 6GB or 8GB of RAM but in three different storage configurations: 64GB, 128GB, or 256GB ROM but it ditches an expandable memory card slots.

And the company promises that it will last a full day of usage.

The Nubia X will be available for purchase starting from today, November 5, in China. The price of the Nubia X with 6GB RAM + 64GB internal storage starts at 3,299 Chinese yuan / $475, which is around N171,000 in Nigeria currency.

But you will only get these phones for the following colors: Deep Gray and Black Gold options. Meanwhile, the company is requesting more CNY 100 / $15 for the Sea Light Blue variants of the each of the models listed above.

Nubia company, at first, it was a subsidiary of ZTE in 2012, but became an independent company in 2015 with a significant investment from a company.