The Nubia Red Magic Mars was officially launched in the market, and it comes with the latest features, and specifications. The mobile phone was named rightly after the popular video game: God of War. Previously, the company launched the Nubia X, lets see what they have got for us.

The Nubia Red Magic Mars arrives with both liquid and air cooling to increase CPU performance by up to 70 percent by reducing the temperature by up to 13.2-degrees. And there is the touch-sensitive shoulder button and 10GB of RAM, we have just three Smartphone with 10GB RAM.

The last generation, Nubia X was launched with dual camera, fingerprint sensor but lacks the front selfie camera. The phones released by the company are mainly focused at gaming, and the Nubia Red Magic Mars isn’t different from others.

But it comes with bunch of new impressive specifications, and features. It sports a 6-inch Full-HD+ display with 18:9 aspect ratio, and the screen resolution is 1080 x 2160 pixels. The design of the phone is also a standing order, it is standout from others in the category.

The Nubia Red Magic Mars arrives with a unique design, there are two Red Magic touch game buttons, for landscape mode, while gaming. Capacitive shoulder buttons which provides additional controls, and you can attached a joystick to end of the phone.

The device features a LED light strip on the metallic back, which is also seen on the ROG gaming phone. At the back of the Smartphone, there is the fingerprint sensor scanner, which is rear mounted. Available in red and black models.

At the back of the camera, it consists of a single 16-megapixel camera with f/1.8 aperture and phase detection autofocus (PDAF). While at the front, the smartphone comes with a 8-megapixel selfie camera with f/2.0 aperture.

The vapor cooling system helps to reduce the device temperature by up to 13°C and improve CPU performance by up to 70%. The phone also offer “4D gaming experience” with real-time recognition of game scenes that vibrates the phone to match more than 40 game scenes.

Others includes voice changer, stereo speakers are also built right into the phone. Under the hood, the phone is fueled by a 3,800mAh battery capacity. This will last for a longer period of time, enhanced with the OS and the processor.

The Nubia Red Magic Mars comes in three models, 6GB RAM and 64GB storage, 8GB RAM and 128GB storage and there is the higher or the premium variants, 10GB RAM and 256GB storage with fixed price. However, the Xiaomi Mi Mix 3 also come with 10GB RAM. 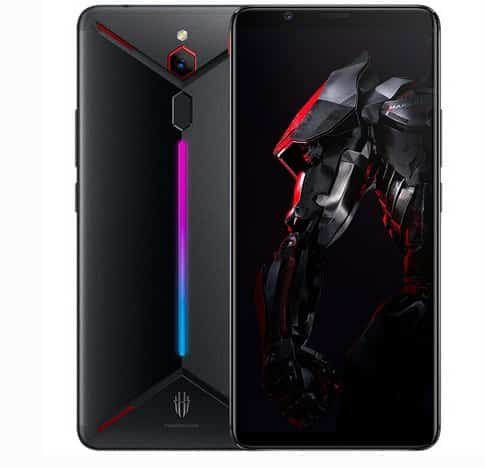 The Nubia Red Magic Mars is available for pre-ordering in China. And users or customers in China can pre-order the Smartphone starting from December 7, 2018. Meanwhile, there is no word, if this gaming phone would ever make its way out of China. Anyways, welcome to the trend wave of gaming phones on Android!