The Nubia Red Magic 3 is the latest gaming phone to arrive in China, and the company’s industry first cooling fan is built right into it.

It arrives with the company’s signatures around the screen display, including the back panel also. It packs a bunch of amazing features too. 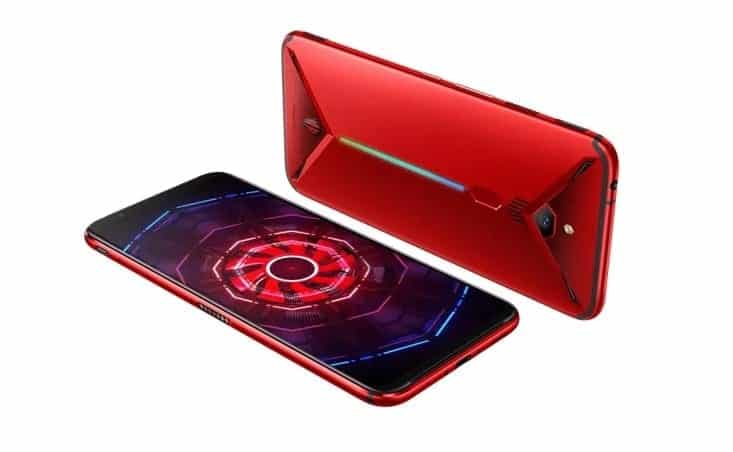 Like other gaming Smartphones out there, the handset arrives with outstanding design. Smaller bezels around the screen display, and a slight chin at the bottom.

As already aforementioned, the back panel design is much more equivalent to the Red Magic Mars gaming Smartphone. It sports a single rear camera.

The top right side sports an action button, above the cooling grid, which acts as an additional key during gaming. Notably, the diamond-shaped rear fingerprint sensor handles such situation also.

Other buttons can be customized, and the RGB lighting isn’t an exception. As you can also customize it with several effects and over 16.8 million colors with Red Magic’s light effects editor.

The Nubia Red Magic 3 is arriving after the first Red Magic gaming phone, and six months plus after the official announcement of the Red Magic 2.

And sincerely, cameras has never been the gaming phone number priorities. There is a single rear mounted 48-megapixel Sony IMX586 sensor with f/1.7 aperture.

While the slight bezels up front houses the 16-megapixel front facing selfie snapper sensor with /2.0 aperture and AI Beauty features.

Red Magic 3 can shoot in 8K and up to 1920 fps (frames-per-second). The company did not add the bokeh effect feature, because there is no secondary lens.

Firstly, we are excited to see the Nubia Red Magic 3 built around the latest Qualcomm Snapdragon 855 processor, coupled with other gaming features.

It is available in major models and variant, 6GB RAM, 8GB RAM, and 12GB RAM options. Alongside with 64GB , 128GB and 256GB internal storage.

Any gaming-focused or centric Smartphone has one major specialist, and that is the cooling. The Red Magic 3 did not let that escape their memory.

The company stuck a PC-style cooling fan inside the mobile handset, and they are calling it ‘Industry First’ It is the second-generation ICE liquid cooling, and might reduce the temperature with 16 degrees Celsius.

According to the company, this increases “effective heat transfer by 500 percent.” Anyways, it runs on Android 9 Pie out of the box.

The phone is backed by a 5,000mAh battery capacity with 27W fast charging support and Power Delivery. Promised to allow one hour of gameplay in just 10 minutes of charging.

The Nubia Red Magic 3 is out in China on May 3, and will be released in the US, Canada, and Europe later in the month.