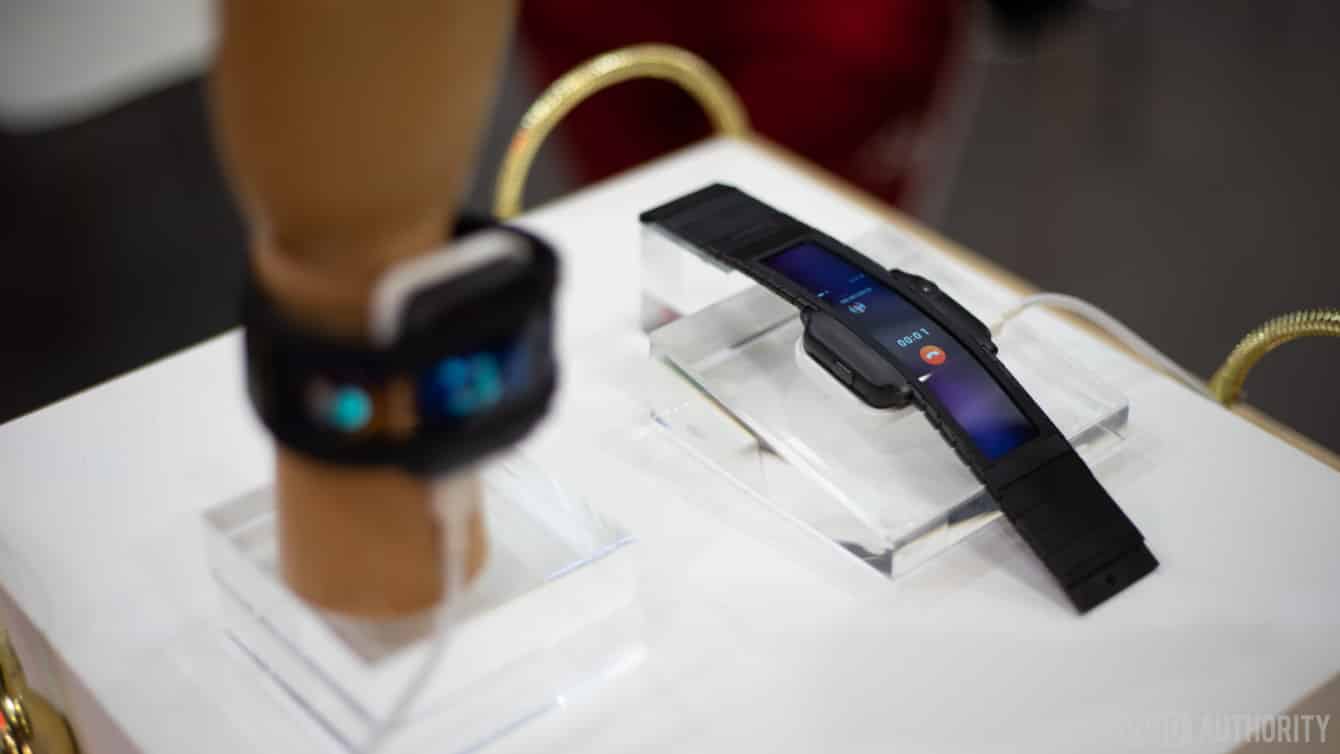 The Nubia Alpha Smartwatch, comes with a flexible OLED display, that comes with a large and long 4-inch Foldable display with gesture control.

Everything you’d expect a Smartwatch to come with is available on the Nubia Alpha, and it comes with much more Smartphone like specs and features.

The Nubia Alpha Smartwatch has been in talk for a couple of month now, and it was first shown on IFA last year, and now at MWC 2019.

Nubia isn’t the first company to unveil a bendable device in the industry, Smartphone and Huawei has unveiled their own version of Galaxy Fold and Mate X.

With the introduction of the Huawei Mate X and Samsung Galaxy Fold, the South Korean tech giant, and Chinese Smartphone maker, both aim to take the tech a notch further.

Smartphone makers wants to combine a regular Smartphone and tablet together with the Foldable tech. This is just the basis of introducing foldable tech – using one device for two purposes.

Anyways, Nubia has done more than that with the Alpha Flexible OLED Smartwatch, – allowing you use a single device as a portable Smartwatch and Smartphone altogether.

The Nubia Alpha is actually a bracelet, lets users make and receive calls, take photos, and use apps. It also features other sensors like heart rate sensor.

Other features includes fitness tracking, mobile payments i.e AliPay, and voice calls either through its built-in speaker or a connected Bluetooth headset. 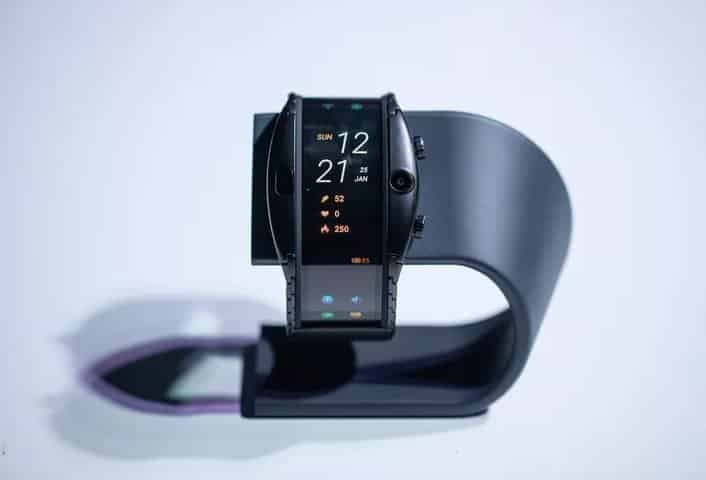 It comes with a large, and wide 4-inch (960×192 pixels) flexible OLED display with 5:1 ultra-wide aspect ratio. And the company made more promises with the new tech.

Nubia also claimed that this watch has 230 percent more screen real estate than the standard smartwatches in the market. Nubia claims that the watch is water-resistant.

The company also made references concerning the display protection of the device, as they claimed it can withstand being bent 100,000 times. Comes with a stainless steel band in Gold and Black colour options.

If you really want the device, the company is giving you fore-assurance that you can easily wrap it around your wrist without worrying about damaging it.

It comes with “gesture control” and it is enhanced with so many features. As you can wave your finger over the device to get it to scroll up and down, or left and right.

The gadget comes with some physical buttons on the side of the device. Each buttons has its own assignment that is programmed to complete. There is the buttons that kicks you back out to the home menu, for voice control.

It comes with a single camera lens, it is a front-facing camera lens. Which is the 5-megapixel 82 degree wide angle sensor with f/2.2 aperture selfie camera for taking perfect shots.

If you are the movie watching type, then you are provided an option to watch movies at a right angle to see them straight. But it wouldn’t be as good as using a Smartphone.

The device has two connectivity types, supports 4G connectivity via eSIM. The cheaper model will offer Bluetooth connectivity, while the pricier model gets you eSIM compatibility.

What is the essence of your mobile phone, when the Nubia Alpha flexible Smartwatch can send text messages via SMS or WeChat with a T9 alphanumeric dialer.

For the OS, the Smartwatch which can be used as a portable Smartphone is powered by a Nubia’s custom Android-based OS. Allowing you to scroll the watch’s essential information from any angle.

The custom OS is also responsible for the already aforementioned motion gestures. And if you’re left handed, then you can also drag the clock down on to the right hand side of your wrist.

You can also swipe left and right to move between lists of apps grouped by functionality, tap to select the app you want to use, and pinch to go back.

the Nubia Alpha is running on a Snapdragon Wear 2100, comes with 1GB RAM, 8GB of inbuilt storage and fueled by a 500mAh battery, which can lasts up to 2-days on a single charge.

The pricing and availability of the wearable device has been announced, as it’ll arrive on the black Bluetooth variant is priced at €449 / $510. While the eSIM model will go for €549 / $624.

The above prices are the global price, and they will be available in Europe and North America starting in April, while the eSIM mode will arrive in Q3 of 2019.