With the leadership of HMD Global on Nokia, they have been launching a lot of amazing Android Smartphones with quite impressive specifications and the price has been affordable. This is the list of all Nokia Phones!

Along the line, Microsoft sold Nokia Brand Name to HMD Foxconn for the sum of $350m, Nokia is back and back for better! HMD, is a newly formed Finnish company, aims to be only global licensee for Nokia branded mobile phones and tablets.

Today, we will be reviewing the latest Nokia Android Smartphones with their current Prices. In 2017, Nokia launched a lot of the Nokia Smartphones ranging from the Nokia 3310, Nokia 3, Nokia 5, Nokia 6, recently launched Nokia 8 Smartphone.

During the 2017 Mobile Congress Nokia launched one of the most rugged Mobile Phone and that was the old 3310 with new features and it goes for a crazy price. But that is not the first Nokia Phone.

Android ONE allows a device to receive adequate update session from Google for complete two years and yes, Nokia 6.1 Plus is among the program. Nokia partnership with Google has definitely pave way for a lot of Nokia Android ONE powered devices.

Being the latest in the series, the Nokia X5 is a mid-range device, but packs a lot of differences and similarities when compared with Nokia X6. The X5 features an iPhone X like notch on the top of the phone, glass back build with fingerprint sensor.

The Nokia X6 is company’s first Android smartphone in the ‘Nokia X’ series in China. The Nokia X6 comes in Blue, Black and Silver colors. And it comes with various attractive specifications and features, especially with notch display and glass back build.

You might want to upgrade from the first standard Nokia 5, am pleased to inform you that the recently Nokia 5.1 Android Smartphone is a worthy alternative, and it is price friendly. You can get the Nokia 5.1 Smartphone with 3GB RAM, tall display with 18:9 aspect ratio.

Here is another ANDROID ONE powered Nokia phone. The Nokia 3.1 is the latest Nokia device to come with flashy and spicy design on the back and front. The Nokia 3.1 looks portable and small, it will definitely fit into the hand and it is pocket friendly.

Looking for a simple budgeted Smartphone with amazing and impressive specifications and features, then you have the Nokia 2.1 Android powered Smartphone, The newly introduced Nokia 2.1 Smartphone runs on Android 8.0 Oreo (Go Edition).

The Nokia 8 Sirocco is a premium edition and successor to the Nokia 8 Smartphone. The Smartphone was launched in during the MWC 2018. And the company pin-pointed that the device is actually made for their fans, for appreciation and many more.

Do you need a Smartphone that gives you value for your money? Then the Sirocco is one strong and valid device for you. It is a little bit expensive and costly but the specs and features are over the wall.

Holding the Nokia 1, you will definitely feel a nostalgia feeling with the polycarbonate Xpress-on covers. Thankfully, Nokia is not taking anything away from you but they are actually bringing it back piece by piece.

The Nokia 1 runs on the Android Oreo (Go Edition) OS, this Go edition allows the phone to run all apps seamless and efficiently. The price is indeed affordable and cheap.

And here is the one of the current biggest Android Smartphone from HMD Global. The Nokia 7 Plus device arrives with impressive specs and features, the design on the phone gives it another flashy look too.

Finally, Nokia officially made the Nokia 6 2018 official by launching it in China. We all can recall that Nokia launched the original Nokia 6 in 2017 precisely in January and that was their first take into Android Market and it was a BOMB!

The first Nokia 6 Sold Out in a Blink of eye approximately 60secs in China Store! This was a clear instinct that Nokia comeback was life threatening business for Apple and Samsung alongside with many others. 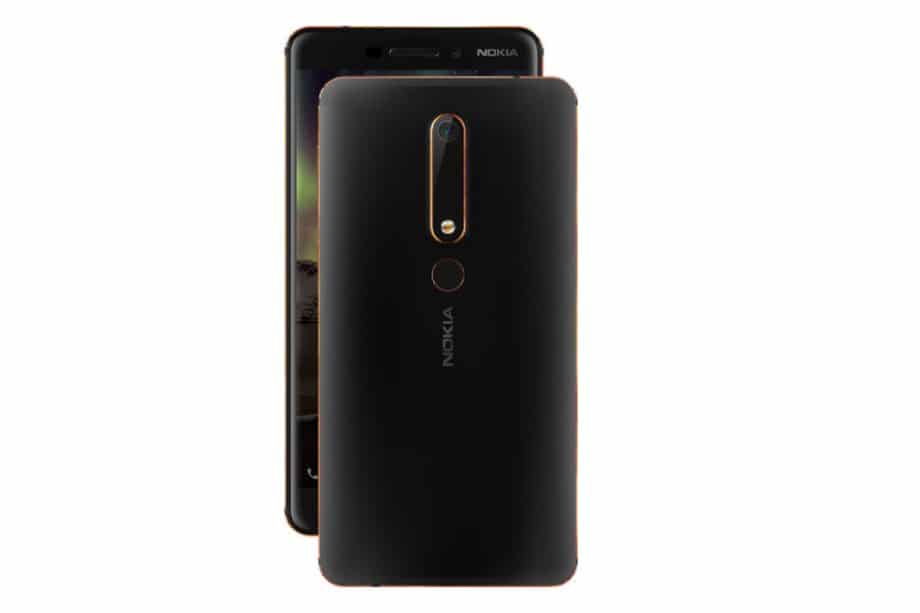 Introducing to you is the latest Nokia 2, which is undoubtedly labelled as a mid-range-Smartphone that comes with a 1GB of RAM.

The price of the Nokia 2 is incredible affordable and portable. It comes with a 4,100mAh battery, atleast, it can power up your phone for two day approximately, according to HMD Global. 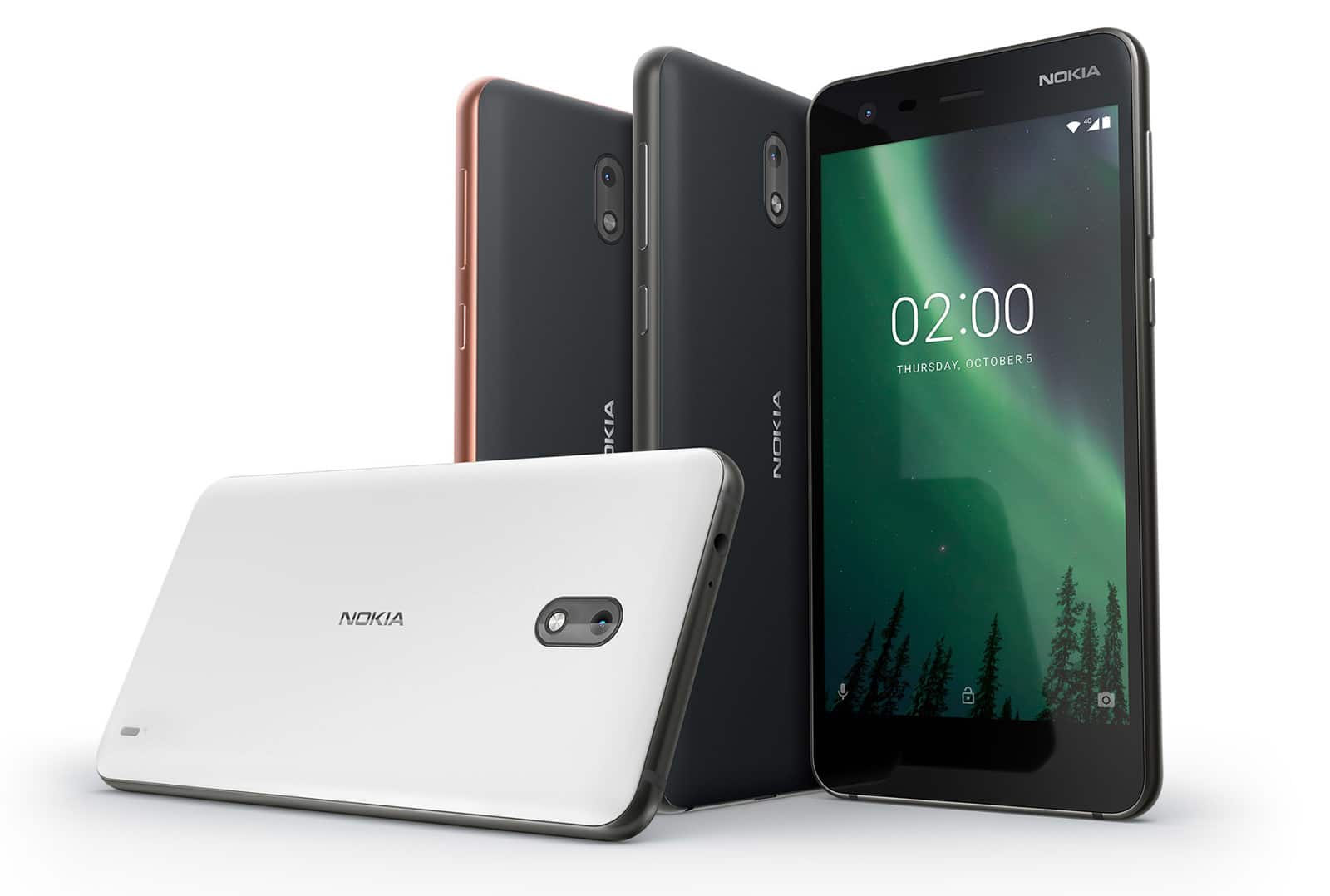 Today, the 19th of October 2017, HMD has officially launched Nokia 7 which is a mid-ranged Android Smartphone! HMD Global, tagged it as the “The Pocketable Beauty”

Thought, we had seen enough, but Nokia brought back the “Bothie” Dual-Sight technology! The Bothie allows you to take some shot with both front and back camera and it combines them into one!

All thanks to ZEISS imaging experience with Dual-Sight technology, highly sensitive cameras to capture crisp imagery even in low light conditions

On the Nokia 8, we gathered a lot of amazing rumors concerning the Flagship phone from Nokia and they were superb but on the other hand, it still had some flaws.

HMD says that the Nokia 8 will be one of the earliest adopters of Android O. It was recently launched and it features some cool specifications.

The Nokia 5 Android Smartphone is another Phone from HMD Nokia and it arrives with a lot of amazing specifications and yea, it is also available in Nigeria

It features strong Corning Gorilla Glass protection which is crafted from a single block of 6000-series aluminum.

And also, it comes with some impressive curves. It can be purchased via Online Portal or Offline Portal.

After the Nokia 6, HMD launch the Nokia 3310 but it is a feature phone and it stand no chance among the Smartphone. Then, we had the Nokia 3!

The Nokia 3 was among the top phones and the top 4 phones to be launched in Barcelona today the 27th of February! The Nokia 3 arrives with exquisite design and elegant curves.

The screen is as smooth as ever and very sleek and portable when holding it. Lets see the Nokia 3 Key features.

The Nokia 6 Smartphone was first launched in China and it is the company’s First Android Smartphone to arrive in 2017!

And not only that too, the Nokia 6 is the first Nokia Handset to be launched into the Android Smartphone business after the Lumia series.

It comes with amazing specifications and impressive designs and many others. The Nokia 6 was first spotted on Geekbench as Nokia DIC.

Where to Buy Nokia Phones

In Nigeria, Kenya, Ghana and other countries, the Nokia phones has been in stock on their perspective Online and Offline Stores in each country.

In Kenya: You can get the Nokia Phones at Jumia, Konga, Phone Place Kenya, Kilimall & Phones & Tablets Kenya.

The Nokia Smartphone business was one of the most successful business from Microsoft to HMD and we sincerely hope that they will continue to rise more and more.

If you are looking for Affordable Smartphone to get in Nigeria, is the Nokia Brand bad? I don’t think so entirely. Nokia phones has been good both in durability and also in price.

Well, we look forward to having more of the Nokia Phones in Nigeria including the newly launched Nokia 8 which is their Flagship Smartphone.

And stay glued to this post, as I will continue to update this list whenever, Nokia launches New Phone!