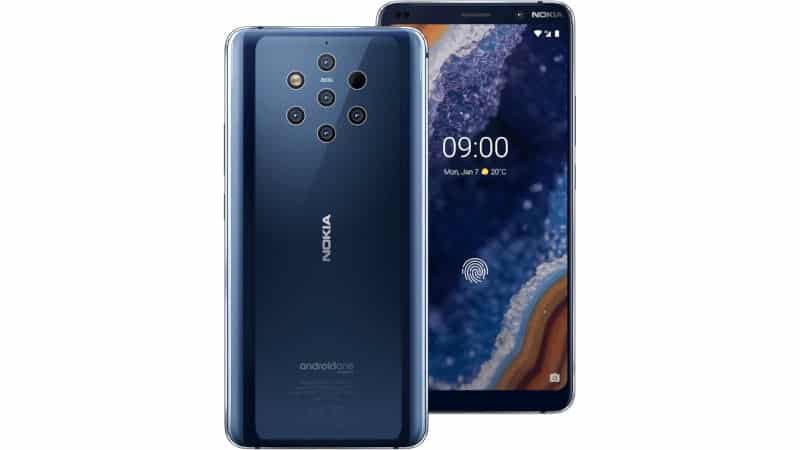 The long most awaited Smartphone, Nokia 9 PureView with Penta-Lens Camera, and the previous Qualcomm Snapdragon 845 SoC processor has been unveiled at the Mobile World Congress (MWC) 2019.

HMD Global was fully presence during the Mobile World Congress, they also unveiled other Android Smartphones, such as the Nokia 1 Plus, 3.2, Nokia 4.2 Android One Smartphones.

Nokia phone with five cameras is no longer a concept phone, neither is it a prototype but an actual phone with a name: Nokia 9 PureView.

The Nokia 9 PureView is an Android Smartphone with five cameras, that offers new levels of rich detail and color. All thanks to the cameras developed by Light.

The newly launched Nokia 9 PureView did not arrive with 1, 2, 3, 4 cameras at the back, but we are actually looking at the world first dauntless Smartphone with 5 rear cameras.

Actually, the Nokia 9 PureView might probably be the company’s most ambitious phone yet, and it is only suitable for users, customers that are in love with cameras.

If you diligently love the Smartphone world of cameras, then the Nokia 9 PureView handset might be the best mobile handset for you. This was actually the deal for Nokia 10.

It is worthy to note that, HMD Global has done a lot of great deal with the Nokia brand, since they got the license. Resurrecting the brand has been the major success.

For techies, and internet lovers, that are consistent with Smartphone leak news, then you will know that this Nokia phone is no new deal for Smartphone world. 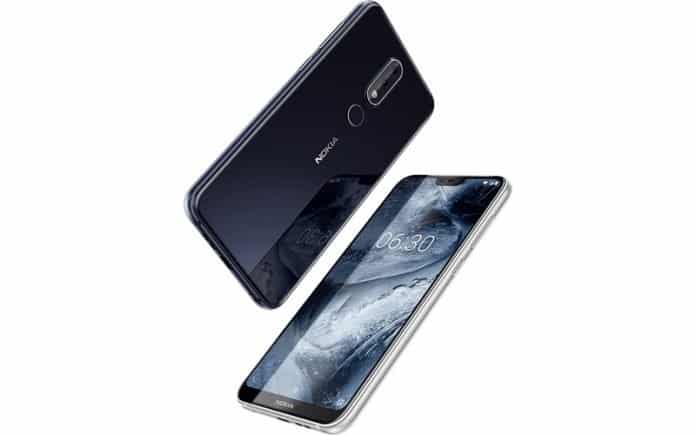 The new Nokia Smartphone was officially launched at a press event in Barcelona on the sidelines of the Mobile World Congress 2019, this was on Sunday.

Imagine having a Smartphone with 5 Penta-Lens Camera. that is all you need to take some cool powerful shot. It is just the future of how Smartphone will become in reality.

To make the mobile phone a classic, and stupendous mobile phone, it sports a Gorilla Glass on both the front and back sandwiching an aluminum side.

The Nokia 9 PureView will be offered in the sole Midnight Blue colour option. Nevertheless, the 5 Penta-Lens Camera is just the selling point here.

A 5 camera Smartphone is just a good deal, and the Nokia 9 PureView might be that great. Arriving with six cameras in total, 5 at the back and a single front facing camera for selfies.

The amazing five cameras setup is totally different, and the Nokia partnered with Light 16-camera L16. This is actually making it the first phone that the camera company has made any impact on.

It might be 5 rear cameras, but the specs aren’t different from the Camera phone beast, LG V40 and Samsung Galaxy S10 Android Smartphones.

A total of five cameras, where two cameras shoot in color and the other three cameras are monochrome. Anyways, each of the cameras has a 12-megapixel sensor and an f/1.8 lens.

Saying that, the mobile phone comes with three 12-megapixel monochrome sensors and two 12-megapixel RGB sensors. All the five rear cameras are certified with Zeiss lenses.

All of the cameras works together to form a magnificent decent photo shot. When the cameras are triggered, all five cameras shoot different exposures at the same time, which then get merged together into a single, , creating a single ultra-detailed image shot.

In order to manage the camera appropriately, and not based on the Snapdragon 845 SoC processor, which only handles the three lenses, the company used the Light’s Lux Capacitor camera-control chip.

Nevertheless, HMD Global also worked with Qualcomm to optimize the cameras as much as possible. In the front, there is a 20-megapixel selfie shooter.

The handset arrives with connectivity options such as Wi-Fi 5, Bluetooth 5.0, and NFC. Sorry to say this, the mobile handset failed to arrive with the traditional 3.5mm audio jack, but a USB Type-C port.

Nokia 9 PureView Android Smartphone is powered by the slightly older Snapdragon 845 processor, which were used on some of the best 2018 phones, Pixel 3 and Galaxy S9 Smartphone.

The Smartphone comes with 6GB of RAM, and 128GB of storage. It is fueled by a 3,320mAh battery capacity with wireless charging support.

Cameras has just been there for years, and it kept improving, and much more smarter. But recently, there is a radical increase in the camera lens count.

Starting from the one main camera, then there is the dual cameras which eventually became a thing, three camera, four cameras and we now have the five whole cameras. Which might be a thing in the future!