During the 2018 Mobile World Congress, Nokia Mobile launched various phones ranging from feature phone to Android Smartphones. And here is the Nokia 7 Plus Smartphone.

Anyways, before the launch, we had already displayed the rumored images, specifications and features. Nokia also launched the Nokia 8110 4G Reloaded feature phone during the MWC 2018.

Nokia 7 Plus Android ONE Specs 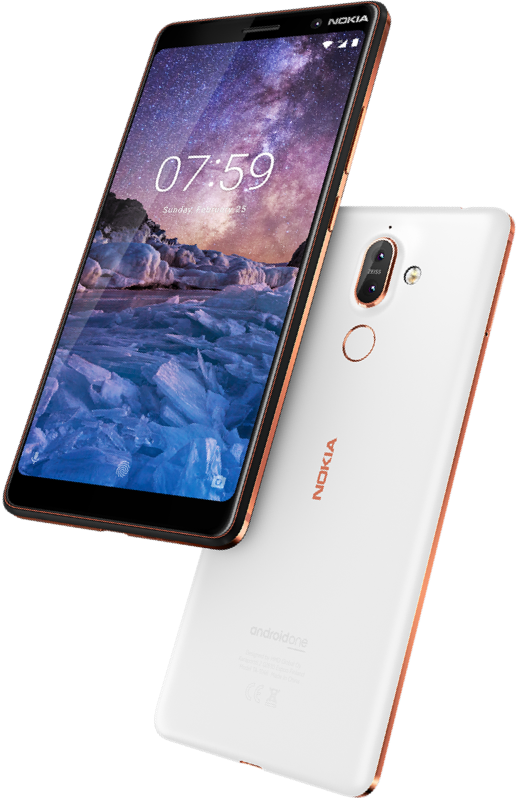 Price of Nokia 7 Plus

Looking at the above specifications and features vs the below rumored specs, then there is actually no difference. With the Android ONE, you can expect fairly timely updates to the OS, shortly after they roll out from Google.

Meanwhile for the price of the Nokia 7 Plus, it is expected to go on sale in April with a €399 ($490) price tag. Which put the phone in a more expensive place with other Smartphone companies.

The Nokia 7 Plus arrives with a 6″ IPS LCD Full HD+ display in its 18:9 screen ratio and there is also the corning® Gorilla® Glass 3 for the screen protection against minor breaks and scratches.

The Nokia 7 Plus comes with 2160 x 1080 resolution, 1:1500 contrast ratio and it arrives in Black / Copper, White / Copper colors. The phone is covered in a strong durable full solid unibody aluminium with its curves and ceramic-feel coating.

It sports a fine diamond cut which is about 2.75 mm edges with no antenna lines and at the back, there is a fingerprint sensor nicely placed under the dual zeiss camera with one powerful flash and there is the boldly written androidone at the back downside.

So with the rear and front cameras with flash, you can take a good pictures with friends and families and the perfect selfie is not excluded too even during the day or night, the 7 Plus covers you.

It sports an Internal memory 64 GB which is expandable via MicroSD card slot up to 256 GB, so you can store more photos, movies, videos, games, applications and many more and for more multitasking to run various apps at once, you a powerful 4GB of RAM.

And also runs on Android Oreo coupled with a Qualcomm® Snapdragon™ 660. And also with the Android ONE installed, it will have regular security updates and two years of OS upgrades means the Nokia 7 plus with Android One stays secure and features the latest Google innovations like being optimized for the Google Assistant.

On the battery life, it comes with a 3800 mAh battery that charges via a USB-C port, and there’s also a 3.5mm audio jack. The phone features a fast charging also.

The Nokia 7 Plus features a fingerprint sensor as its main security and there is also other regular security which is the pattern, passwords, pin.