Finally, after anticipating on the news that Nokia might return to the Android Smartphone business after some few years or probably month, the truth is that, they are BACK! Say hello to Nokia 6!

Nokia 6 is the first Nokia Handset to be launched into the Android Smartphone business after the Lumia series. And it has been making waves all over the internet. I really miss Nokia Phones, I am super happy! 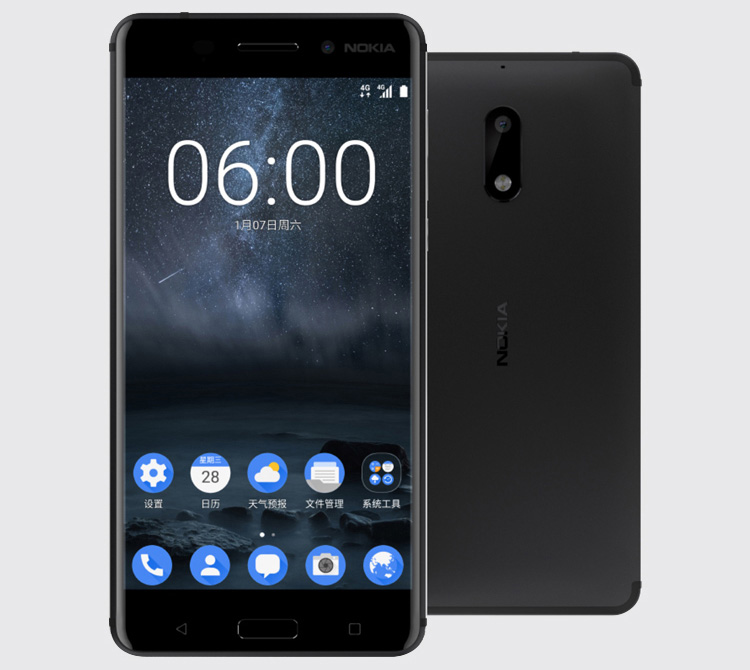 The durability of the Nokia battery, which is the most strongest area of the phone. And also the strong layers of the phone including the back and front. When a Nokia Phone falls, trust me, it definitely won’t crack.

According to the rumored specs of Nokia 6 Android Smartphone, it would be launching with the latest Android 7.0 Nougat-based Nokia 6, which features a 5.5-inch aluminium unibody with a “2.5D” contoured glass front. Yes, it is True!

The Nokia 6 is also packing a 1080p display, a mid-tier Snapdragon 430 processor with 4GB RAM and 64 of onboard storage, as well as dual amplifiers and Dolby Atmos for louder output than standard amps. The Nokia 6 is the first Nokia Android Phone launched by HMD in 2017!

Finally, Nokia is back! The Finnish owner HMD Global, has announced the Android 7.0 Nougat-based Nokia 6, which features a 5.5-inch aluminium unibody with a “2.5D” contoured glass front.

The specifications of the Nokia 6 Android Smartphone are really incredible and strong. Although, it was first spotted in October 2016 in a benchmark, when it was codenamed Nokia D1C. However, it looks like that version had only 3GB RAM and has since been upgraded.

People really think that Nokia won’t make it to the Android Business Market but guess what, one could drop them multiple times without having to worry about dents, scratches or damaged screens. Most of today’s smartphones won’t survive a fall from a coffee table without a bulky case and a tempered glass screen protector.

And more specifications attached to it, it arrives with a 1080p display, and 64 of onboard storage, including dual amplifiers and Dolby Atmos for louder output than standard amps.

The Nokia 6 also comes with a 16-megapixel rear camera and an 8-megapixel snapper in the front. However, Nokia phones promises that the device will offer exceptional battery life and graphics performance.

And also the handset also comes with a 16-megapixel rear camera and an 8-megapixel snapper in the front. And Nokia also promises that the device will offer exceptional battery life and graphics performance.

It’ll go on sale early this year for 1699 CNY exclusively in China (about $250). Meanwhile, we will update you more on the specs and launching date.