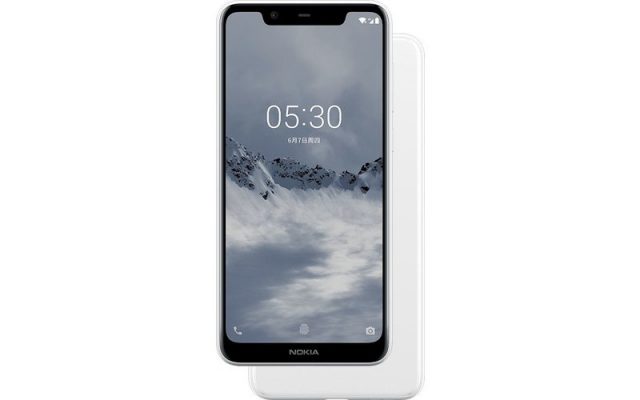 HMD Global officially unveiled the Nokia 5.1 Plus Android Smartphone with a notch display. Although, both the Nokia 6.1 Plus was also unveiled also.

It was globally unveiled on Tuesday but with wider notch display. HMD Global had a successful launch with the Nokia 5.1 (2018), along with the Nokia 6.1 (2018) and this is the successors.

As we all Nokia 6.1 Plus and Nokia 5.1 Plus are the global names for the exclusive China-launched Nokia X6 and Nokia X5. The distinct improvement on the latest Nokia mobile phone is worth writing home about.

Firstly, you’ll noticed the huge notch at the top bezels, which houses both the selfie sensor, receiver and other necessary sensors. The design is much like the Nokia X5 Smartphone.

It comes with a dual camera setup of 13-megapixels sensor supporting PDAF, f/2, while the secondary 5-megapixels brings in an in-depth of field lens, with a LED flash.

Thankfully, the smartphone runs on Android ONE, which is Google-certified optimized version of stock Android and will receive timely version updates.