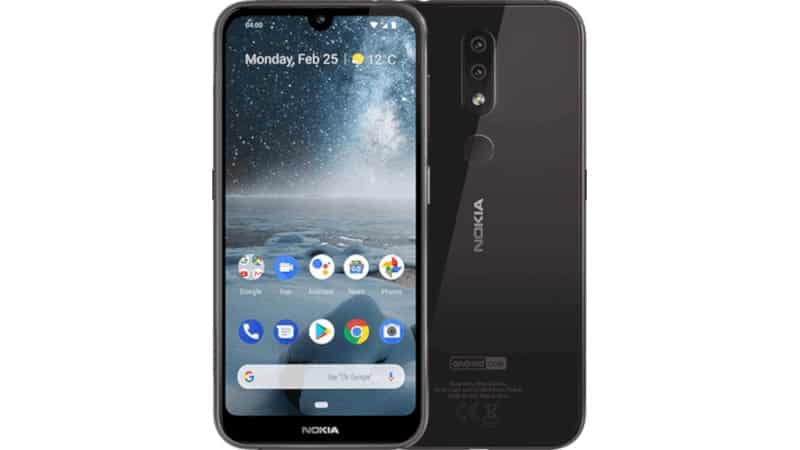 The Nokia 4.2 is also part of Android One program, and was announced at the MWC 2019, with dual camera, 3GB RAM, 3000mAh battery capacity, powered with Qualcomm Snapdragon 439.

Nokia 4.2 is the company’s first Smartphone to arrive in the series, just the first Nokia phone to start with 4 model number. It is a new beginning.

The Nokia 4.2 is neither a successor, nor a predecessor. And it comes with premium specs, than the Nokia phones that were launched during the event.

The phone comes with a 2.5D dual-glass design, on both the front and back and comes with a plastic polycarbonate frame, and the build looks more advanced and impressive than the recently introduced HMD Global phones.

Featuring a metal internal structure, and a 5.71-inch TFT HD+ (720×1520 pixels) resolution and 19:9 aspect ratio, which brings a slimmer bezels at the top, and a chin at the bottom.

Much like the Nokia 3.2 Smartphone, the mobile handset arrives with waterdrop-notched display, which houses the front facing selfie camera.

Much like the Nokia 3.2 Smartphone, the phone comes with a dedicated Google Assistant button, a notification light integrated within the power key.

The Nokia 4.2 will be available in Pink Sand and Black colors option, and still comes with a fingerprint sensor scanner at the back.

The Nokia 4.2 Android Smartphone comes with three cameras, a dual camera at the back and a single front facing sensor, as the selfie camera.

At the back of the phone, the Nokia 4.2 comes with a primary 13-megapixels f/2.2 snapper and a secondary 2-megapixels as the in-depth sensor, with phase-detect autofocus, and a LED flash.

The main camera also comes with night mode support, which stacks a couple of images to produce a better exposed low-light photo.

While the water-drop notch display holds the 8-megapixels front facing camera sensor, for taking a stunning selfie shots. Which doubles as an AI-driven Face Unlock.

The Nokia 4.2 cameras, including the dual rear cameras, and single selfie camera are enhanced with AI, Artificial Intelligence features.

Also sports other normal network and connectivity features, such as 4G, FM radio, NFC, and vanilla Android Pie courtesy of Android One is 4.2’s operating system.

The Nokia 4.2 Smartphone is powered by a Qualcomm Snapdragon 439 SoC processor, which is actually a mid-range processor but will deliver good battery optimization.

It runs on the latest Android 9 Pie of Android One. Available in 2GB RAM + 16GB and 3GB RAM + 32GB internal storage, which are expandable via micro SD card slot.